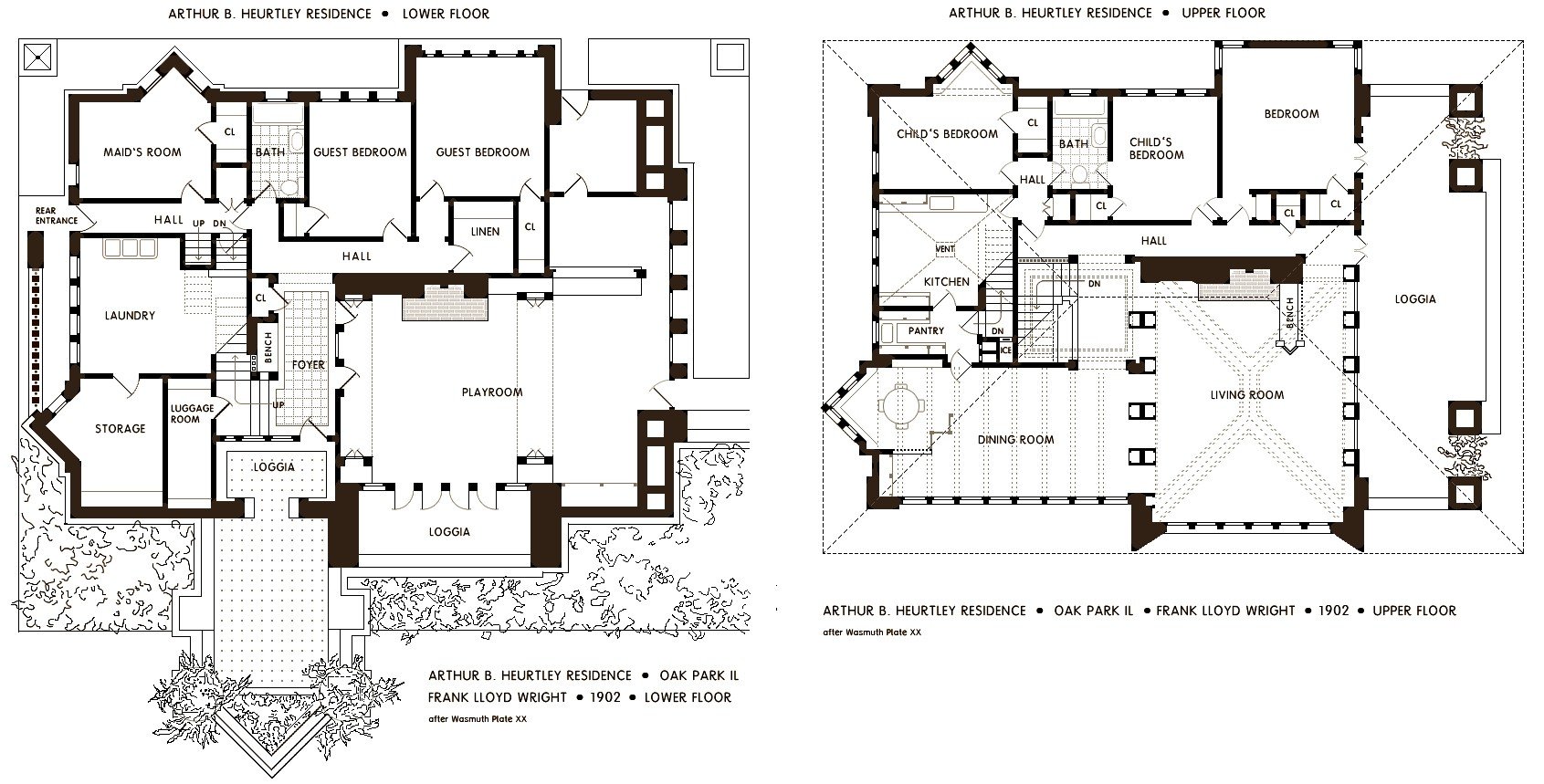 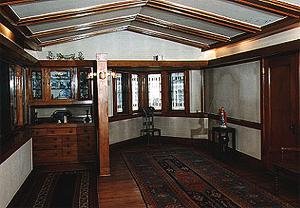 Frank Lloyd Wright is considered by many architects and architectural historians as the greatest American architect. Heavily influencing a new architectural style, designing over 1,000 architectural works, witnessing over half of those designs come to fruition, Wright left his mark on the American landscape for generations to come. In 1887, Wright dropped out of the University of Wisconsin with the goal of pursuing a career in architecture. He moved to Chicago where he found work at the architectural firm Adler & Sullivan. For the next six years, Wright absorbed the principles and theories of the burgeoning modernist architecture taking shape in America, and began developing his own architectural style that later became known as Prairie style.

The little suburban village of Oak Park, Illinois became Wright’s experimental playground for developing his new architectural style. During the time that Wright worked for Adler & Sullivan, he secretly designed four houses for his fellow Oak Park residents to supplement his income, which also allowed him to experiment with the designs and principles he would later use in his Prairie style of architecture. Known as his Bootleg Houses, the William H. Gale House, Thomas H. Gale House, Robert P. Parker House, and Francis J. Woolley House reflect the current architectural trends of the late-19th-century but possess unique features indicative of Wright’s design. When Louis Sullivan discovered these houses in 1893, Wright was charged with a breach of contract with Adler & Sullivan and he departed the architectural firm. With his new freedom, Wright established his own architectural firm out of his Oak Park home.

The William H. Winslow House became Frank Lloyd Wright’s first independent design. For the next sixteen years, he designed over twenty houses in Oak Park, during which time he perfected the Prairie style. With its distinguishing emphasis on long, low horizontals, low pitched rooves, and deep overhangs, this new architectural style aimed to reflect the landscape of the Midwest. Wright and his work became so influential and desirable around Oak Park that other residents commissioned other architects to construct houses in the neighborhood. By the time that Wright moved out of Oak Park with his mistress, there were over 80 Prairie style houses erected in Oak Park, believed to be the largest concentration of this style in America.

In 1970, the Village of Oak Park authorized an architectural study of its buildings. The survey identified 328 historically significant structures, 80 of which being of Prairie style which included all of those designed by Frank Lloyd Wright. Two years later, the village established the Oak Park Historic District on the local level to protect and preserve its valuable architectural resources. Then on December 4, 1973, the Frank Lloyd Wright – Prairie School of Architecture Historic District, which focused more specifically on Wright’s and other’s Prairie style buildings, was added to the National Register of Historic Places.