First Church of Christ and the Ancient Burying Ground

The First Church of Christ is Hartford's oldest church congregation, founded in 1637 by Puritan leader Thomas Hooker (July 5, 1586 – July 7, 1647). Hooker, along with roughly 100 followers, split from the Massachusetts Bay Colony in 1836, four years after the group had arrived in North America. Hooker not only established the new church in Hartford but also influenced the creation of the Colony of Connecticut as a democratic society bound by a written constitution. The present building is the congregation's fourth building and was completed in 1807. Meanwhile, the adjacent Ancient Burying Ground dates back to 1640 and served as the city's only cemetery until 1803. 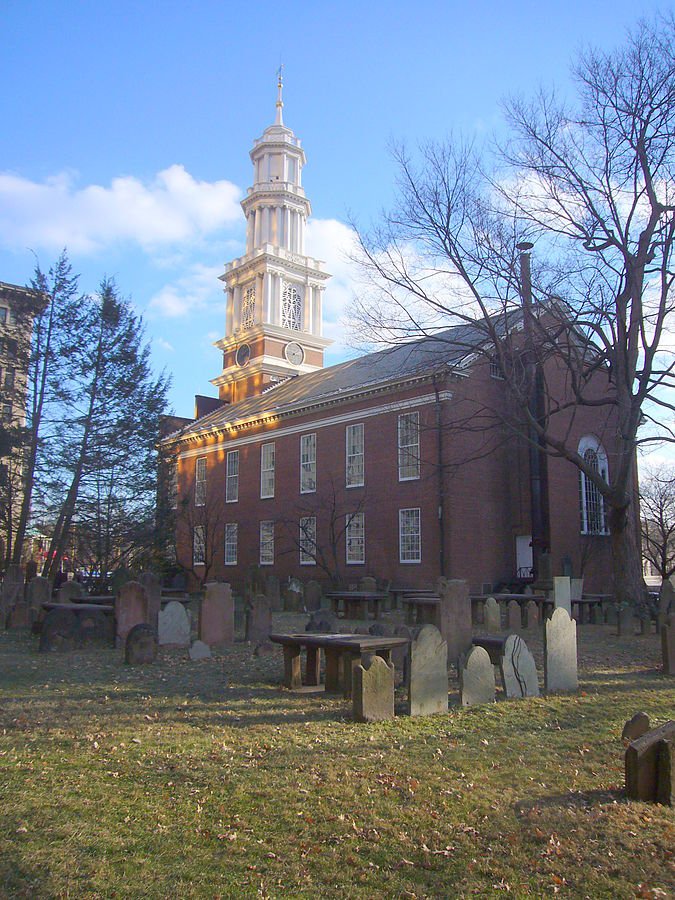 Ancient Burying Grounds at the First Church of Christ (in Hartford). 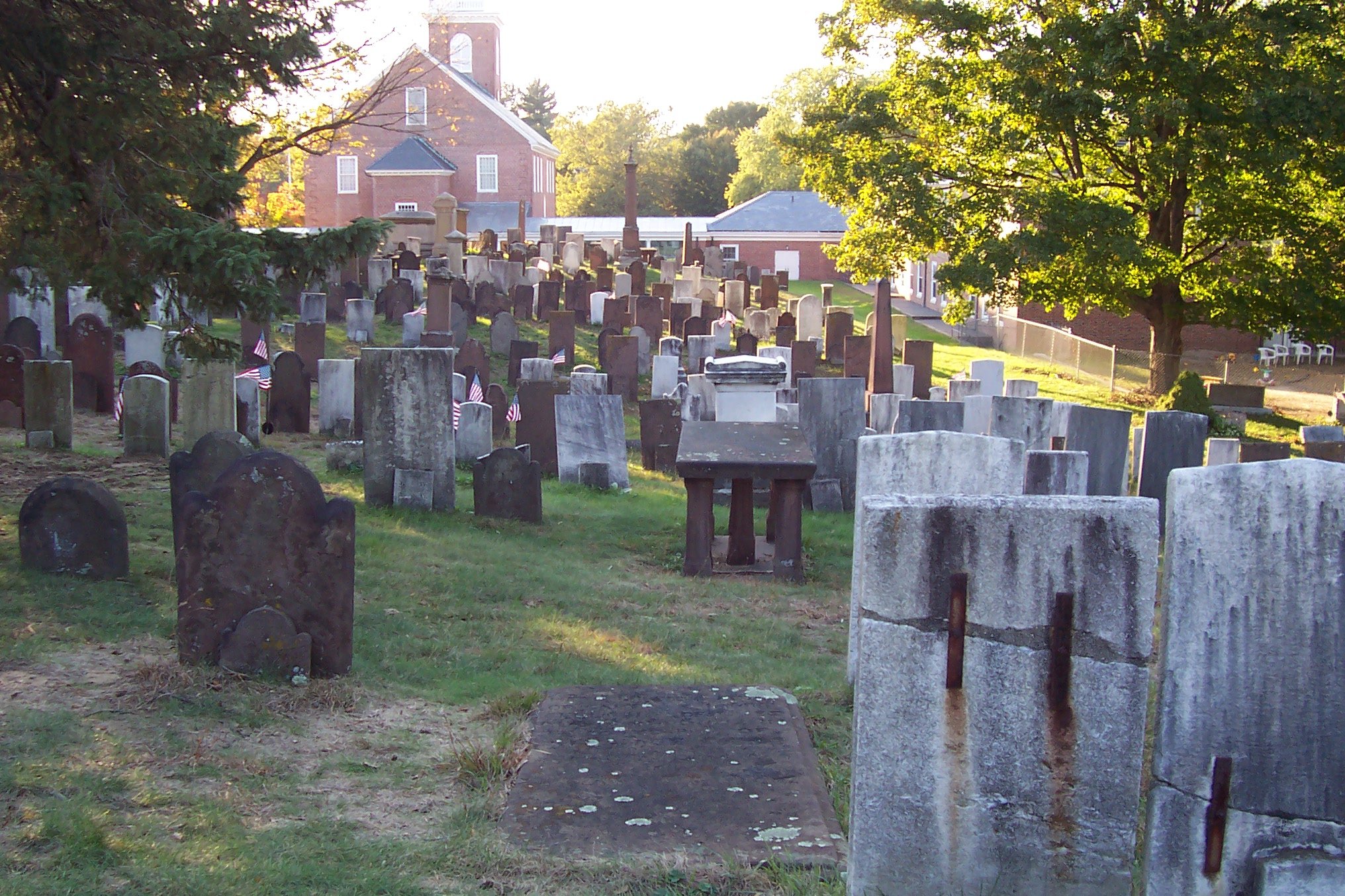 The historic church, built in 1807, serves as a memorial to Thomas Hooker and is considered by many to be the “father of Connecticut." Hooker (July 5, 1586 – July 7, 1647) was born in Leicestershire, England and attended Cambridge University where he felt moved by God to become a minister, a conversion experience central the Puritan faith that emerged from within the Church of England during the late 16th century.  Though he had no plans to leave the Church of England, threats of prosecution forced him to flee and join fellow Puritans in Holland before eventually sailing to North America in 1633 to meet John Cotton and the Puritan settlement in the Massachusetts Bay Colony. Hooker's theological differences with that group then pushed him and his followers to Connecticut, where he established the colony and a new church in 1637.
Although Hooker is labeled the "father of Connecticut," when he and roughly 100 other Puritans traveled to what is now Hartford, they encountered a few English settlements in the Connecticut Valley as well as plenty of indigenous communities. Additionally, a Dutch fort stood at the mouth of the Little River (later the Park River), slightly south of Hartford's current location. The group, led by Hooker, settled in the area and named their settlement Hartford after Hertford, England, the birthplace of Samuel Stone, a teacher who accompanied the group.
Along with establishing the church, Hooker greatly influenced local polity, even preaching on the subject of how governments should answer to the people. As a result, the Fundamental Orders of Connecticut established a civil government and written constitution that officially separated it from Massachusetts, recognized by Charles II in 1662 as the Connecticut Colony. Indeed, the constitution can be understood as the first of its kind in the colonies as it bound all members to the rule of law. This document, along with other colonial laws, influenced later thoughts about the nature of law and democracy leading up to and beyond the American Revolution.
In an age when church and state where not separate, Hooker's influence over the colonial government cannot be overstated as he became one of New England's leading Puritan theologians. The first, modest Meeting House opened its doors in 1636 followed by a second, more permanent structure in 1640, which included glass windows and a small steeple. The second meeting house served the community until 1739, and then, finally, the historic building arrived in 1807.
Meanwhile, the Ancient Burying Ground located next to the First Church was set apart by the town in 1610, serving as the city's only cemetery until 1803.  It is believed that Hooker is buried in the cemetery, although no market exists (some speculate his body rests under the newer pulpit recess). Other notables include Puritan leaders, a former governor, and the first child born in Connecticut to European parents.