Williamson Creek is a waterway that runs east from the Oak Hill neighborhood to McKinney Falls State Park in southeast Austin. In the 1970s the creek was used as a both as informal greenspace and as a drainage system. By 1982 overdeveloped in South Austin had overloaded the local water treatment facility and sewage was leaking into Williamson Creek, turning the creek into a blemish. A successful lawsuit led to the improvement of environmental conditions in the creek and the designation of significant portions of it as greenspace. Williamson Creek is surrounded by wildlife including blue jays, cardinals, and woodpeckers. However, the creek is flood prone. Following 2013’s Halloween flood, the overflow left more than 100 homes damaged. $18 million was used by city council to buy out the 70 homes that were most likely to be affected by a future flood. 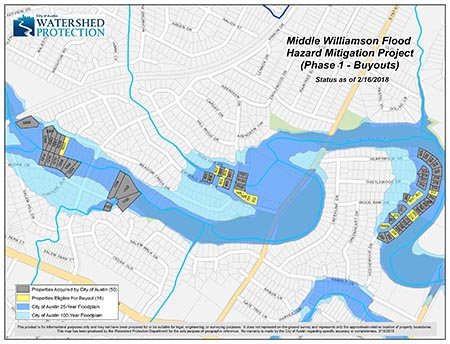 These are houses in Heartwood Dr that is located right next to Williamson Creek during the 2013 Halloween Flood. 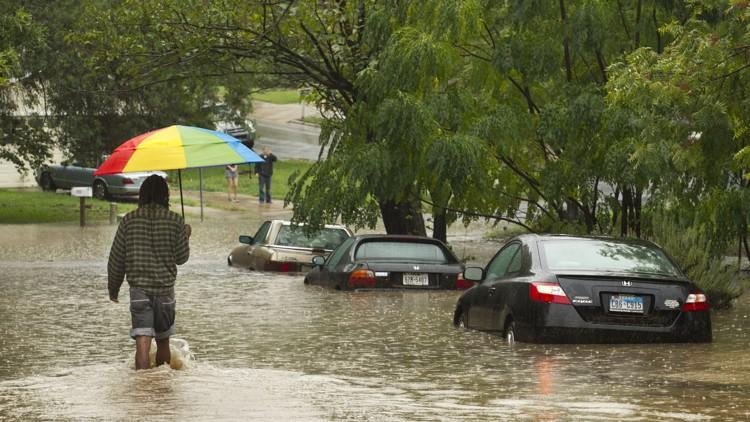 A home being flooded in Radam Circle during the 2013 Halloween flood. 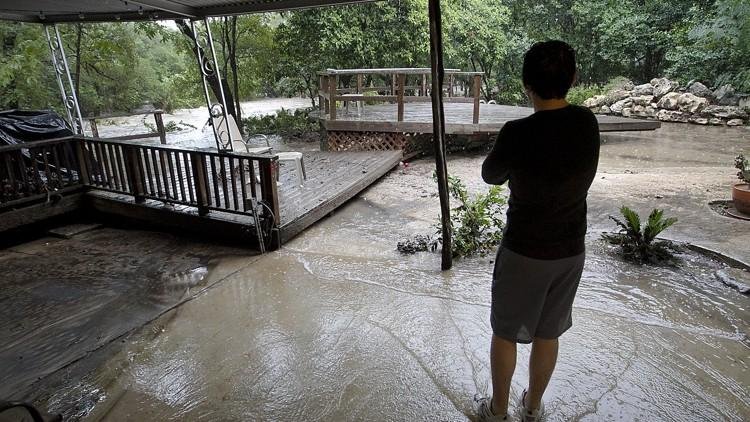 Residents who resided in the South Austin area near Williamson Creek asked environmental activists Jackie and Jack Goodman, who, in fact, were already involved in water and growth issues in the 1970s, to help organize neighborhoods alongside the creek to aid in the clean-up of a wastewater treatment plant on it. The city had built the plant in 1954, as a temporary facility to service the area, but it lacked the capacity to service the amount of new development that began in the area by the late 1970s. By 1982 the facility was leaking sewage into the creek. This prevented residents from walking alongside the creek due to the horrid smell. This not only affected Williamson Creek but also McKinney Falls State Park that was located just down the stream, and prevented swimmers to get inside the water due to the fecal pollution. A lawsuit forced the city to shut down the plant, and the neighbors learned they could help get things done.

Another challenge for people living along Williamson Creek is flooding. The creek floods constantly and easily after heavy rain. Developers built the neighborhoods along the creek using inaccurate flood zone maps. Residents living near Williamson Creek have always experienced some sort of flooding. For example, in 2001 residents living near Williamson Creek experienced a two-day rainstorm that brought about 14 inches of rain, causing major flooding. Despite the creek’s reputation for flooding, homeowners were reluctant to move since they had already planted roots in the neighborhood. One noted that she did not realize that her house was at risk of flooding.

The infamous Halloween Flood occurred on October 31, 2013 damaging over 200 homes along Williamson and Onion Creeks and taking the lives of five people. Just a week before this devastating flood homeowners were already suspecting the worst but no one in the area expected a flood as devastating as this. Just a week before this on October 13, 2013 there was a smaller flood that damaged at least 100 houses. The creek had a reputation for flooding people's homes, but yet no one wanted to leave. Homeowners had already planted roots in this neighborhood and wouldn't even think about moving out. As you can see from this quote people had spent time and money on their houses and wanted to make it work the best way they could.

This entry has been edited 35 times.