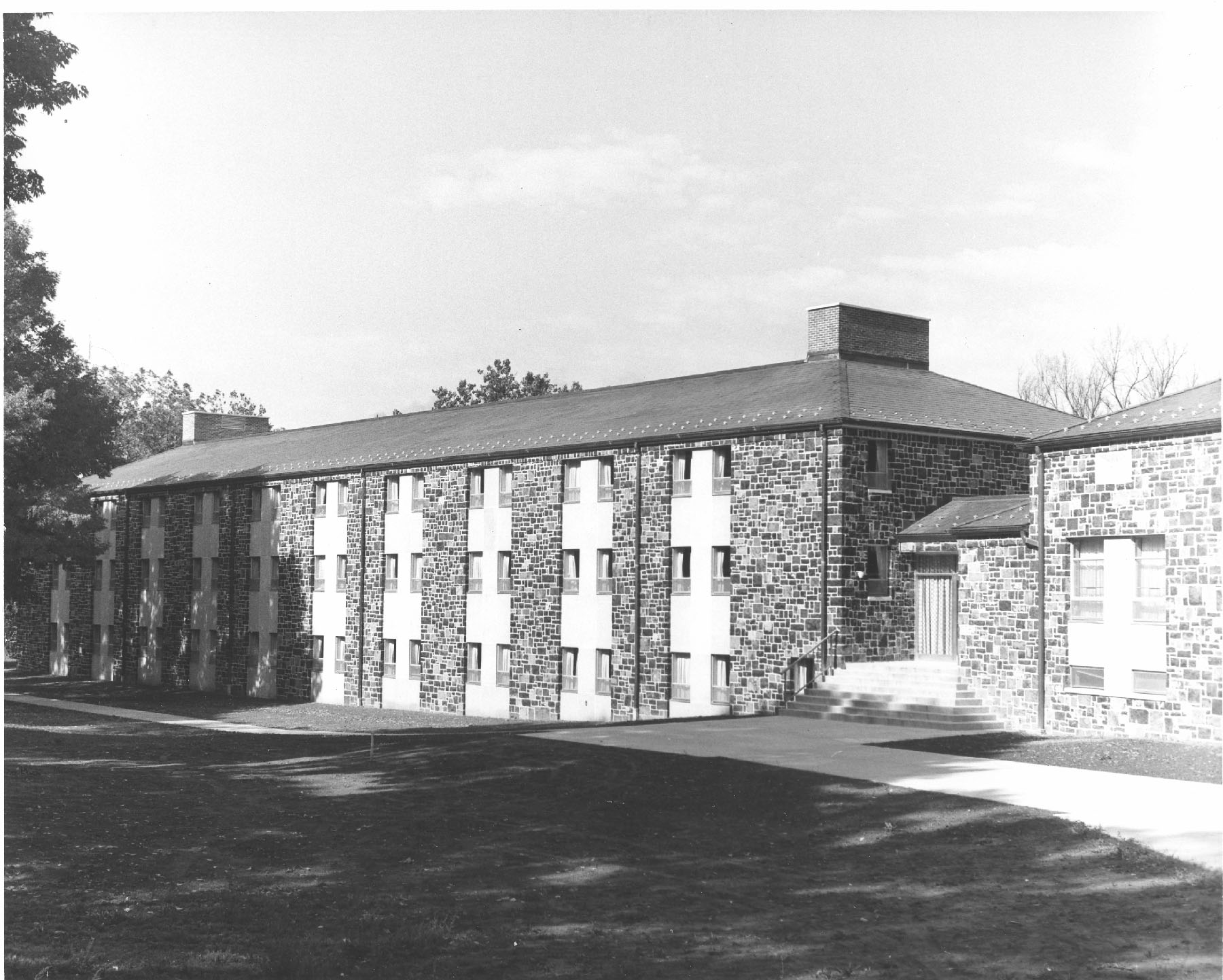 Rosenkrans Hall was started and completed in 1966 by the Austin E. Knowlton Company, of Columbus, Ohio. The hall sits on the south side of campus and is named after Lillian M. Rosenkrans. Rosenkrans was a prominant figure on campus in her role as the Dean of the College for twenty years. She also helped start the American Association of University Women, Franklin County branch. The dormitory has a modern rectangular symmetry, limestone exterior, and large windows.