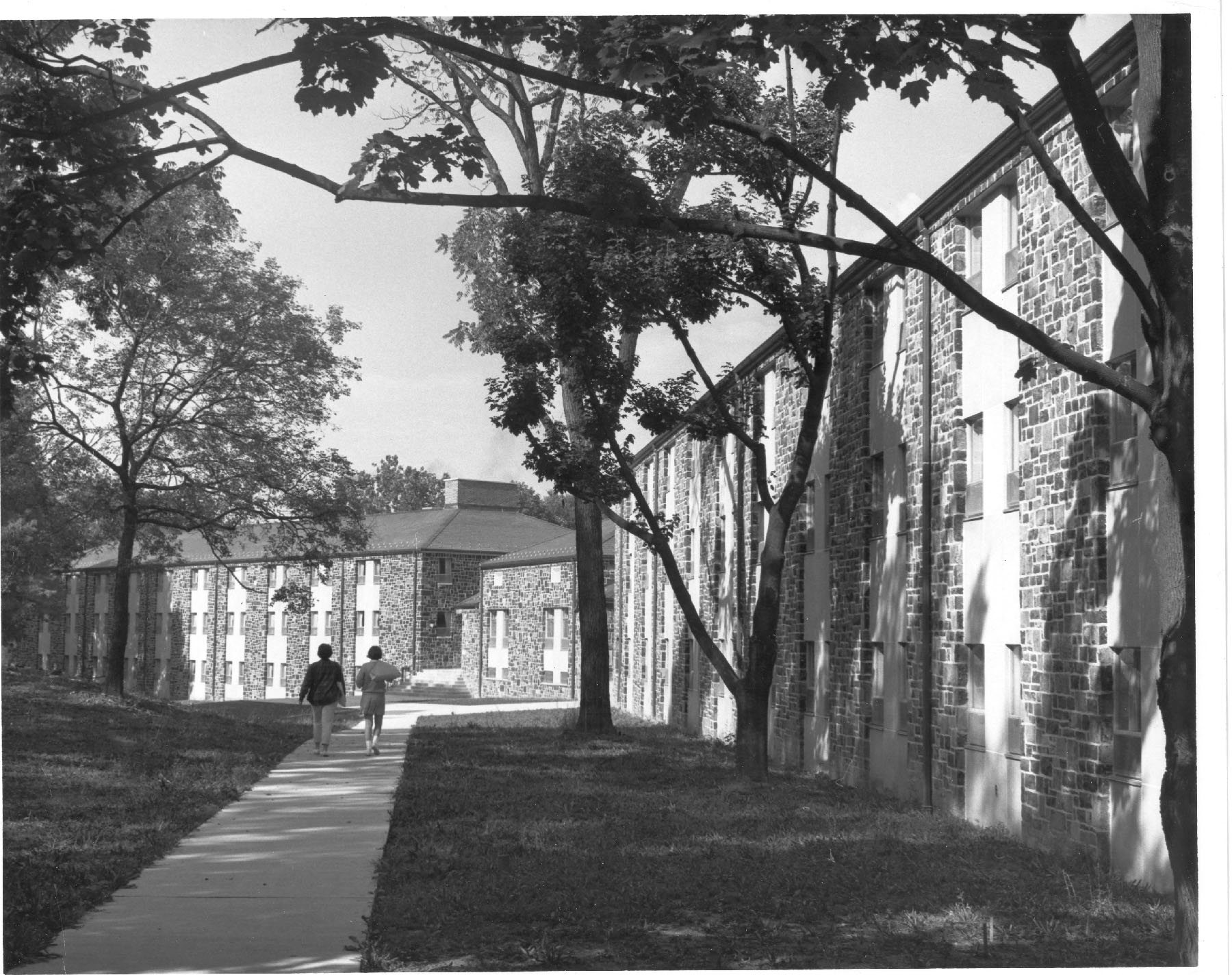 Disert Hall, designed by the Austin E. Knowlton Company, is named after Dean Margaret Disert. Margaret Criswell Disert graduated from Wilson College in 1920 with a Bachelor of Arts. She went on to receive her Master’s at Columbia University in 1927. She worked as a math teacher at Wilson from 1924-1928, and then as registrar and freshmen adviser from 1928-1938. In 1938, Disert was appointed as Dean of Wilson College, a position she served in until 1964 with a four-year absence. During her leave, which lasted from August 1942-September 1946, Disert served with the Women’s Reserve, United States Naval Reserve (WAVES). She was the first Pennsylvanian inducted in the WAVES and served as the Chief Waves Administrative Officer in the Office of Naval Officer Procurement, Philadelphia. The limestone dormitory was built in 1965.