The Soldiers and Sailors Memorial Building was originally a performing arts center dedicated to Raleigh County veterans of World War I. The idea for a memorial building came shortly after the end of the war, and planning and fundraising began in 1922. The structure was completed in 1932. In addition to hosting numerous live performances, the building has at different times housed the Raleigh County Library, the Beckley YMCA, and Raleigh County Courthouse. The most famous speaker to perform at the building was Helen Keller who came to Beckley in the 1960s. It has been occupied by the House of Worship Church since 2013. The Memorial Building is a part of the Beckley Courthouse Square Historic District, which was added to the National Register of Historic Places in 1994.

The Soldiers and Sailors Memorial Building was constructed in 1932 at a cost of $73,600. Image obtained from Locations Hub. 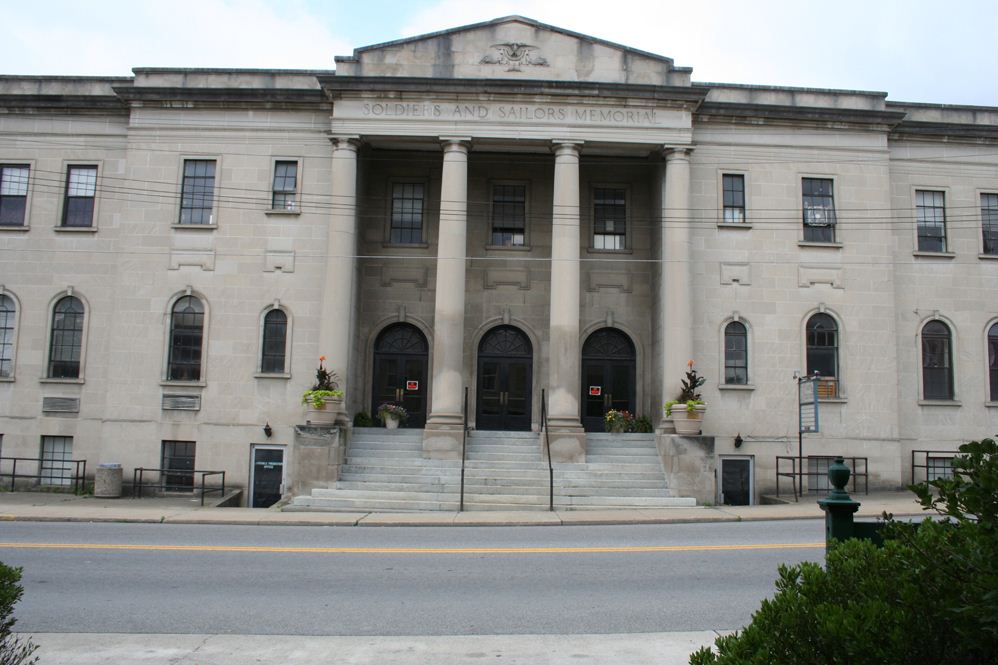 Over the years the building has served as a performing arts center, temporary courthouse, library, YMCA, and church. Image obtained from Locations Hub. 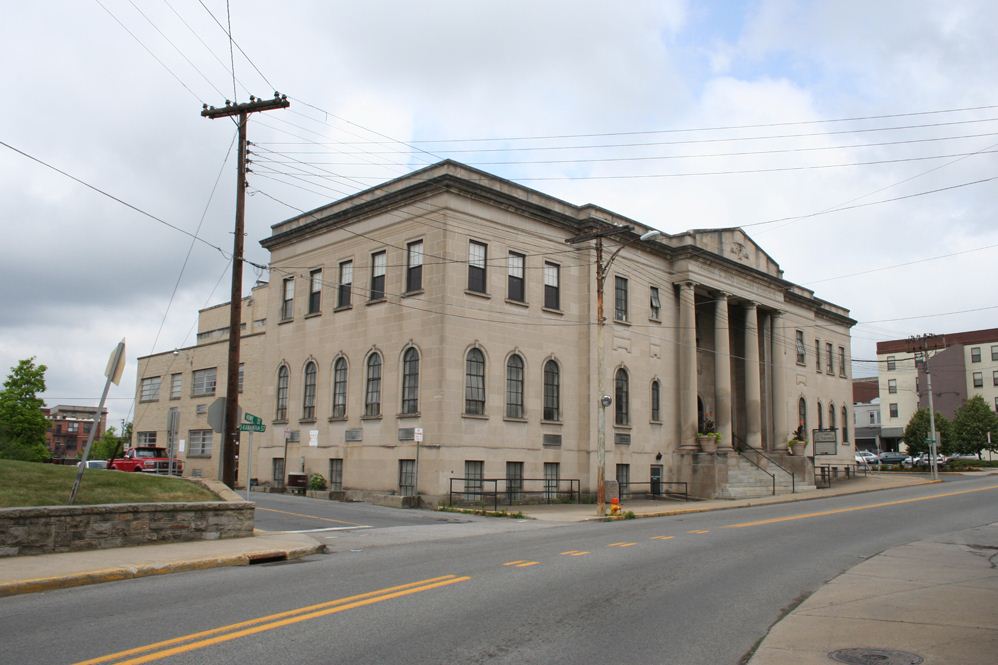 After the end of World War I in 1918, locals expressed interest in erecting a monument to honor the Raleigh County veterans of the war. On September 1, 1922, the Raleigh County Court authorized the creation of a new tax to raise money for a memorial building. Two lots on South Kanawha Street were purchased for $60,000 in 1925, and in 1931, the Mankin Lumber Company began constructing the building. During the cornerstone ceremony on November 15, of 1931, the temporary platform collapsed, injuring six people. The Soldiers and Sailors Memorial Building was completed a year later at a cost of $73,600. It was formally dedicated on Memorial Day, 1932 in a ceremony attended by 1,500 people; Gov. John Jacob Cornwell gave the keynote speech.

The Soldiers and Sailors Memorial Building was originally a performing arts center and over the years hosted many events. Notably, Helen Keller once presented at the memorial. The building has served many other purposes in addition to performances. For just over a year from 1936-1937, the Raleigh County Courthouse relocated to the memorial building while a new courthouse was being built. Shortly after, a section of the building was set aside to serve as the Raleigh County Library where it remained for four decades before moving in 1976. A County Civil Defense office and a fallout shelter were opened in 1961. From 1964 to 1979, the Beckley YMCA leased space in the building. The memorial sat vacant for over a decade after the YMCA relocated. In 1993 the Soldiers Memorial Theater Inc. was established to once again use the building for the performing arts. The group rented out spaces for art, music, dance, and yoga classes, and held regular events such as art exhibitions, open mic nights, and plays.

During the 2000s concerns arose over the viability of the memorial building. The Raleigh County Commission was paying $50,000 for utilities and maintenance, and the programs ran by the Soldiers Memorial Theater were not generating enough revenue to cover the costs. In 2010 the Commission announced plans to give control of the building to Theatre West Virginia, which would use it as a year-round indoor facility for its productions. The project was short-lived, and the House of Worship Church took over and has occupied the space since 2013.