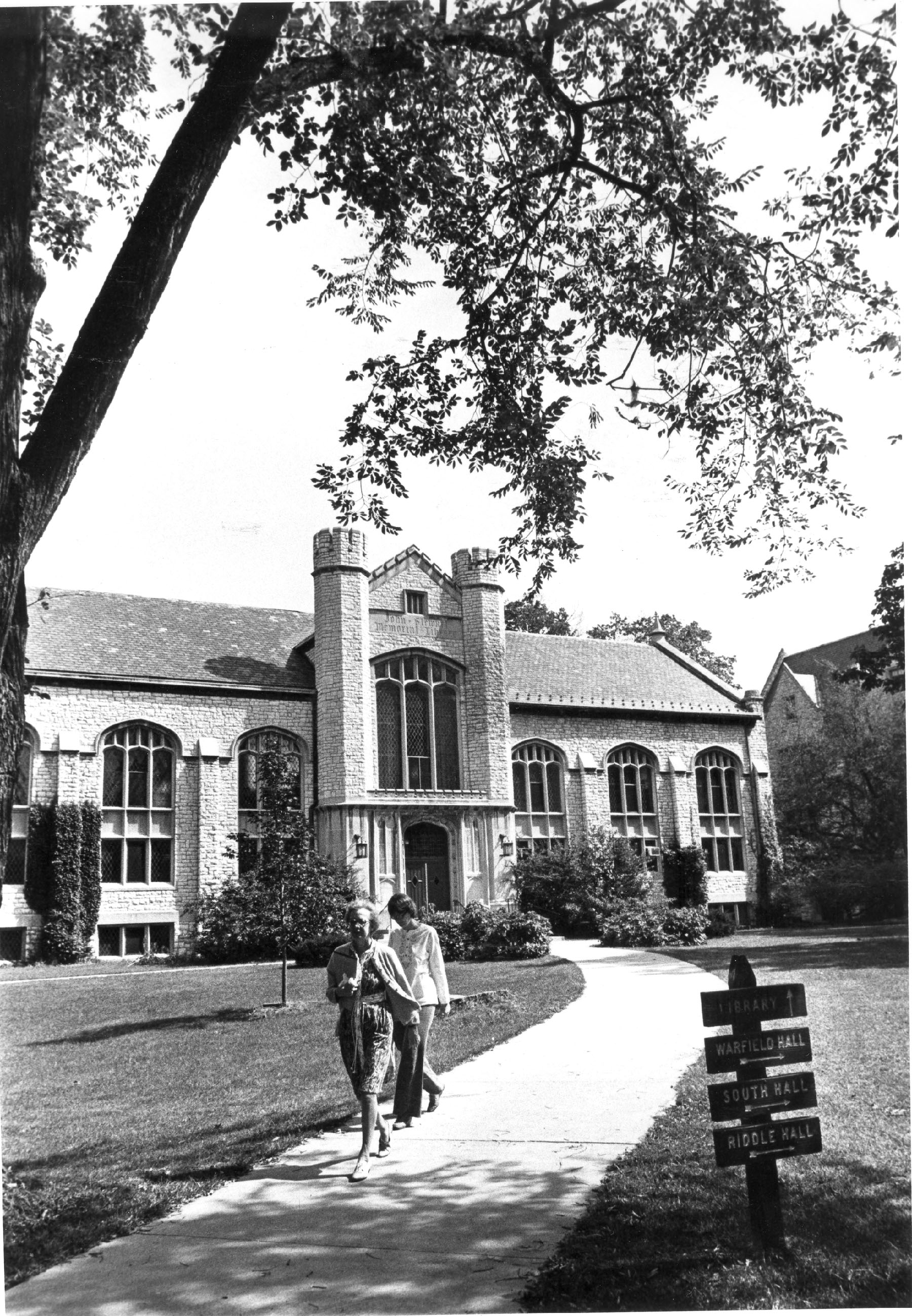 The John Stewart Memorial Library was built in 1923. Architects, Furness, Evans, and Company of Philadelphia modeled the building in a popular style of other prestigious colleges in the United States, The architectural style, Collegiate Gothic, focuses on elements such as buttresses, dormers, arches, and limestone bricks. The John Stewart Memorial Library was named by George H. Stewart, in memory of his brother John. An annex was added to the library in 1966 to create space for more volumes. The annex was torn down to create a new addition, completed in 2016, which includes dramatic new space for a learning commons, new technology, an art gallery and a new bookstore.