Continuing the success of his design of Chicago's Marina City, Bertrand Goldberg built this complex as part of his “city within a city” concept that offered residents a blend of urban living within a community. In 1968, Goldberg put forth his River City project which offered a second mixed-use, high-density community along the Chicago River similar to his Marina City complex. Organized in groups of three 72-story tall cylindrical towers connected by skybridges, Goldberg intended to create a new concept of a city he hoped might inspire future developments. However, it took ten years for his architectural firm to acquire the necessary permits for such an ambitious building project. Ultimately, River City would be constructed horizontally instead of vertically and arranged in a snake-like fashion. River City would be Bertrand Goldberg’s final urban housing project. While it was a success, his vision of building a city-within-a-city as a model for urban development was only partially realized. 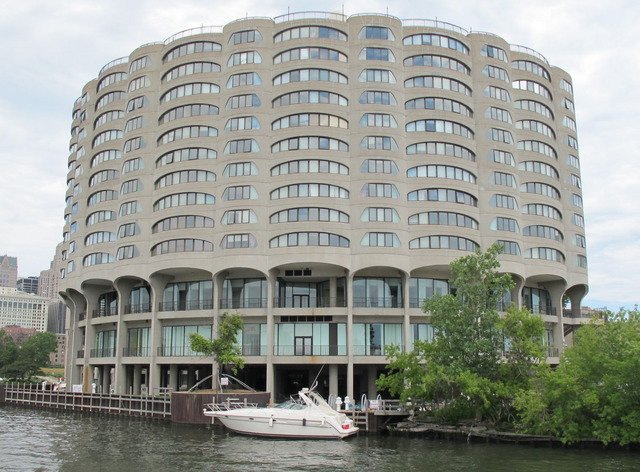 River Road within the inner atrium 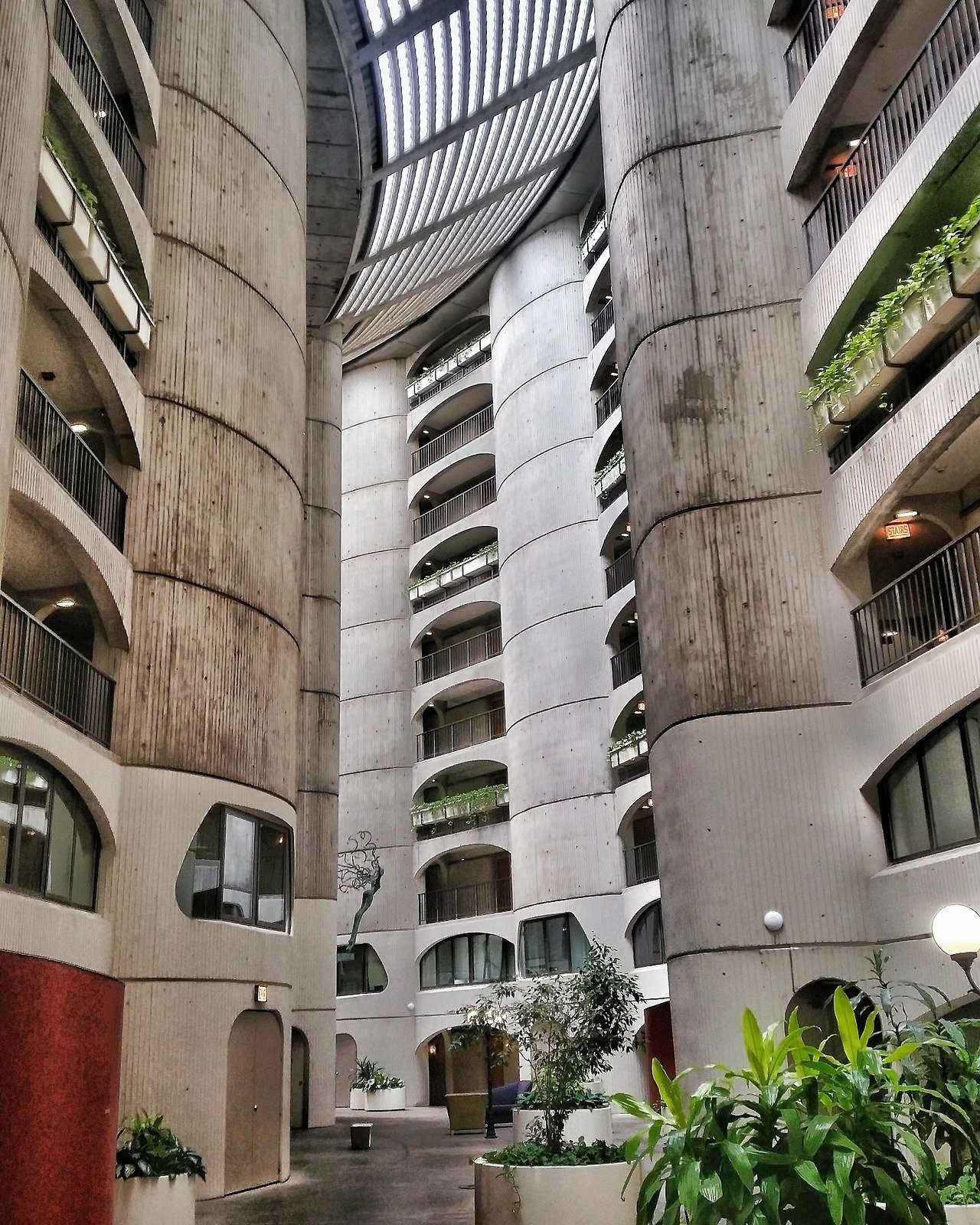 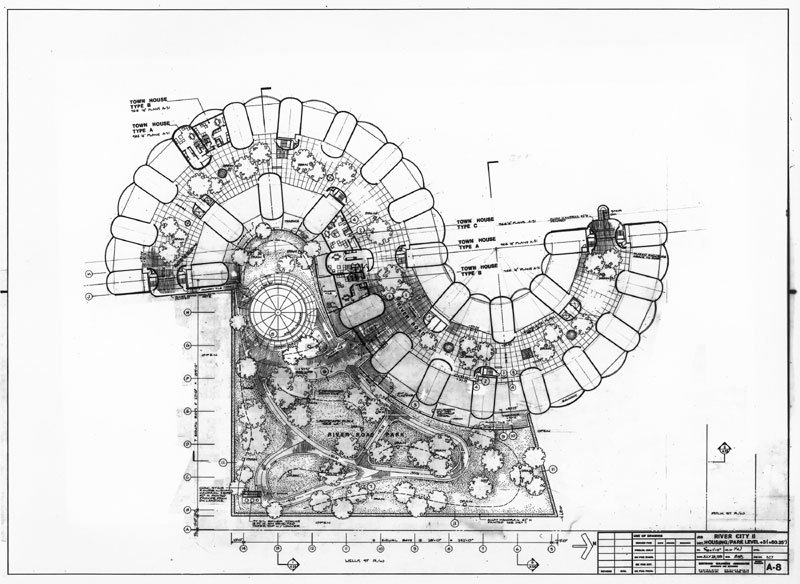 In 1968, after the success of his Marina City, Bertrand Goldberg envisioned the culmination of his “city within a city” concept with his River City project. From the beginning, River City was designed to be another mixed-use, high-density community along the Chicago River just outside of the Loop.

Construction began on River City II in 1983 and was completed in 1986. This mid-rise housing complex varied in height from eight to fifteen-stories and contained 446 dwelling units situated over four-stories of commercial space that included offices, restaurants, a gym, a private outdoor park, and a 70-boat marina. The façade of River City possesses vertically stacked curvilinear arches of each residential unit that is evocative of a railroad viaduct.

Unlike Marina City, River City did not offer balconies. Instead, the River City units possess clerestories on the interior that provides light from the inner atrium; and inside the atrium is River Road, a private concourse modeled after European streets that serves as the main artery for the building’s residents and visitors.

The River City II plan called for the extension of the snake-like structure, creating a small miniature “city within a city,” but that would ultimately never happen. A downturn in the real estate market during the mid-1980s stalled any construction for the foreseeable future. River City would be Bertrand Goldberg’s final urban housing project, and his dream of recreating urban society never fully came to fruition.