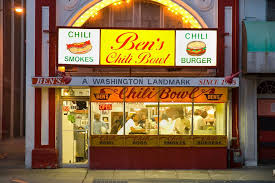 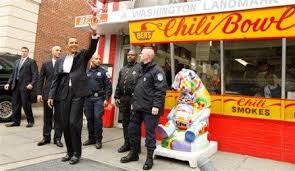 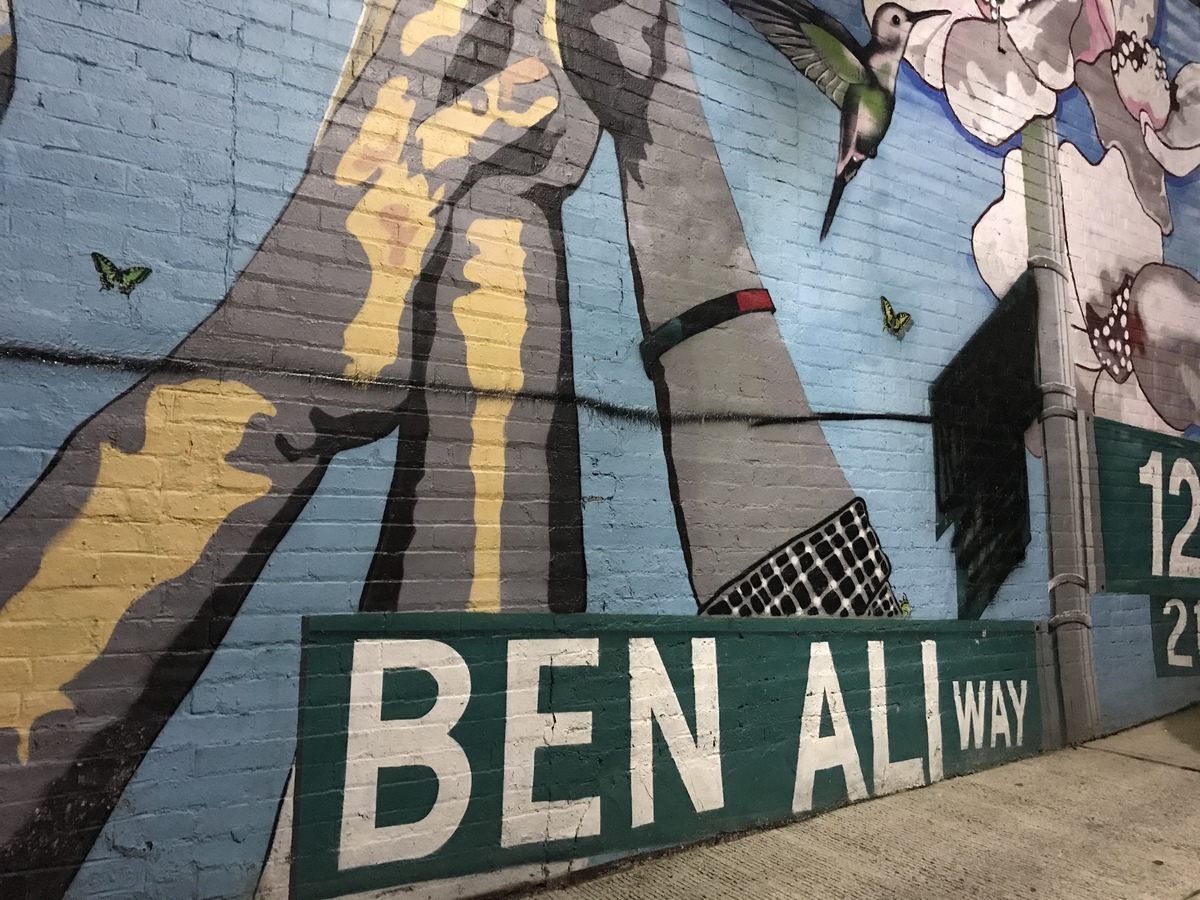 Trinidadian immigrant Mahaboob Ben Ali and his wife Virginia Rollins Ali spent $5000 in 1958 to renovate the building that would become Ben's Chili Bowl. Dating to 1910, the building had formerly been a silent movie theater and a pool hall founded by Harry Beckley, one of Washington's first Black police detectives. Ali had come to the United States to become a doctor, and studied dentistry at Howard University. After an accident, worked a series of jobs both before and after opening the restaurant. He sought to bring the spicy cuisine from his birthplace to Washington. In the beginning, chili was a topping for various meats, but was so popular that it became a dish on its own. A devout Muslim, Ali never ate any of his restaurant's famous pork dishes.

U Street was widely known as "Black Broadway" during the time, and segregation was an accepted practice in Washington, D.C. Notable jazz musicians such as Nat King Cole and Miles Davis often ate at Ben's when they performed at clubs on U Street.

The U Street Corridor was at the epicenter of the 1968 riots that followed the assassination of Martin Luther King, Jr. The restaurant fed both police officers and activists alike after owner Ben Ali (at the request of activist Stokely Carmichael) applied to keep the establishment open past curfew. The scene become so tense at one point during the event that Ben wrote the words "Soul Brother" in soap across the storefront window in hopes of deterring angry mobs from damaging the eatery.

The restaurant weathered difficulties in the neighborhood in the 1970s and 1980s as well as the construction of the Green Line which tore up the area around U Street. After the line opened in 1991, the neighborhood experienced a renaissance with Ben's Chili Bowl at the center. Politicians running for office in the capital often visited the restaurant, and it appeared in several films.

In 1999, the city named the alley next to the restaurant Ben Ali Way. Ben Ali died in 2009. Only months before his death, President-Elect Barack Obama dined at the restaurant. In 2012, the first mural on the outside of the building was painted. The mural has changed every few years, with its current mural by Aniekan Udofia. The business continues to be owned and operated by the Ali family.