The William Washington Gordon Monument was commissioned by the Central of Georgia Railway to honor him as the company's first president. The monument was designed by architects Henry Van Brunt and Frank M Howe. It was erected in 1883 on top of Yamacraw Indian Chief Tomo Chi-Chi’s burial site. The monument is forty seven feet tall, made of granite, limestone, and four columns made of red granite that are twelve feet tall. The columns support a slab of granite that have a globe supported by four winged Atlantes. One panel has a depiction of a train going over a bridge with Savanah’s port in the background. 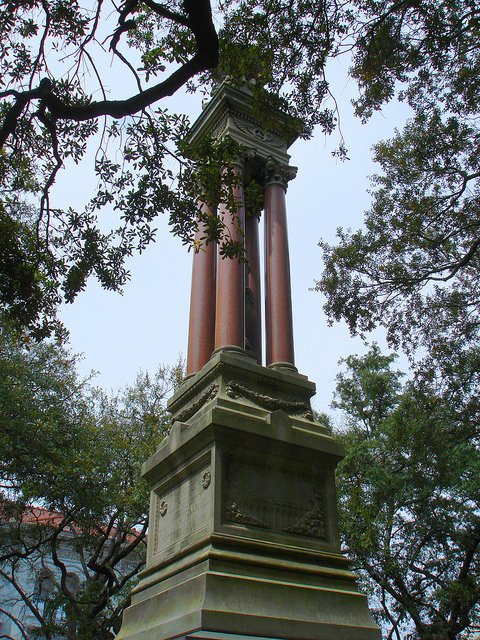 Postcard of the monument. Retrieved from Georgia Archives. http://vault.georgiaarchives.org/cdm/ref/collection/postcard/id/927 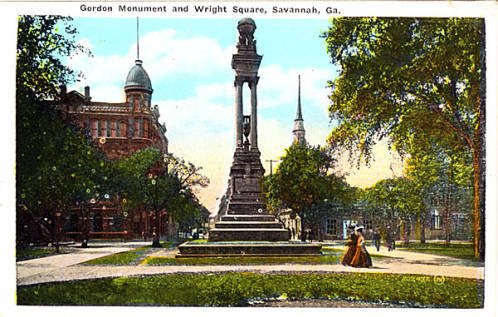 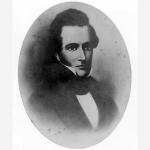 William Washington Gordon was born on January 17, 1796, on his father Ambrose Gordon's plantation in Screven County, which is on the border with South Carolina. When Gordon’s father died in 1804, the eight-year-old was sent to school in Rhode Island, where later he was appointed as a cadet at West Point, a U.S Military Academy. In 1814, he was the first Georgian to graduate from the academy. He was a lieutenant in the Ordnance Corps, but after less than a year, he resigned and returned to Savannah. Once he was back in Savannah, he studied law under Judge James Moore Wayne.

Gordon was admitted into the Georgia Bar, the state’s governing body of legal professions, in 1820. His career was successful, and he was a legal advisor for Savannah from 1822-1824. He was in the Georgia Hussars, a cavalry unit, where he was the captain from 1827-1837. Gordon was an alderman, or an elected member of the municipal council, from 1833-1836, and served as the Mayor of Savannah from 1834-1836. He was elected as a representative to the Georgia legislature in 1835, and in 1838, he was elected senator. While Gordon studied under Judge Wayne he met his niece, Sarah Anderson Stites. In March 1826, they married and later had four children, who they raised in Savannah in the house that eventually became the Girl Scouts of America Museum. Gordon’s granddaughter was Juliette Gordon Low, the founder of the Girl Scouts.

Gordon is most well-known for his involvement in the construction of a railroad from Savanah to the interior of Georgia. Gordon wanted to keep Savannah as the main port for the export of Georgia’s goods, rather than allow a new South Carolina railroad passing near Augusta to control Georgia's cotton trade. In 1833, the Georgia state legislature gave three railroad companies charters to lay down track. The Central Railroad and Canal Company of Georgia, later the Central of Georgia Railroad and Banking company was one of the railroad companies given a charter. Gordon, while alderman and mayor, struggled to gain funds for the initial financing of the railroad, but construction began in 1836. In March of that year, Gordon was put on the Central of Georgia Railroad and Banking Company board of directors as its first president. Due to this appointment, Gordon had to resign as mayor and leave his law practice, because the position took up most of his time. The railroad itself was to go from Savannah to the cotton belt of central Georgia, and Gordon worked very hard to see it to completion. In 1837, there was a setback because of a financial panic, but in May 1839 there were 76 miles of track laid, and stagecoaches provided transport to Macon, a city in central Georgia, at the end of the rail line. Gordon constantly traveled around the state to supervise construction of the railroad. He dealt with labor disputes and negotiated with planters to obtain the land to be used for the railroad. Gordon’s constant movement was thought to be a factor in his death at age 46, in March of 1842. He did not live to see the Central of Georgia Railroad’s last bit of track to be laid in 1843.

Gordon had a Georgia County created and named after him in 1850. The monument created for him on top of Tomo Chi-Chi’s grave says on one panel “ WILLIAM WASHINGTON GORDON, Born June 17, 1796, Died March 20, 1842, The Pioneer, Of Works of Internal, Improvement, In His Native State, And First President of, The Central Railroad and Banking Company Of Georgia, To Which He Gave His Time, His Talents, And Finally His Life.” Another panel says “ Erected A. D. 1882 By The Central Railroad and Banking Company Of Georgia, In Honor of a Brave Man, A Faithful and Devoted Officer, And to Preserve His Name in the Grateful, Remembrance of His Fellow Citizens”.