The Home of the BTK Killer

6220 Independence St. Park City, Kansas is the home address of the notorious serial killer, Dennis Rader. Rader was widely known as BTK, an acronym he created for himself that stood for “bind, torture, kill.” Before he was caught, Rader had lived in his Park City home for about 25 years (1982? - February 2005). He resided there with his wife and two children near the end of his killing spree. This was the house he lived in when he was finally caught. Now that the actual home is demolished, the site that remains holds an eerie homage to the killer who once lived on that land.

This is Dennis Rader’s mugshot at the El Dorado Correctional Facility in Kansas. He is currently serving ten life sentences, one for each life he took. 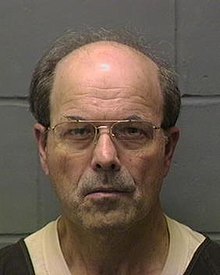 The arrest of BTK is featured on the cover of a local newspaper. His arrest was a huge relief to Wichita, Kansas, the city he terrorized the city for over 30 years. 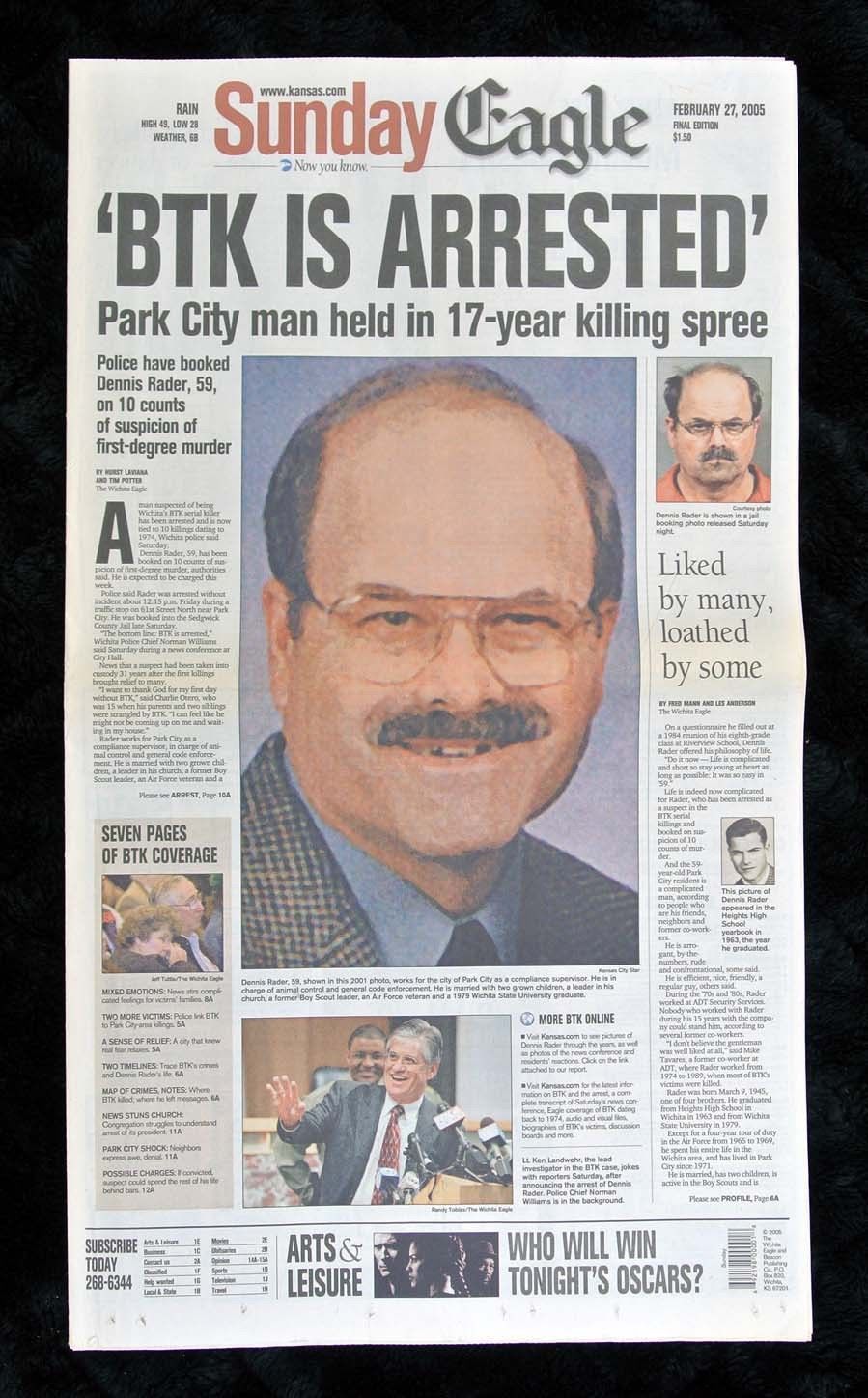 A police officer stands in front of Rader’s house, located at 6220 Independence St. Park City, Kansas. The house was auctioned off to Michelle Borin at the price of $90,000 in 2005. It was later demolished by the city in 2007. 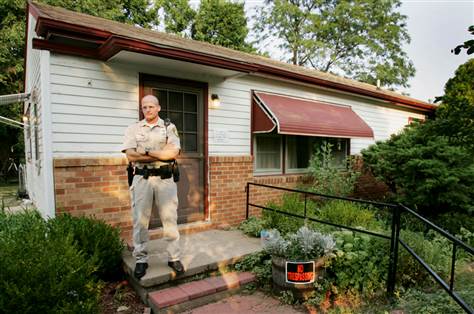 In the late 1970s, Wichita, Kansas was introduced to a killer who went by the name of BTK, which stood for “bind, torture, kill.1” His first victims were four members of the Otero family who lived in a small white house in Wichita. After murdering the Oteros, BTK would go on to kill six more victims, all of which were women who lived in Wichita2. BTK would often tease the Wichita police and send them cryptic messages about his murders. In these letters, BTK would mock the police force and show them his superiority in the situation. BTK remained unknown until he was caught in 2005 as Dennis Rader, a resident of a suburb 15 minutes outside of Wichita3.

From 1971 to 2005, Wichita was terrorized by a serial killer on the loose. Across the city, terrified young women were on the lookout and taking precautions to avoid becoming the next BTK victim. BTK had the entire city on edge. Even his unknowing wife was terrified of this looming threat. Little did she know, the killer was closer to her than she thought4.

When Rader was finally caught in 2005, everyone who knew him personally was shocked. They all related to authorities how he was one of the most trusting people they knew. Many said that he was a great father for his kids and an even better husband for his wife. It was evident that Rader’s personal life varied quite drastically from that of a serial killer who strangled his victims to death and taunted local authorities via cryptic notes5.

After Rader confessed to his crimes and was taken away, his home was auctioned off to Michelle Borin at $90,000 in 20056. Borin said that she wanted the property as "a real estate investor,” but that she would, “like to see all the proceeds go to Mrs. Rader and help her family out.7" Today, the home that the Raders called home no longer stands as it was torn down by the city in 20078. Dennis Rader now resides in the El Dorado Correctional Facility, where he is serving ten lifetime sentences, one for each life he took9.

Though the house itself no longer exists, its memory serves as a reminder of who once lived there and the secrets it hid for years. It represents the innocent and normal personal life that Rader lived while hiding his inner demons. Like the house, the facade no longer exists. Today, the world knows that Dennis Rader is BTK, a serial killer who is now serving the rest of his life in prison.