On a cool day in May, 1866, six buffalo hunters traveled along the Republican River in Jewell County, not far from present day Jamestown, when they met a band of Indians. Although no one knows for sure who fired the first shot, a battle waged and all six men were killed by the warriors, later identified as Cheyenne. The men who met their demise were Lewis Cassel, Walter Haynes, J.C. Roberts and T.B. Tallman, along with brothers Will Collins and John Collins. This “Lew Cassel Party Massacre,” as it soon became known, would spell doom for Indians in Kansas because it led to the revocation of the Little Arkansas Treaty of October 14, 1865, between the U.S. government and the Kiowa, Comanche, Plains Apache, Southern Cheyenne and Southern Arapaho tribes. More than 100 years later, in 2008, a memorial to the men killed was erected near their final burial site at a cemetery, called Pleasant View, located just west of Vining, Kansas. Costs for the memorial were funded by a descendant of the victims, Ted Collins, along with other family members. 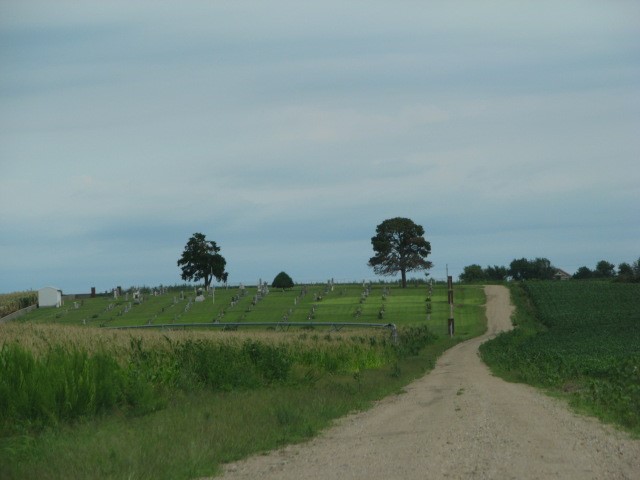 The Entrance to Pleasant View Cemetery, burial site of the participants of the “Cassel Party." Photo by Carol Mills. 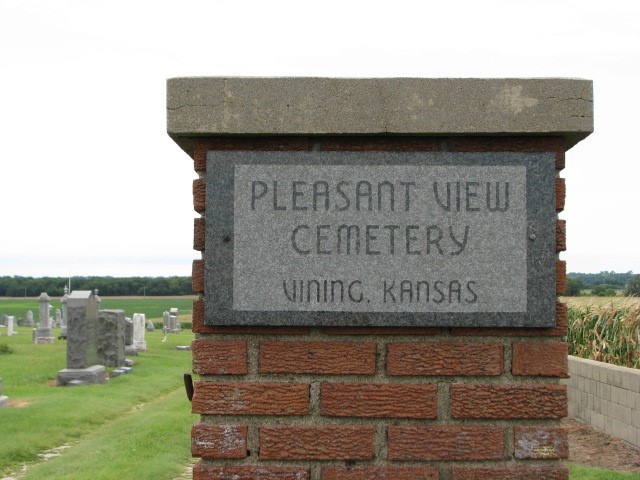 The stone memorial to the Lew Cassel Party. Photo by Ken Knepper. 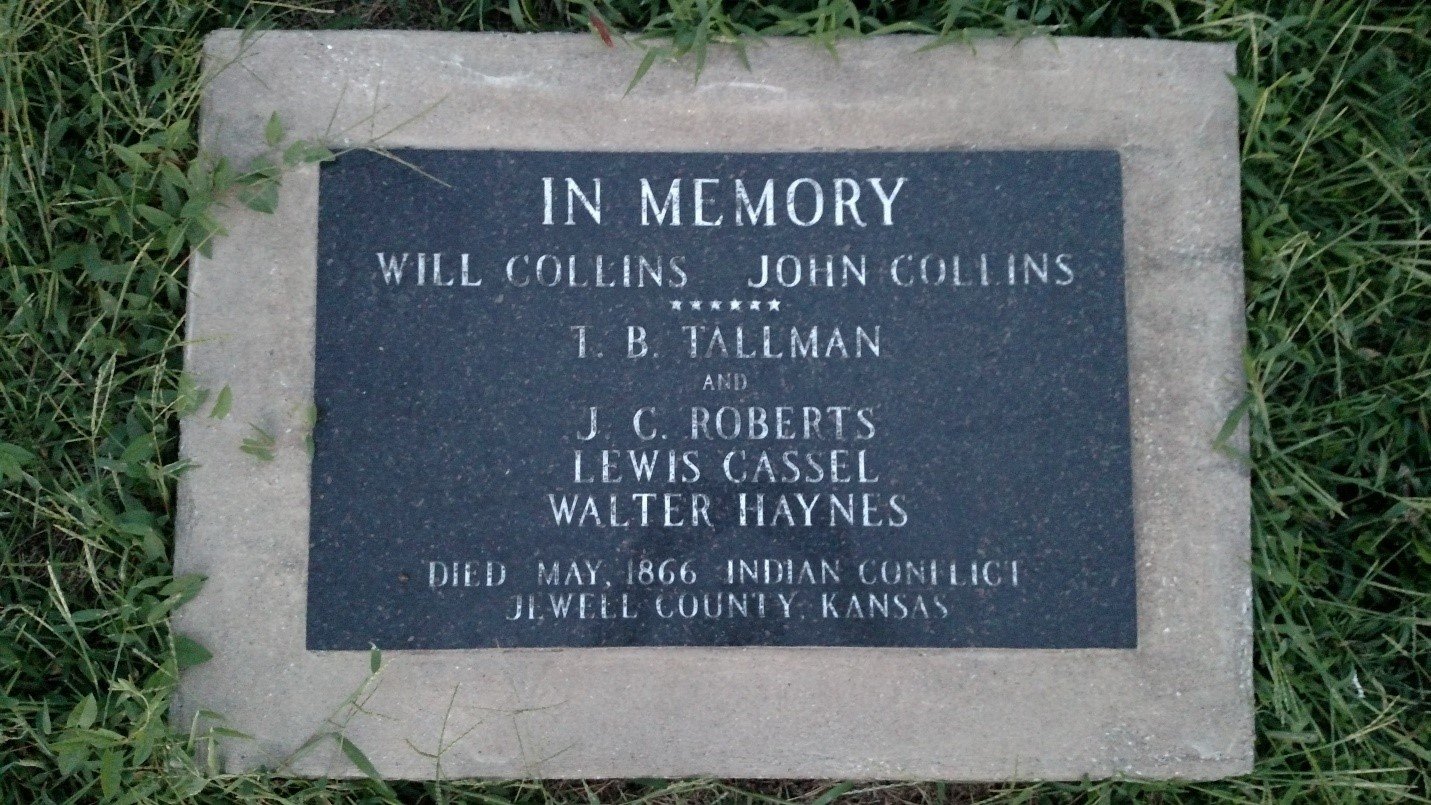 During the winter of 1865, a trapper by the name of Lewis Cassel heard of a Clifton homesteader having had his team of horses stolen by local Indians. As a veteran of previous Indian skirmishes, Cassel formed a posse that ended up stealing the horses back from a large group of Indians near Concordia. Once a friend of the area Indians, they viewed Cassel’s “theft” as an aggressive act and relations turned bitter.

Tensions grew more when Cassel began noticing his beaver traps being tampered with by what he assumed were the local Indians. During the winter of ‘65, Cassel caught an Indian tampering with one of his traps. A fight ensued and Cassel killed him, hiding his body beneath ice in the frozen creek and tossing a log over it to make it appear the Indian had accidentally fell in. Cassel believed his trick worked, but the tribe found the brave’s body and were convinced he was somehow involved in the death.

Months later while buffalo hunting in the spring of 1866, Cassel, along with a team of Walter Haynes, J.C. Roberts, T.B. Tallman, Will Collins and John Collins, were ambushed along the Little Cheyenne Creek. The entire party was killed and left to eventually be found by a search party from Clifton.

Many of the accounts differ about what tribe had actually carried out the massacre, however. One of the most widely regarded claims was that the killings were carried out by the Cheyenne. However, John G. Haynes, father of Walter Haynes, claimed, up until his death, that his son was killed by the Pawnee. Although there was no definitive proof, had the murders been been committed by the Pawnee, rather than the Cheyenne, the Little Arkansas Treaty of 1865 wouldn’t have been broken and peace might have been maintained.

Eventually, a memorial for the six men killed would be erected in the Pleasant View Cemetery, about one mile west of Vining, Kansas. Costs for the memorial’s erection was handled by Ted Collins – a descendant of the brothers -- and his family. A marker was installed in Section 1 Block 7 of the cemetery, near the tombstones of Lew Cassel and J.C. Roberts.

With the murders of the six men in the Republican River Valley, came an important moment in the revocation of the Little Arkansas Treaty of 1865. In the years following the event, a descendant of the Collins brothers would work with his family to memorialize the deaths of the six men. The stone reads, “In Memory -- Will Collins, John Collings, T.B. Tallman and J.C. Roberts, Lewis Cassel, Walter Haynes. Died May, 1866 Indian Conflict, Jewell County, Kansas.”

As a memorial, the piece doesn’t point fingers in any direction, but the most obvious interpretation is one of Indians murdering innocent men. Although killing can never be completely justified, the knowledge of Lew Cassel’s perceived theft of Indian horses and ultimately his murder of an Indian, helps to put conflict’s occurrence into perspective.

Unfortunately, the small stone, which memorializes those men, has no other details besides the initial, “Died May, 1866 Indian Conflict.”

Although many people outside of Vining never walked the tall fescue grass leading to the top of a grassy hill where the memorial rests, it remains a poignant reminder of the struggles of those, who initially settled in the area. It reminds us that the seemingly small Kansas town bordering Clay and Washington Counties in North-Central Kansas remains an important piece of Western history.