Now largely collapsed, the Pilcher Tunnel lies east of Athens, near Canaanville. The Marietta and Cincinnati Railroad began constructing the tunnel in 1855 as part of the line that ran from Marietta to Athens. The line to Marietta opened for rail traffic in 1857 while the tunnel was still under construction. For years trains had to climb the hill, until September of 1865 when the tunnel opened. Not long after, in 1868, a fire damaged a large portion of the tunnel's wooden reinforcement. The railroad repaired the tunnel, replacing the wooden reinforcements with stone arches, but after the Baltimore and Ohio abandoned the line in the 1870s the tunnel fell into disuse and disrepair. 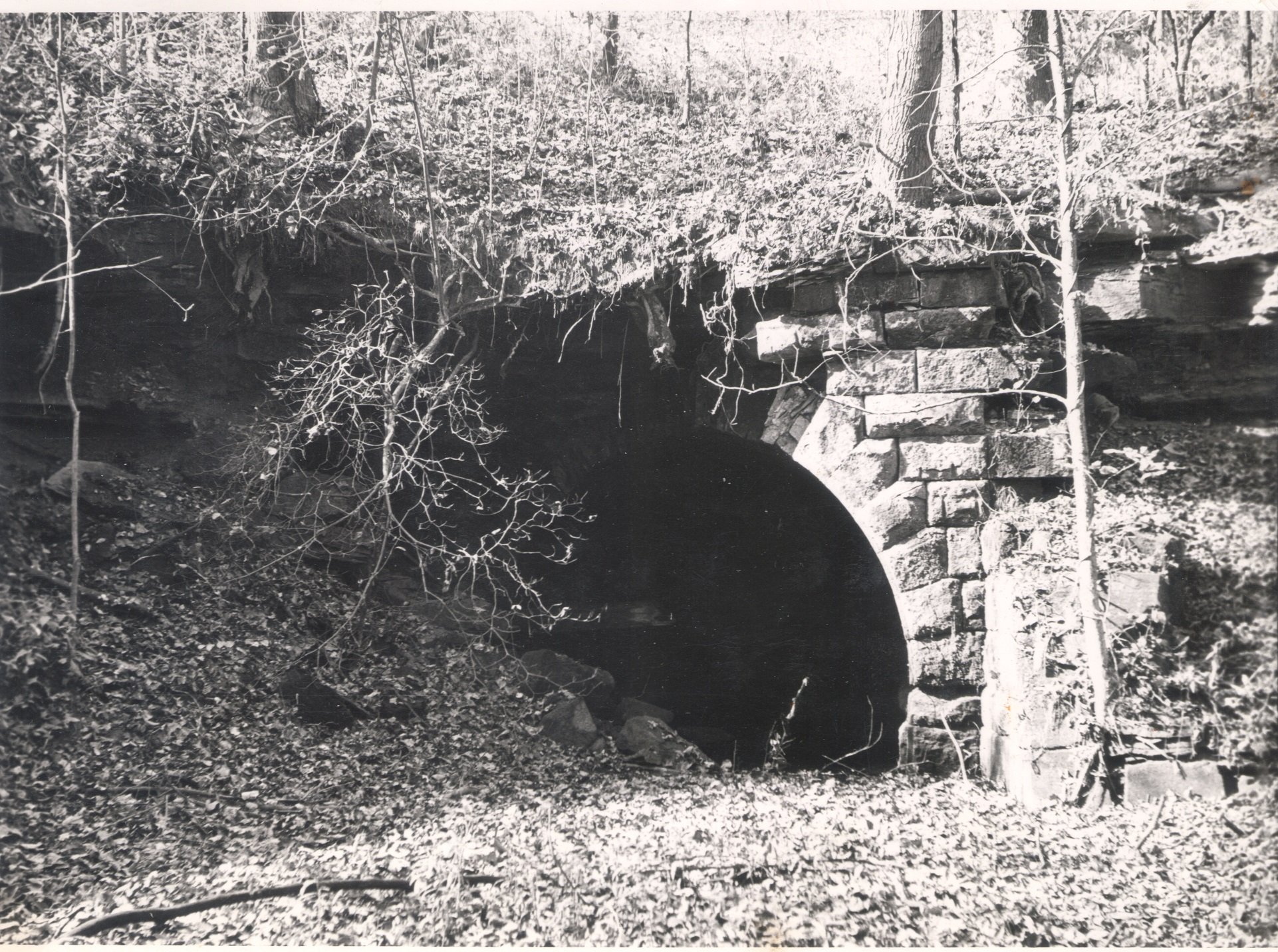 Incorporated in 1845 as the Belpre and Cincinnati, the Marietta and Cincinnati Railroad (M&C) began constructing a line from Marietta through Southeastern Ohio in the 1850s with the goal of connecting Marietta with Cincinnati. The railroad's founders envisioned a line that would carry passengers and freight across the lower portion of Ohio, as well as connect to the Baltimore and Ohio (B&O) and larger railroads to the east. The Appalachian Foothills posed a challenge to early railroad engineers, who were forced to design and construct many tunnels, trestles, and culverts in order to maintain the railroad's grade. Despite financial setbacks, the Marietta and Cincinnati railroad accomplished its goal; the first train ran the complete distance between Cincinnati and Marietta in 1857.
The Pilcher Tunnel was built by the Marietta and Cincinnati Railroad on land owned by the Pilcher family. Construction began in 1855 and workers finished the tunnel in 1865. Before then, the railroad climbed the hill's steep grade and trains passed over the summit of the ridge with the help of an additional engine. When completed, the Pilcher Tunnel was an impressive 1,664 feet in length. One open, however, the tunnel proved costly to maintain and accidents frequently occurred in it or nearby. In September of 1868, a fire damaged a large portion of the tunnel, which was only supported by a wooden frame structure at the time.1 While repairs were ongoing, the railroad again laid tracks over the summit of the ridge. while the repairs were underway, an engine collided with two handcars full of men who were working on the tunnel. The collision caused the deaths of five men and wounded two others.
Though repaired and improved with an arched stone vault, the tunnel fell into disuse after the Baltimore Short Line Company constructed a new line that ran from Belpre to Athens. The shorter line, easier to maintain without as many trestles and without any tunnels, opened in 1874, and by 1918 the original line from Vincent to Canaanville was no longer in use. Over time, the tunnel's western portal collapsed, exposing the sandstone vault. However, the tunnel is not easily accessible and sits on private land.