This sunken garden features four shafts of Black granite topped by gold eagles around a rectangular granite cenotaph. A cenotaph is a ceremonial and unoccupied tomb. This memorial honors Corporal James Bethel Gresham, an Indiana resident from Evansville who became the first member of the American Expeditionary Force to be killed in action during the First World War. A focal point of the American Legion Mall, Cenotaph Square was constructed in 1931. 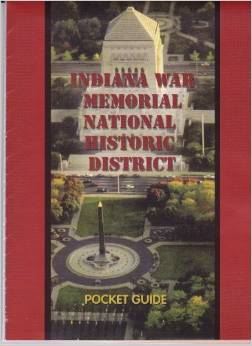 The cenotaph in the center of the sunken garden honors the first member of the American Expeditionary Force (AEF) to be killed in action during World War I. 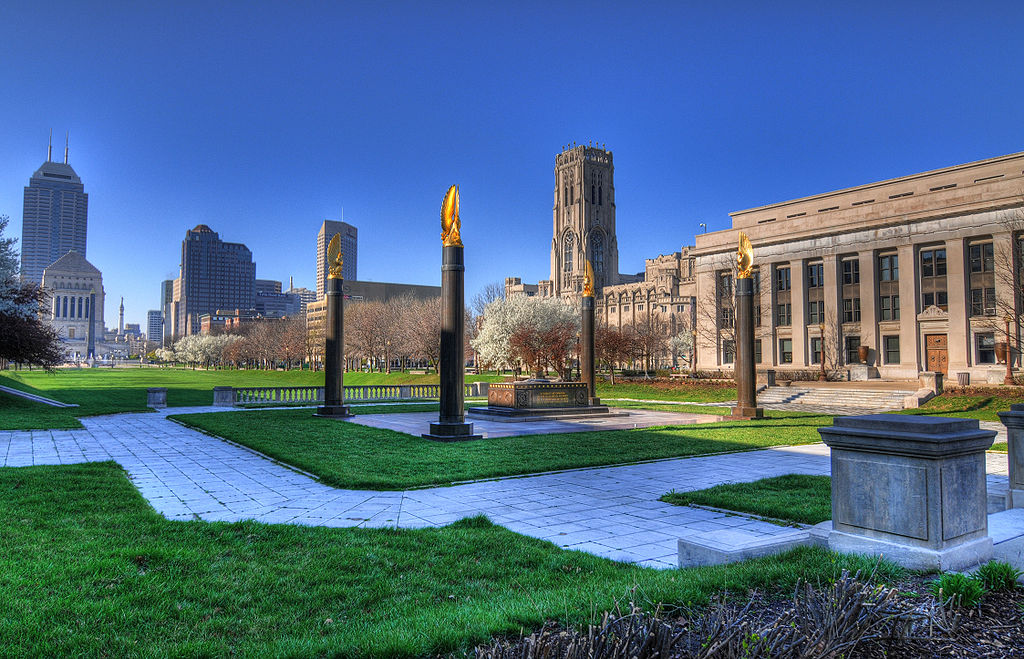 The Cenotaph and its granite shafts and sunken garden is one of several monuments located throughout the five-block Indiana World War Memorial Plaza. Plans for the plaza were developed in 1919 in an attempt to draw the national headquarters of the newly-formed American Legion to the city. Construction of the site began in 1921 after the city of Indianapolis and the state of Indiana reached an agreement regarding the cost of the project. The city agreed to pay for the development and maintenance of the site while the state paid for the construction of the memorial itself. Construction of the war memorial and surrounding plaza was not completed until 1965 in spite of a series of funding problems.

The Indiana World War Memorial Military Museum is housed within the memorial itself and highlights the role of Indiana soldiers in conflicts ranging from the American Revolution to World War Two and beyond. Exhibits at the museum feature various firearms, a Cobra helicopter, the USS Indiana's Commission plate, and over 400 military flags (over 300 of these are from the American Civil War).

The memorial also houses a 500-seat auditorium, named after General John J. Pershing, three meeting rooms, and a shrine room located on the second floor of the structure. The names of all Indiana's WWI veterans are inscribed on the marble walls of the staircases leading to the room.

The War Memorial Plaza is considered to be one of the finest examples of "City Beautiful" planning, an idea which originated with Charles Mulford Robinson's book Modern Civic Art or the City Made Beautiful. America's cities were--in the early 1900s--desperately overcrowded, polluted, and home to vice and other illicit activities. The motivation behind City Beautiful movement was to revive the urban core of American cities by creating a more orderly and attractive public space. Indianapolis leader adapted this idea and built the War Memorial Plaza with an emphasis on Neo-Classical Revival architecture.

Construction of the Plaza occurred over many years and was the work of Walker & Weeks Architects. The Plaza is book-ended with the Federal Building at the south end and the Public Library at the plaza's north end. The architects' design for the War Memorial was based on renderings of The Tomb of King Mausolos, one of the Seven Wonders of the Ancient World.