The King's Hollow Tunnel, or King's Switch Tunnel, is a wooden-framed railroad tunnel located west of the small community of Mineral, Athens County, Ohio, and east of the better-known Moonville Tunnel in Vinton County. Constructed by the Marietta and Cincinnati Railroad in the 1850s, the King's Hollow Tunnel served first the Marietta and Cincinnati, then the Baltimore and Ohio Railroad until the 1980s. Since the B&O abandoned the line and removed the tracks, the tunnel has become a popular site for hikers and recreationists. 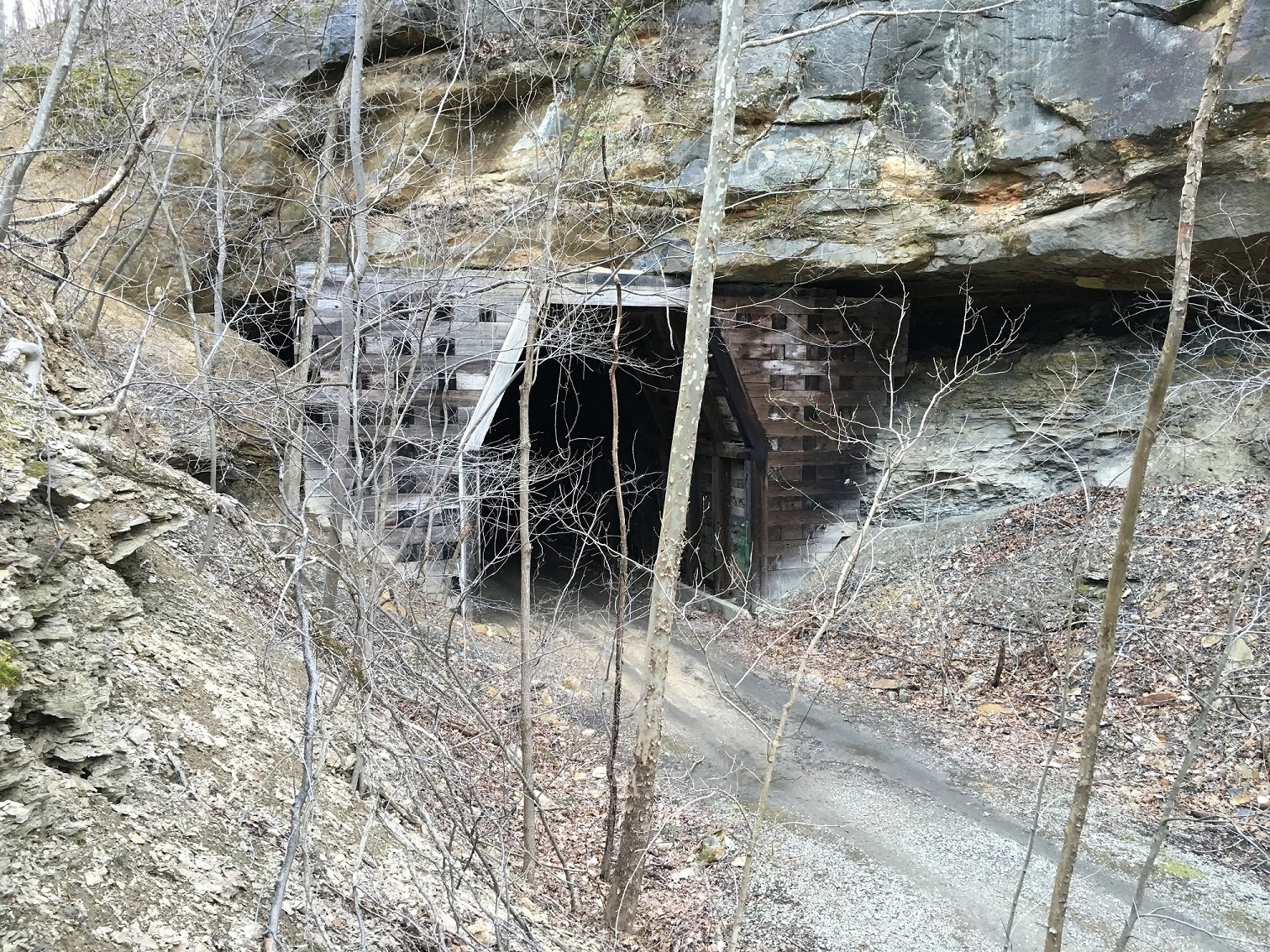 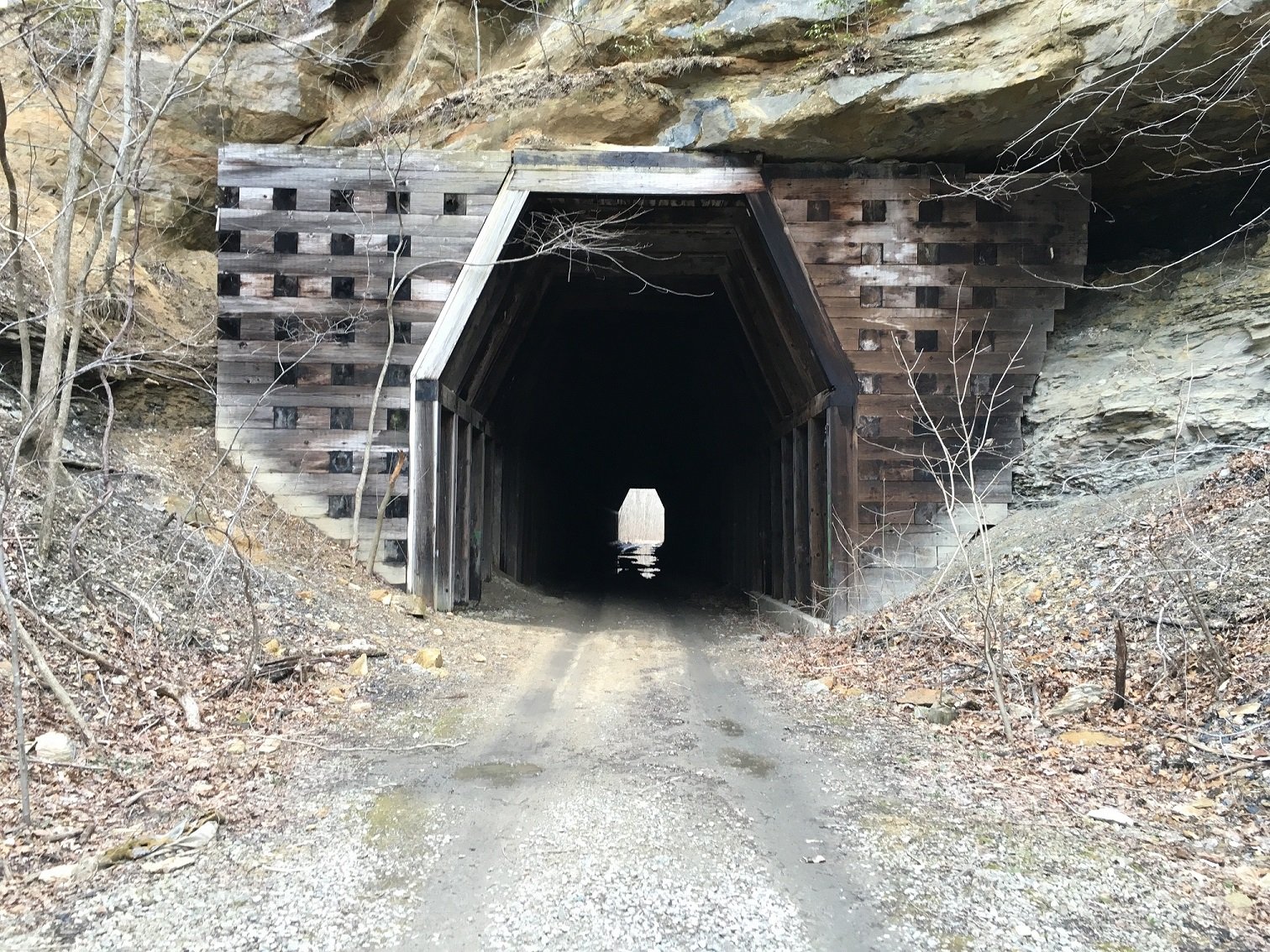 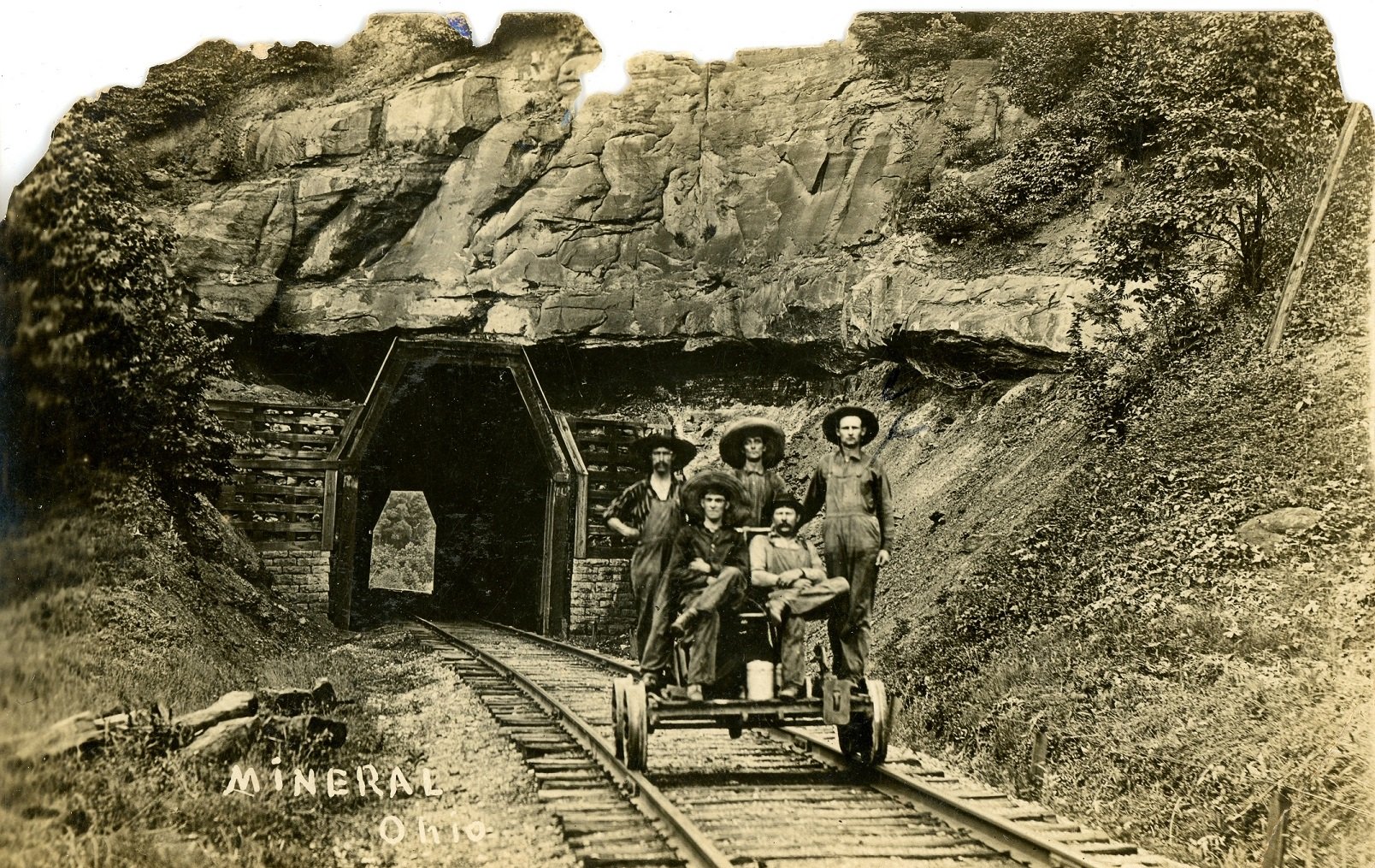 Incorporated in 1845 as the Belpre and Cincinnati, the Marietta and Cincinnati Railroad began constructing a line from Marietta through Southeastern Ohio in the 1850s with the goal of connecting Marietta with Cincinnati. The railroad's founders envisioned a line that would carry passengers and freight across the lower portion of Ohio, as well as connect to the Baltimore and Ohio and larger railroads to the east. The Appalachian Foothills posed a challenge to early railroad engineers, who were forced to design and construct many tunnels, trestles, and culverts in order to maintain the railroad's grade. Despite financial setbacks, the Marietta and Cincinnati railroad accomplished its goal; the first train ran the complete distance between Cincinnati and Marietta in 1857.
The King's Hollow Tunnel was part of the Marietta and Cincinnati's original line that connected Cincinnati to the rich mineral deposits in Vinton County. In the 1850s, workers carved the tunnel through the stone ridge and reinforced the interior with a wooden frame. It was the shortest of the four tunnels constructed by the railroad, and the only one whose wooden reinforcement was not replaced by stone or brick. The tunnel first saw use in 1856 when M&CRR trains began running from Chillicothe to Athens.1 Under the tunnel's beams flowed iron ore and coal extracted from the Vinton County, as well as passengers traveling from Cincinnati to Marietta and beyond.
Once complete and open to rail traffic, the Marietta and Cincinnati used the line, although the rough terrain called for constant maintenance and profits were not as high as anticipated. Due to the Marietta and Cincinnati Railroad's financial difficulties and the Baltimore and Ohio Railroad aggressively buying its shares, the Baltimore and Ohio gained control over the Marietta and Cincinnati in 1868 then acquired its properties outright in the 1880s.2 Integrated into to the B&Os much larger system of railroads, the line saw an increase in traffic under the new ownership.
The B&O and its successors utilized the King's Hollow Tunnel and the line which ran through it for a century, maintaining and improving the railroad as train technology evolved. Due to changes in transportation and shipping, the CSX, the final railroad entity to own the line, tore up entire line and sold the right of way in the 1980s. The Moonville Rail Trail is currently developing the former line west of Athens into a trail that will connect Lake Hope to Athens and go through the King's Hollow Tunnel.