Ace Gillett's Northern Hotel used to serve alocohlic drinks during the city and eventually nation-wide prohibition under the table to travelers and Fort Collins residents alike. 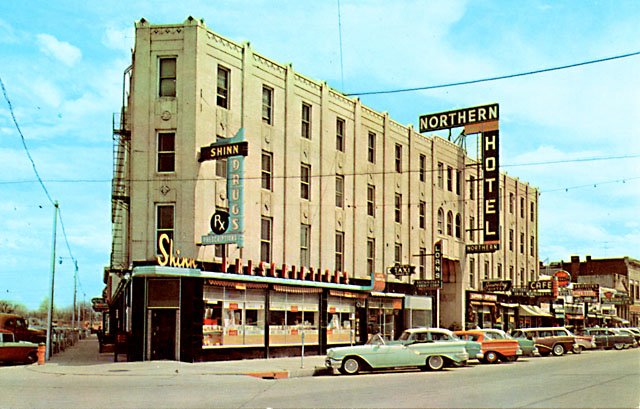 Opened in 1905 as the Northern Hotel, the hotel on the corner of Walnut Street and College Avenue has long been a staple in Fort Collins hospitality. Parties and galas have been frequent throughout the years at the Northern Hotel and its seen its fair share of distinguished guests as well. Even President Franklin Delano Roosevelt spoke at the hotel on one occasion (although he was running as the Democrat's vice-president candidate at the time). Naturally, with social events and gatherings comes the demand to consume alcohol as well. There was just one problem however. In 1896, Fort Collins started a city wide ban of alcohol which would last until 1969.

Ace Gillett, one of the Northern Hotel's more well known owners, would seek to get around that roadblock and tapped into the underground scene of drinking in Fort Collins at the time. Described by his daughter as a man who enjoyed a party, Gillett began selling alcoholic drinks to local residents and travelers alike secretly in the dining room of the hotel during the 1950s and 60s. Most authorities simply looked the other way and the service of alcoholic drinks continued through Fort Collins' eventual redaction of the liquor ban .

While the Northern Hotel certainly wasn't the only speakeasy in Fort Collins, it's still in operation today and visitors can still go inside and get a sense of what it may have been like to sneak a drink in the past.