Completed in 1905, the Allentown National Bank Building now provides low-cost housing for some of the city’s senior citizens. Constructed in the Beaux Arts architectural style, the building is the last pre-1920 commercial structure within Allentown’s central business district. It served the community’s financial needs for almost a century until it was abandoned and almost demolished in the 1990s. It was purchased, along with the adjacent Trojan Powder Building, by Pennrose Properties in 2005 and converted into Allentown Center Square Senior Housing. While its interior has been significantly modified, it still maintains some of its historic elements and its exterior remains largely intact. It was added to the National Register of Historic Places in 2005.

The former Allentown National Bank as seen from Center Square. 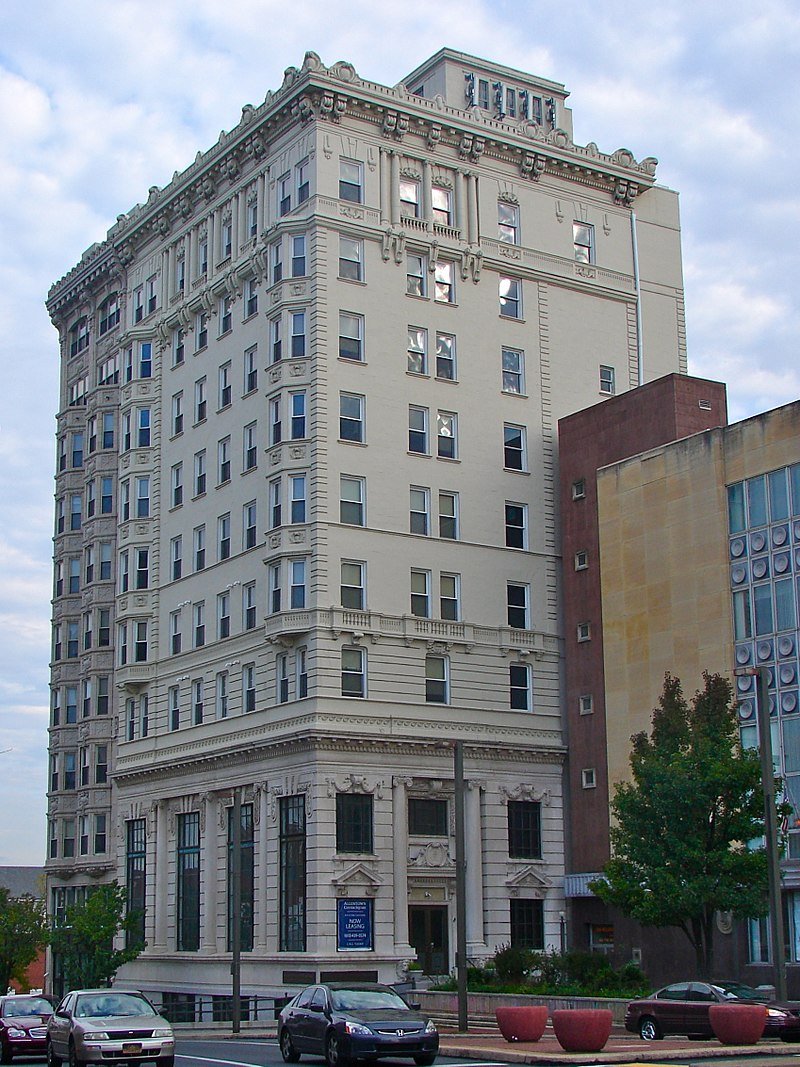 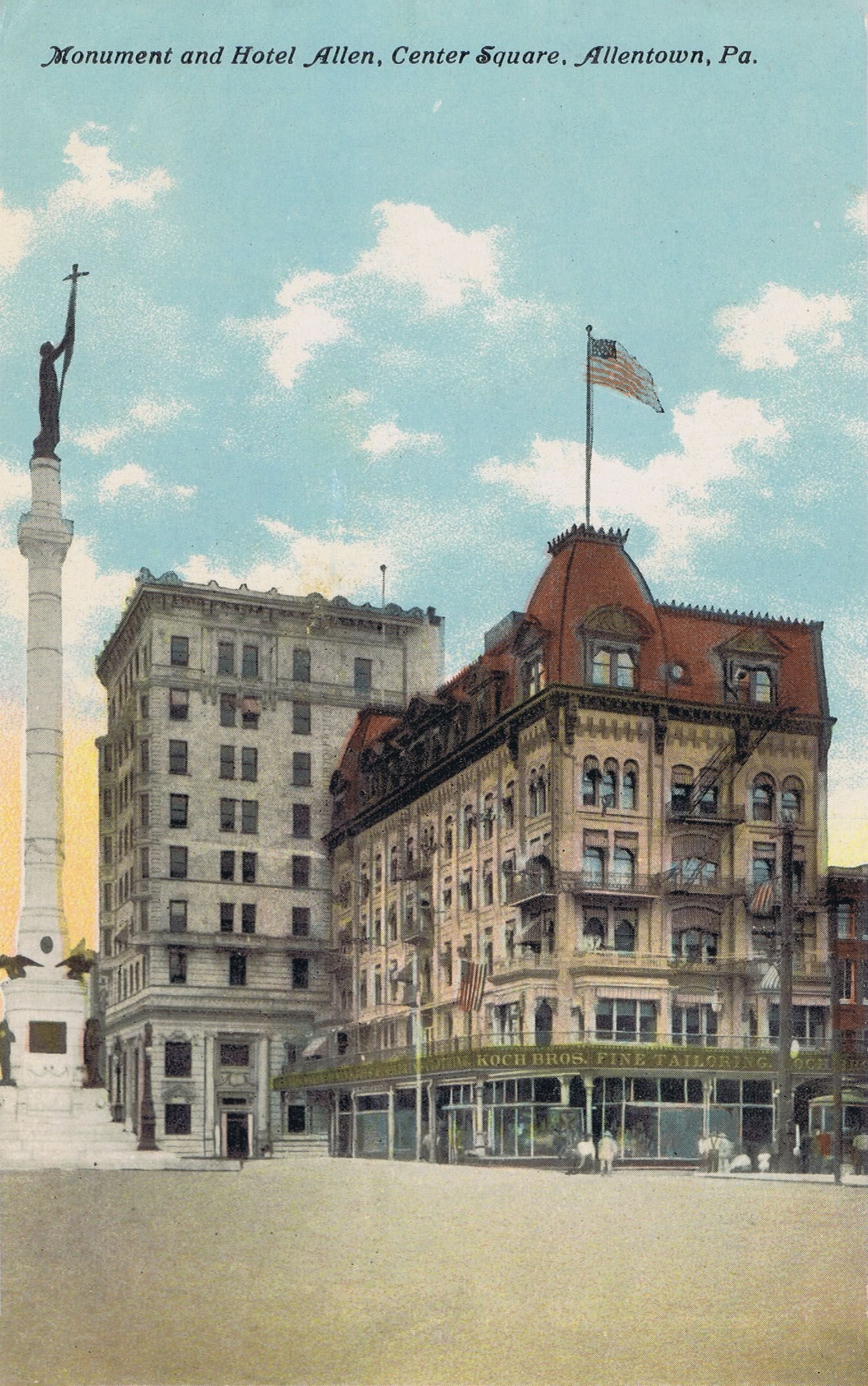 The steel frame of the bank building during construction in 1904. 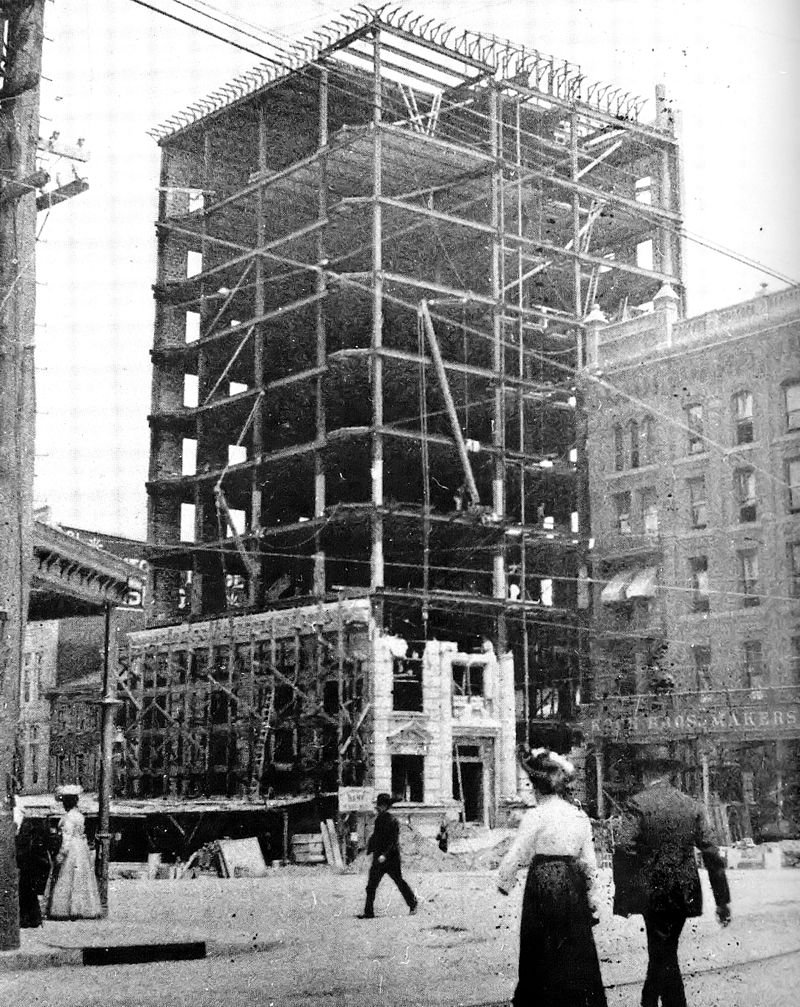 The bank teller windows in the building's main lobby were removed in the 1970s. 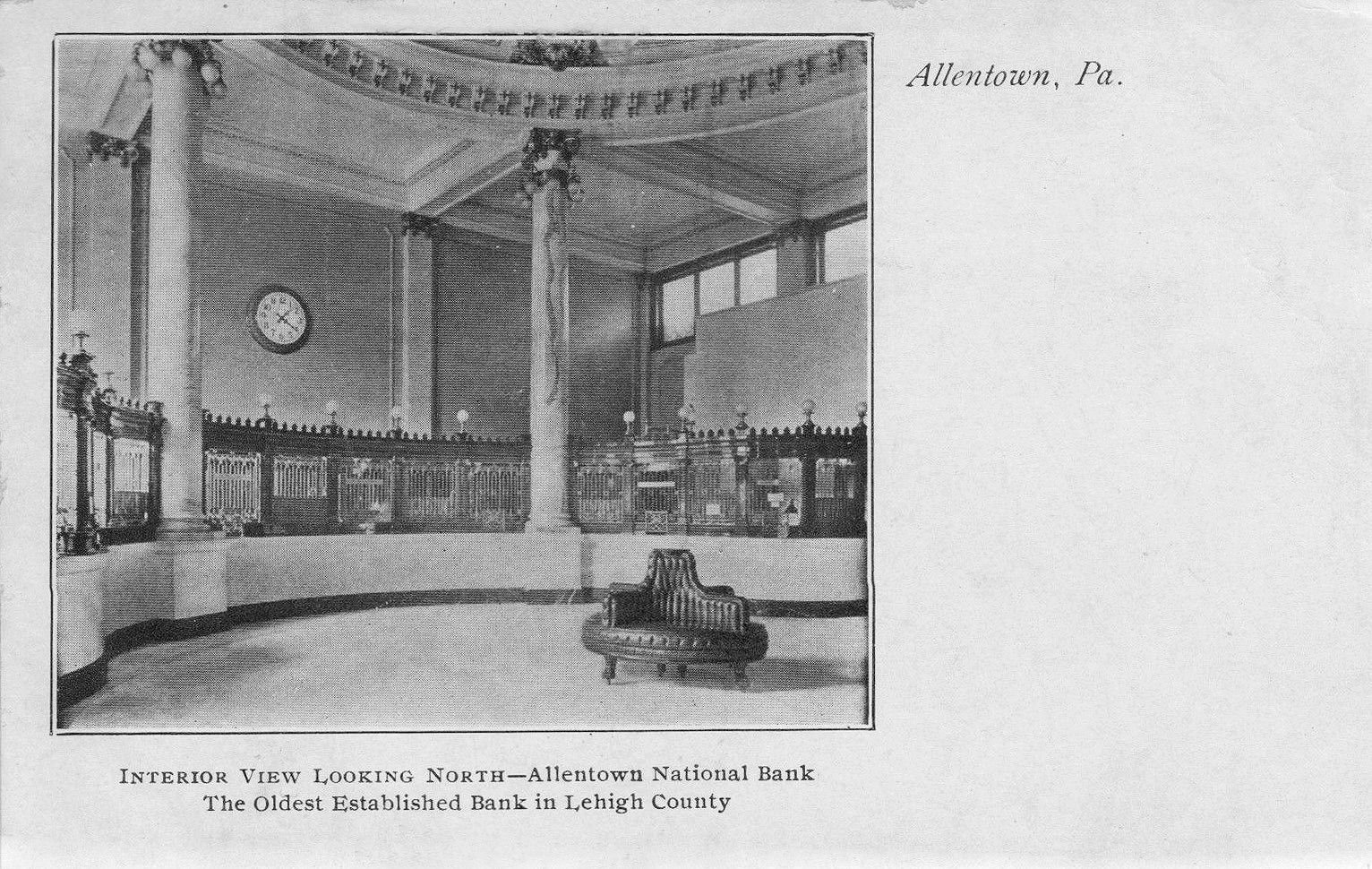 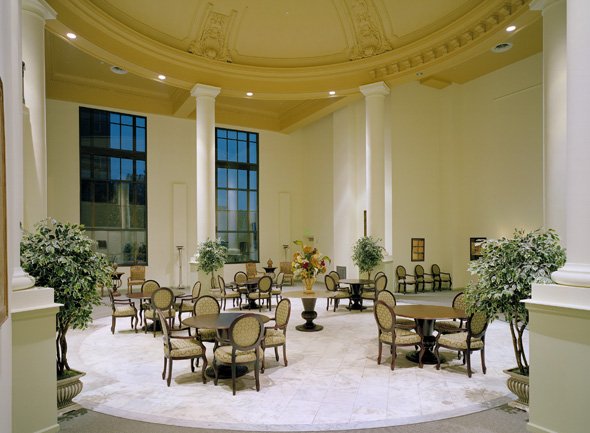 As the 20th century dawned, the president of the Allentown National Bank, Robert Wright Jr., sought a new home for the financial institution that was founded in the mid-19th century.  He secured the lot for the new bank building at the corner of Hamilton and 7th streets.  The local architectural firm of Jacoby, Weishampel and Biggin was hired and construction on the steel-frame, eight-story building began in 1903.  Other local companies were utilized to erect the steel and the granite, limestone and terra cotta used to encase the frame came from nearby Scranton.  The building’s grand opening took place on March 15, 1905 with banking operations occurring on the lower floors while various companies leased office space above.

The building’s main lobby featured a 32-foot dome supported by six onyx columns with carvings and molding designed and created by local sculptor, Herman Merkel.  The ornate lobby led visitors and employees to either the basement vaults, the main banking floor or the mezzanine level along the west and south walls.  Its main staircase features marble treads and wainscot and an ornate railing.  Its hydraulic elevators were considered state-of-the-art for the time.  The Lehigh Telephone Company installed a single position switchboard designed by A.B. Durgan which connected 20 phones located on various desks within the bank office as well as a phone in the home of President Robert Wright.

The Allentown National Bank survived the Great Depression and became the First National Bank after a merger with the Second National Bank in 1954.  It then moved its banking operations from the building in 1958.  In 1970, Meridian Bank utilized the building for a short time and throughout the 1970s and 80s, various businesses occupied the building, to include the Allentown Business School.  It was then abandoned in the 1990s and remained so for a decade.  The city assumed ownership as calls for its demolition grew louder.

The building was saved after it was purchased by Pennrose Properties in 2005.  It was then fully renovated, to include lead paint and asbestos remediation, and converted into 63 low-cost housing units for the elderly at a cost of $12.2 million.  The renovations included the removal of the drop ceiling in the building’s lobby which hid its ornate 32-foot dome.  The Allentown National Bank Building, which once financed numerous industrial and commercial developments in the area is now home to a gym, computer lab, community room and dozens of senior citizens., a wonderful example of the adaptive reuse of a historic structure.