Constructed between 1930 and 1931, University Hall was funded by a public bond levy of $2.8 million and became the center of the university's new campus. The building features the Gothic style of architectural design which set the style for subsequent buildings while the 205-foot tower has served as the leading symbols of the university. The building once held the university's library as well as a cafeteria and many classrooms. Today the building serves primarily as the home of academic and administrative offices as well as a theater. The University of Toledo originated as the Toledo University of Arts and Trades in 1875 and offered programs in painting and architecture. This school closed within a few years owing to financial problems, but the city acquired the institution in 1884 built one of the most successful municipal universities in subsequent decades. Today, the University of Toledo is a state university with numerous degree offerings and an active research program. 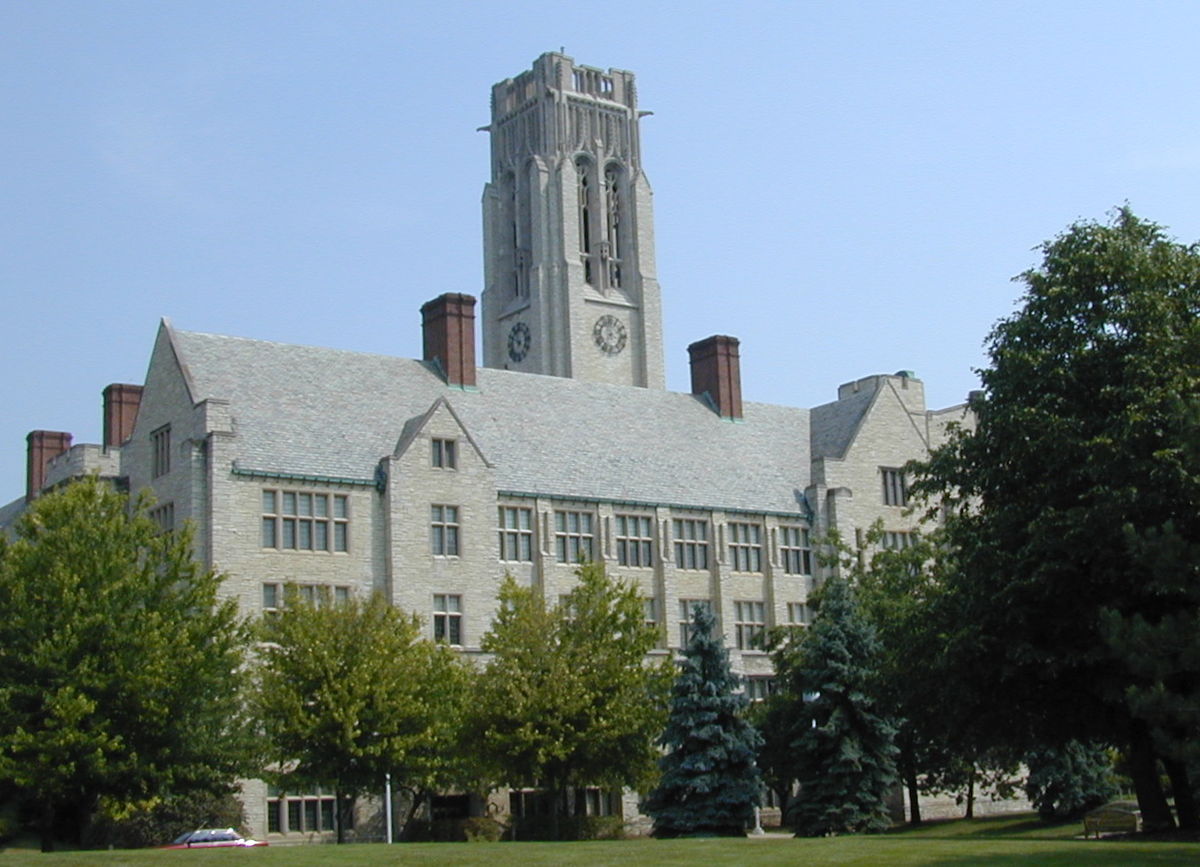 Dorms, including the Horton International House, named after Dr. Frank Horton, the 13th President of The University of Toledo.

An undated postcard of the University of Toledo. 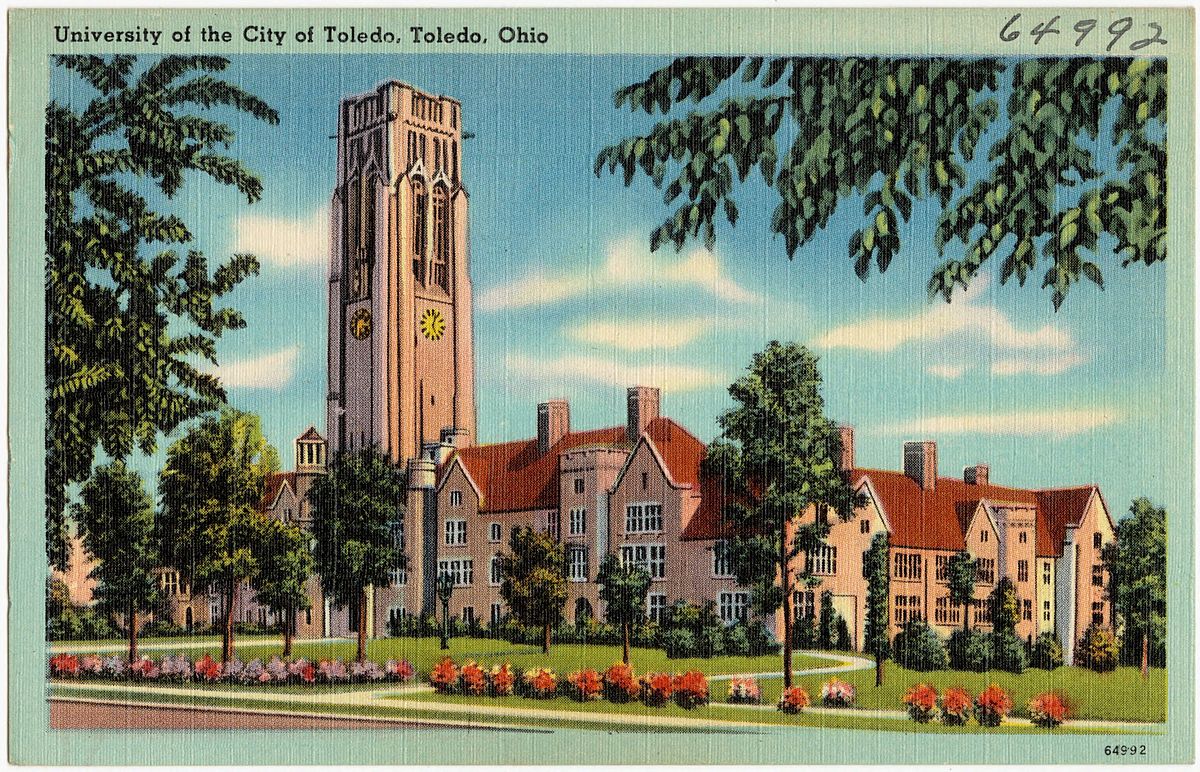 Jesup Wakeman Scott envisioned Toledo as a future world center of commerce. To help the city achieve this goal, Scott donated 160 acres of land for a university. The Toledo University of Arts and Trades was incorporated on October 12, 1872, and held its first classes in the basement of the Unitarian Church basement on January 14, 1875. Scott’s dream appeared to meet its end when the university closed due to financial trouble in 1878, but the story did not end there.

On January 8, 1884, the university’s assets were taken over by the city of Toledo. A new tax was used to fund the university’s return as the Toledo Manual Training School later that year in the Central High School. Students were required to be at least thirteen years of age and, starting in 1886, the school accepted female students in addition to males.

Subjects at the Training School ranged from woodworking to housekeeping. In 1904, the school began an affiliation with the Toledo Medical College. During the 1910s and 1920s, it added a College of Arts and Sciences, College of Commerce and Industry, and College of Education. These additional degrees and expanded extracurricular activities led to an increase in enrollment.

After the closure of the Medical College in 1914, the Manual Training School replaced the medical school with a College of Pharmacy. That same year, the college moved to the corner of 11th and Illinois Streets and changed its name to Toledo University. The university also created several extracurricular activities, including the first season of football in 1917. The institution also focussed more on baccalaureate degrees than graduate degrees to attract a larger student body. After World War I, enrollment grew rapidly leading to the decision to build a new campus. University Hall became the center of this campus when it opened in 1931 and inspired the completion of additional buildings that mirrored its architecture and reflected the goal of boosters and administrators to create one of the largest municipally-funded colleges in the United States.

The University of Toledo changed from a municipal university to a state-funded one on July 6, 1967. This allowed the university to access state revenue which supported the creation of new programs and the construction of additional buildings. The university now boasts eight colleges, over 20,000 students, and 450 acres of land.