Built in 1921 for a cost of $110,000 the Loop Creek YMCA has been a community gathering place for a century. The YMCA was a collaboration between the New River Company and Fayette County residents, as both parties saw the value of building an athletics complex in the area. Renowned West Virginia architect H. Rus Warne designed the structure, which was the finest Y.M.C.A to be built in a city of Mount Hope's size in the United States. Over the years, many changes have been made, though the building has largely remained operational as an athletic facility. Current preservation efforts are ongoing to convert the YMCA into a mixed-use community center so that it may continue serving Fayette County residents. 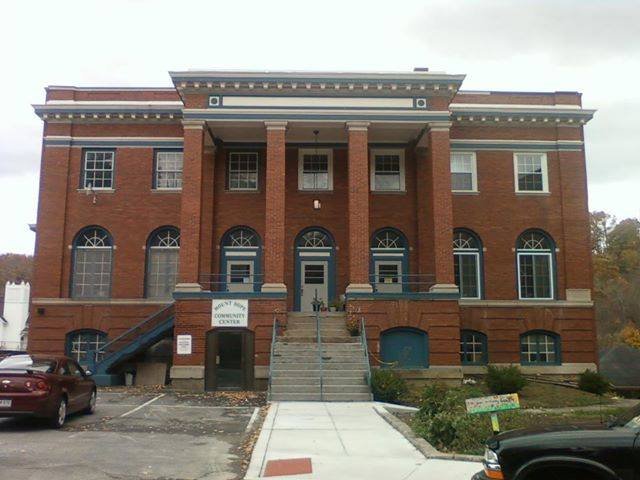 Picture of H. Rus Warne circa. 1916. Architect who designed the YMCA building. 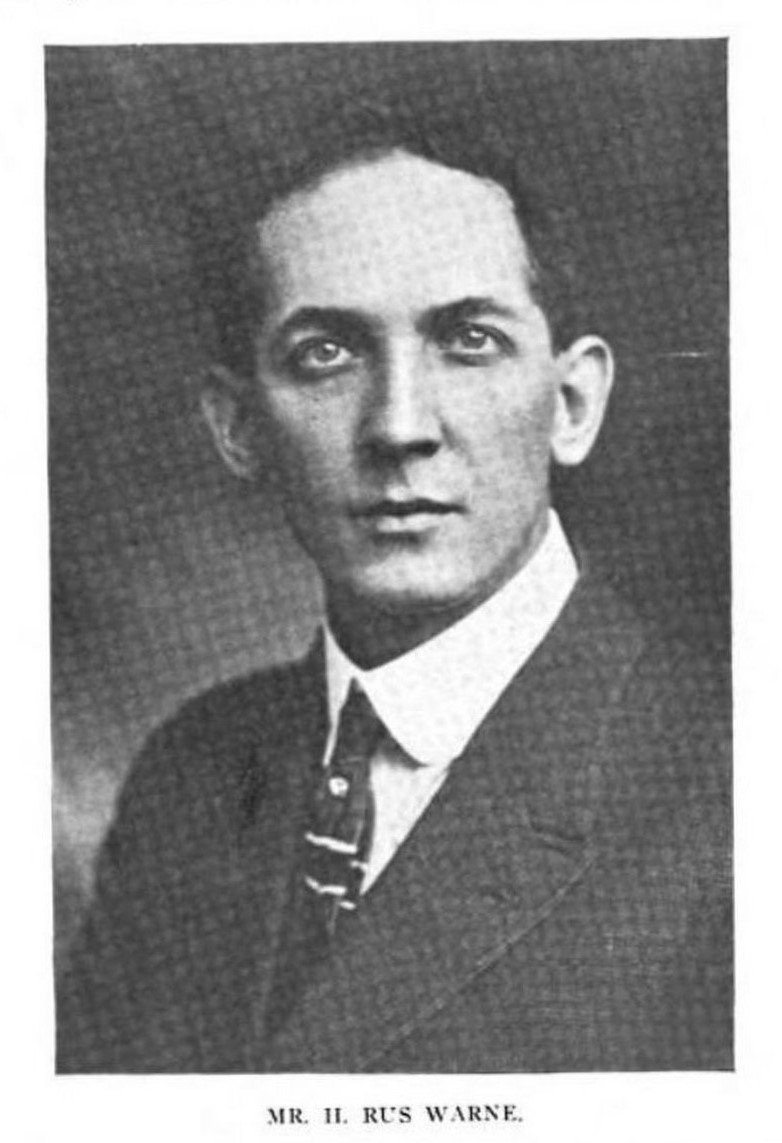 Loop Creek YMCA shortly after construction. Notice the stairs have not yet been added. Due to the seating capacity being well over 500 the New River Company would be required to add the staircase in case of an emergency exit. 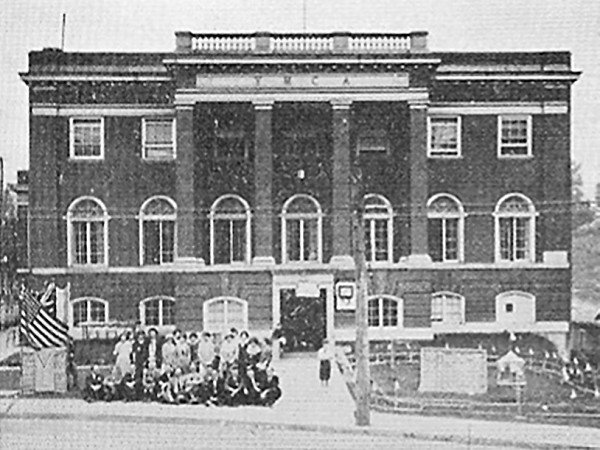 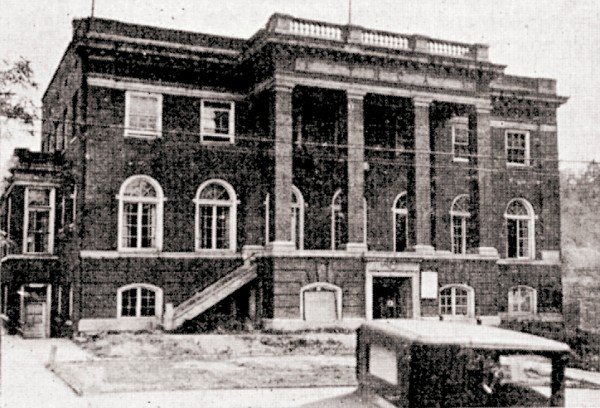 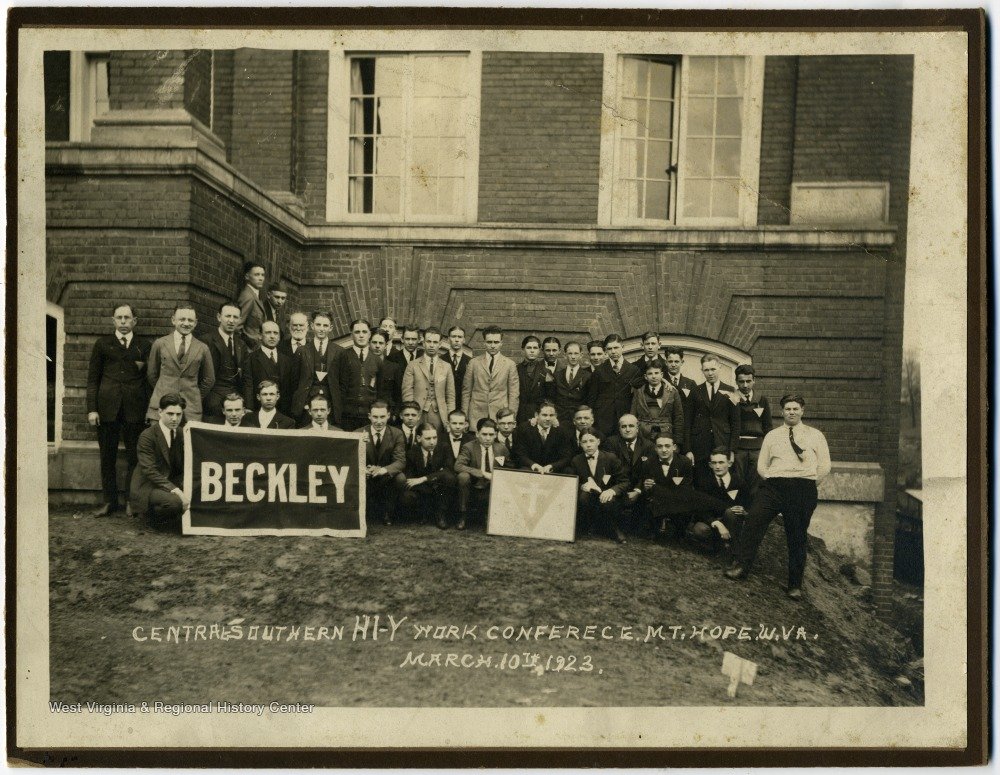 In 1913, following the retirement of its founder, Samuel Dixon the New River Company began to experience unprecedented growth. Within a few years, it became the largest producing coal company in Southern West Virginia. At the same time, the town of Mount Hope was experiencing a resurgence following the Great Fire of 1910. The town's revitalization spurred management of the New River Company to expand in the community.  During a time when most of the country was experiencing stagnant growth because of the Great Depression, Mount Hope began to see exponential expansion. Investments made in the area by the New River Company and through public contributions at a federal level, allowed the town to flourish. Mount Hope's most prominent buildings, including the Loop Creek YMCA, were constructed during this era.

With increased coal production so-too came an increase in the population of miners and their families.  Historical census records from 1910 list the town's population at 494 people. Within a decade this area experienced growth at over 400%, seeing the Mount Hope population climb to well over 1900 people.  The New River Company began to see a need to provide workers within the area facilities which resembled those found in larger metropolitan areas. With more residents in the area came a demand for services which provided area boys and girls with cleaner and safer amusements. The New River Company, along with local citizens, rallied together to begin an initiative to bring the YMCA into the second largest town in Fayette County. Citizens began to meet on a regular basis to develop a plan which would provide the area with a facility that could accommodate its needs. Along with help from the New River Company, this group later held a conference with YMCA officials to establish the Loop Creek Young Men's Christian Association. Together these groups were able to solicit enough funds to begin construction. West Virginia architect H. Rus Warne oversaw the completion of the building in late 1921. Dedicated on February 15, 1922, and constructed for approximately $110,000, the YMCA became a major attraction in Mount Hope's community, offering opportunities for residents similar to urban areas.

The new sports complex was centrally located to help merge the divide between the up-scale/ management area on the south side of the track and the workforce housing on the north side of the track. This facility offered various amenities to locals in the area including a 60 x 80 ft gymnasium with a stage and dressing rooms. Due to changing fire safety regulations in the 1920s, stairs were added to the front of the building. The building’s alterations allowed for easier access to events held in the banquet hall area. Here, a fully equipped kitchen was available and serviced those residing in the eighteen dormitory rooms located on the third floor. Additionally, local ladies and young men would participate in activities including access to a bowling alley, swimming pool, and billiards.

Mount Hope High School was constructed adjacent to the YMCA in 1926.  As education requirements grew, the need for more services for the children attending school within the town increased. The Fayette County Board of Education acquired the YMCA from the New River Company for approximately $9,000 in 1933.  Facility improvements needed to be made to meet the demands of the education system. To make the alterations and additions to the complex, H. Rus Warne was again contracted to complete the construction in 1940. Additions to the building included the replacement of the pool with a hardwood gym floor, as well as the alteration of dressing rooms to accommodate home and visiting teams. Classrooms and a band room were also added. The building was dedicated in 1941, with an exhibition basketball game played by West Virginia University and West Virginia Wesleyan.

The "Old Gym" as it would come to be colloquially known would continue to maintain its prominence within the town for several generations. Traditionally used as a mixed-use facility, activities regularly held here included: March of Dimes talent shows, Lions Club shows, pep rallies, band concerts, choir performances, and class plays and an account of watching the Harlem Globetrotters. Residents were surveyed in December 2018 to ask what kind of impact this facility played in their life.  They replied with the following:

~"The Gym, as we called it, was a place where men only were allowed."  (Bettyjo Stover) "That's because it was originally a YMCA." (Louis Szuch)

~Libby Appleton and Linda Howard Brown could both recall the dances held on the gym floor in events held in the 1950s and through the 70s.  Pat Vallina confirmed their account, "I can remember going to a high school dance with my cousin, Theresa Bryant (Burgess now), in that building and we danced on the gym floor."

~June Thompson Keffer would recant a time in which dances were held on a weekly basis. She along, with local native Thomas Brown, talked about how May Day activities were held here and included all children in the area including elementary students.

Additionally, many stories describe the importance of the facility as a sports complex:

~"I had a Physical Education class in 1969. The trampoline was on the second floor right by the window! Sure wouldn’t meet code today, huh?" (Thomas Brown)

~Michael Webb, William Davis, and many others would describe how basketball, along with other area sports, held at the complex would impact their lives.

~Many women would find their voice on the hardwood floors, Saturday morning basketball games and cheerleading!" (Tina Rogers Malloy)

Other more solemn memories included accounts of hearing of the passing of John F. Kennedy.  Larry Steele would describe hearing of the event while standing on the front steps of the building. These events tie a community together and instill a sense of "Mustang Pride" that can still be felt even after consolidation.

As times have changed, so has the use of this facility.  Due to various reasons, the Fayette County Board of Education alternated the location of the Middle and High School at this place. In the Spring of 2003, the consolidation of Mount Hope Middle with Mount Hope High occurred, meaning the building would no longer serve a purpose for the school system.  The City of Mount Hope purchased the building in 2004 and began utilizing the facility as a Community Center from that point on. The Mount Hope Methodist Church utilizes this building as a sports complex for approximately twenty-five percent of the year.  Preservation efforts at the facility are ongoing. The Mount Hope Historic Landmarks Commission anticipates revitalizing the facility back into a mixed-use facility providing area residents with an asset they have come to know and love.

This entry has been edited 50 times.