The Albertus L. Meyers Bridge is a historic bridge in Allentown that spans Little Lehigh Creek. Constructed in 1913 by the Lehigh Valley Transit Company, which operated a streetcar and inter-urban transportation system, it connects the city's south and north sides. Upon completion, it was the world's largest and longest concrete bridge. As such, it is an early example of a steel and concrete structure. It is named after Albertus "Bert" Meyers, a local musician who conducted the Allentown Band, which was a nationally-known civilian concert band (it is still operating today). Meyers was a friend of John Philip Sousa and played cornet in Sousa's band. Meyers led the Allentown Band for 51 years.

Built in 1913, the Albertus Meyers Bridge is still an impressive engineering feat today. 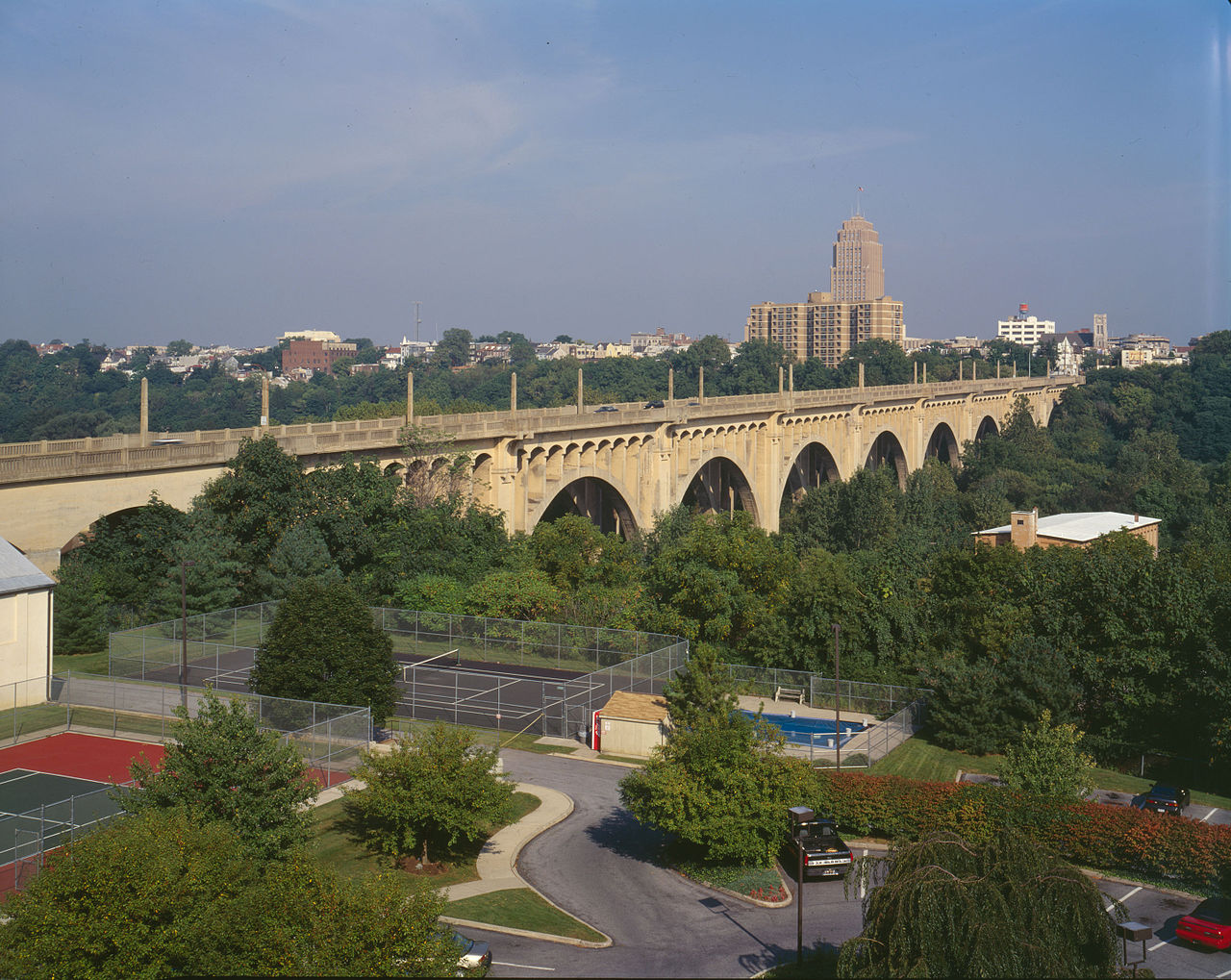