Nashville's Kress building was completed in 1935 and features the Art Deco style that typified many new buildings of the era. The store was part of an S.H. Kress chain of five and ten cent stores that were located in downtowns throughout the United States. In 1960, University students at local black colleges in Nashville chose the S. H. Kress Department Store among other sites in downtown Nashville as a location where they would use non-violent direct action to challenge racial segregation. The first protest at the Kress building began with a sit-in that resulted in African American civil rights activists occupying the Kress lunch counter on February 13, 1960. The students continued to protest until May 10, 1960, when six downtown establishments agreed to serve all people regardless of race. 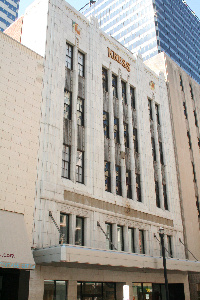 Sit in protesters sitting at the lunch counter in defiance of the store's policy of racial discrimination. 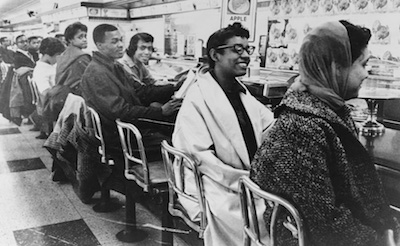 Samuel Harry Kress opened his first store in Pennsylvania in 1887 and soon opened the first of his chain department stores that featured distinctive architecture and made Kress a household name in the early 20th century. The Nashville Kress building was completed in 1935 and featured Greek mythological figures on the front facade near the Kress logo. While the Kress stores ceased operations in the 1970s and 1980s, the many Kress buildings have been preserved and are featured in the National Building Museum in Washington, D.C. The S.H. Kress Department Store in Nashville is now the Kress Lofts, a condominium complex. Founder Samuel H. Kress established a charitable foundation that supports efforts to preserve and share European art.

In 1960, the Nashville Kress store was one of several downtown establishments targeted by civil rights protesters using direct and non-violent methods to challenge segregation. In late February of that year, African American residents occupied the Kress lunch counter in defiance of its white-only policy of table and counter service. S.H. Kress stores throughout the American South had segregated lunch counters at the time.

The students involved in the protests were from nearby black colleges including Fisk University, Tennessee Agricultural & Industrial State University, Meharry Medical College, and American Baptist Theological Seminary. An estimated mob of two hundred white citizens converged on the protesters during a sit-in at the Kress building on February 27, 1960. These white counter-protesters attacked the Nashville students, yet the police responded to the violence by arresting 81 of the non-violent African American student protesters. These students were charged with disorderly conduct and faced disciplinary actions from some of the schools in the city.

While white counter-protesters in Nashville were typically less violent than many cities of the Deep South, several civil rights protesters were targeted along with African American leaders and churches. Z. Alexander Looby, a black Nashville Civil Rights Attorney, was targeted by white supremacists who bombed his home on April 19, 1960. On the same day, four thousand students, including future U.S. Congressman John Lewis, marched together to the Nashville courthouse to meet Mayor Ben West. One protester asked if the segregation of lunch counters that was happening in Nashville was morally right, and the mayor answered that he no longer supported segregation. Other white business leaders agreed with the mayor's assessment owing to the disruption of their downtown business establishments that resulted from the protests. On April 19, 1960, six business owners agreed to halt their practice of racial discrimination and serve all patrons at their lunch counters.