Erected in 1926, the American National Bank Building was added to the National Register of Historic Places in 1998 for its Classical Revival architecture and centrality to downtown Sarasota's development during the 1920s. At ten-stories tall, the bank building was one of the tallest structures in the city in the 1920s. Despite the bank's failure which occurred as a result of the collapse of the early 20th-century Florida land boom, the building remains an important Sarasota landmark. Today, the building houses condominiums and retail space on the ground level.

The former American National Bank Building was built in 1926. It is a condominium residence today. 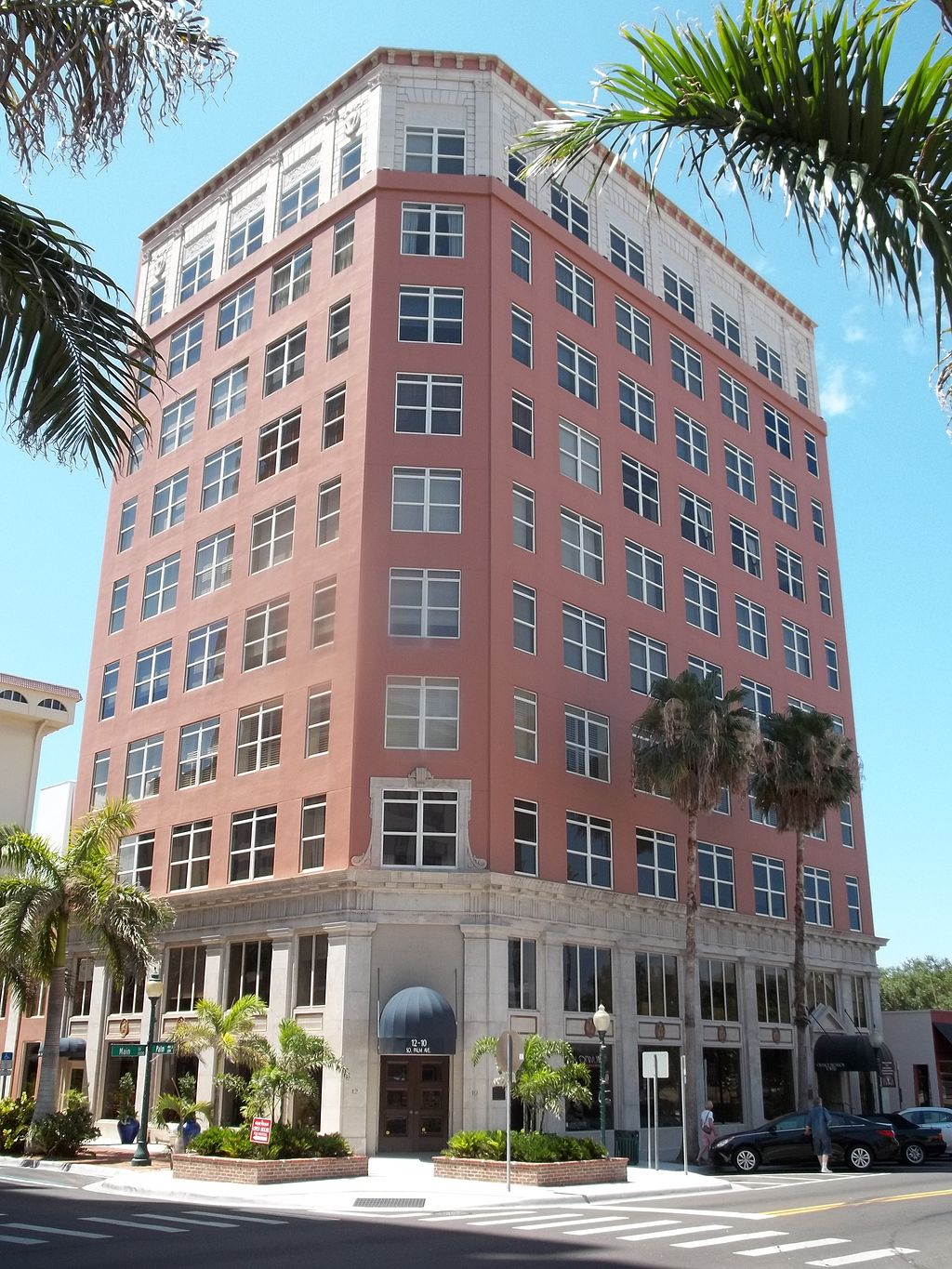 The building served a variety of purposes over the year. It was home to another bank after American National Bank failed in 1928 as a result of the Florida housing industry collapse that followed the end of the Florida Land Boom. The building became a hotel from the 1930s through the 1960s. Next, it was converted into a retirement facility in 1967 and remained as such until the 1980s when occupancy declined. The historic Sarasota landmark was renovated in the mid-1990s and converted to condominiums, reflecting the growth of Sarasota as a residential and retirement community.