Constructed in 1928, the former Venice Depot is a fine example of Mediterranean Revival architecture. It was built by the Seaboard Air Line as part of the city's development plan, which required that commercial and industrial buildings be designed in this style (the plan was created by nationally-known city planner John Nolen). The depot, which is 400-feet long, used to have baggage and freight rooms and, for a time, separate segregated waiting rooms. Today, the depot is the home of the Venice Historical Society. It also serves as a bus station and is the southern terminus of the Legacy Trail, a 12.5-mile recreational-use trail that runs on the old railroad line. The depot's grounds also feature a restored caboose and a statue of Gunther Gebel-Williams, an animal trainer employed by the Ringling Bros. and Barnum and Bailey Circus (the Circus moved to Venice in 1960) who is considered to be the greatest animal trainer of all time.

The Venice Depot was built in 1928 and remains an enduring symbol for the role the railroad played in the city's history. 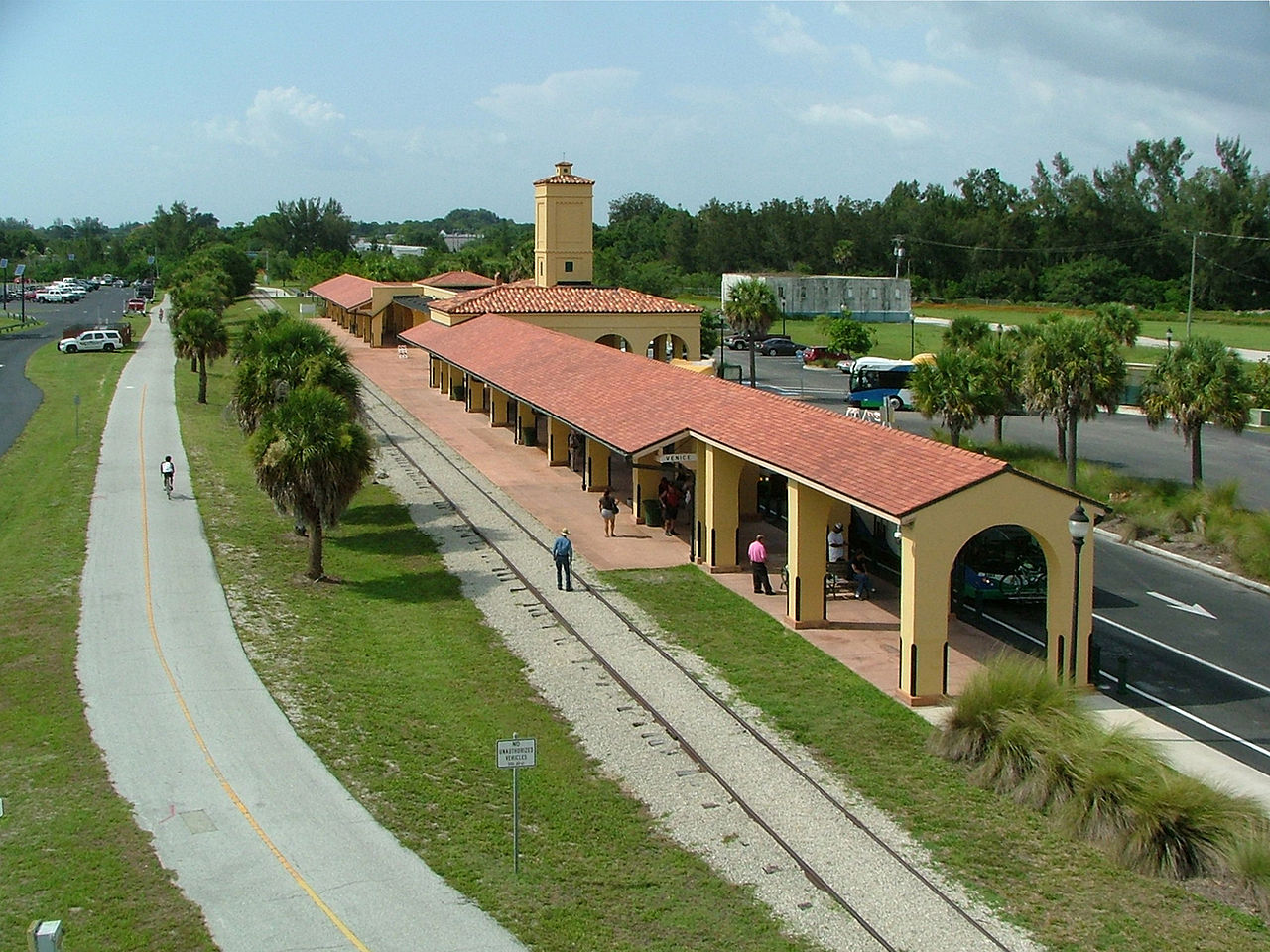 During WWII, the depot was used extensively by the U.S. Army to support the Venice Army Air Base, which trained 20,000 people during the war. Passenger service operated until 1971 and freight service until 1997. Train travel had declined throughout the country as the more and more people came to travel in cars. As alluded to above, the depot did experience a revival of sorts in the 1960s after the Circus relocated to Venice; the Circus used it for shipping equipment throughout the country. In 1967, Seaboard Coast Line Railroad assumed control of the depot. After it finally closed, it fell into disrepair. Thankfully, however, the city bought the depot in 1998 and proceeded to restore it in the coming years.