The Ceredo United Methodist Church is the oldest surviving church in Ceredo. It was first established in 1866 as part of Wayne County's Methodist circuit. The original charter members included prominent locals such as Z. D. Ramsdell. A permanent church building was constructed on land donated by the Hoard family in 1879. It remains in use to this day and still features the original stained glass windows. The congregation has historically been small but has also been very active in the local community.

The CUMC sanctuary was constructed around 1879 and remains in use today. 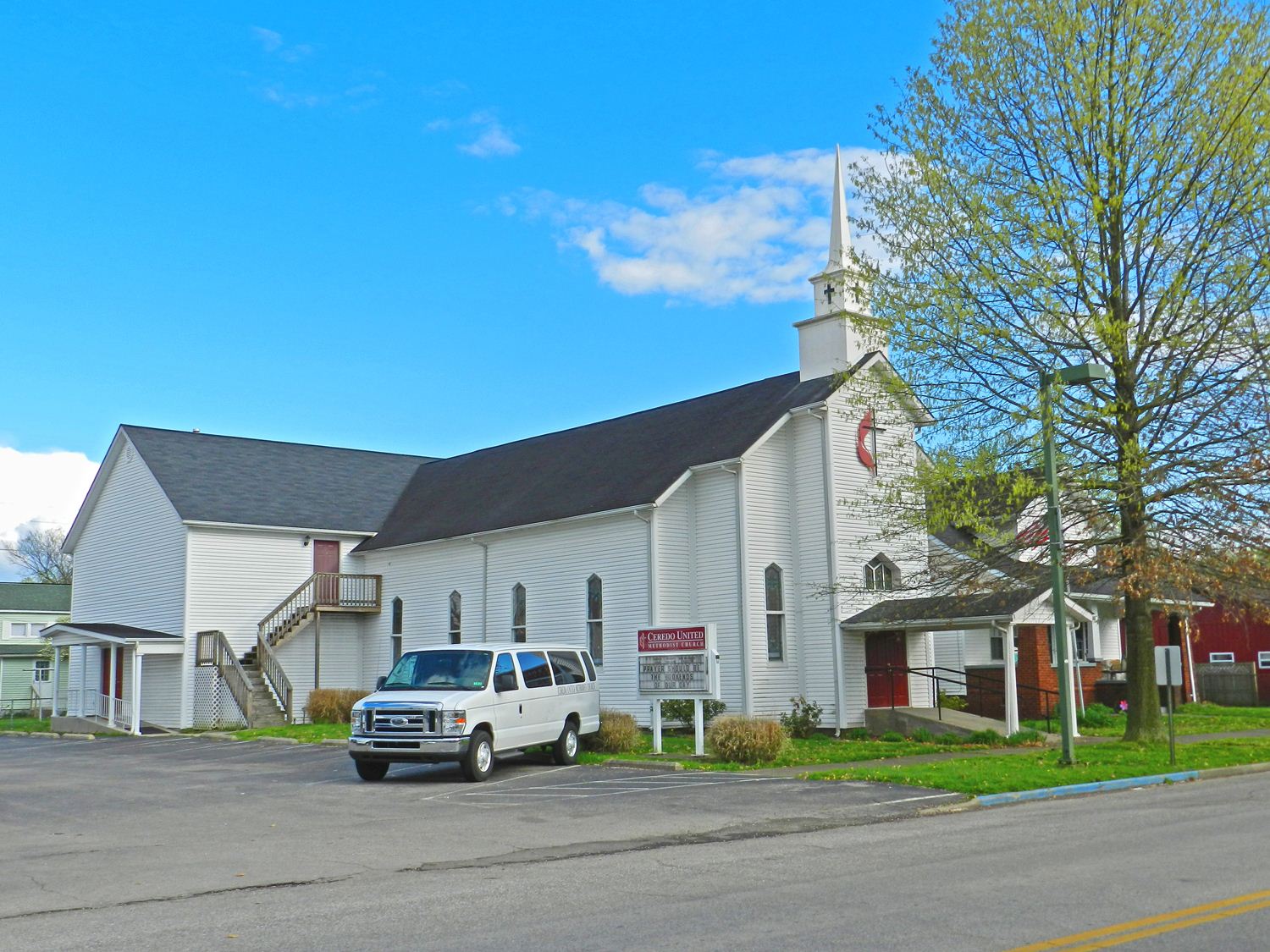 The sanctuary building sometime around the 1890s. The house to its immediate left is likely the parsonage, which was demolished in 1965. 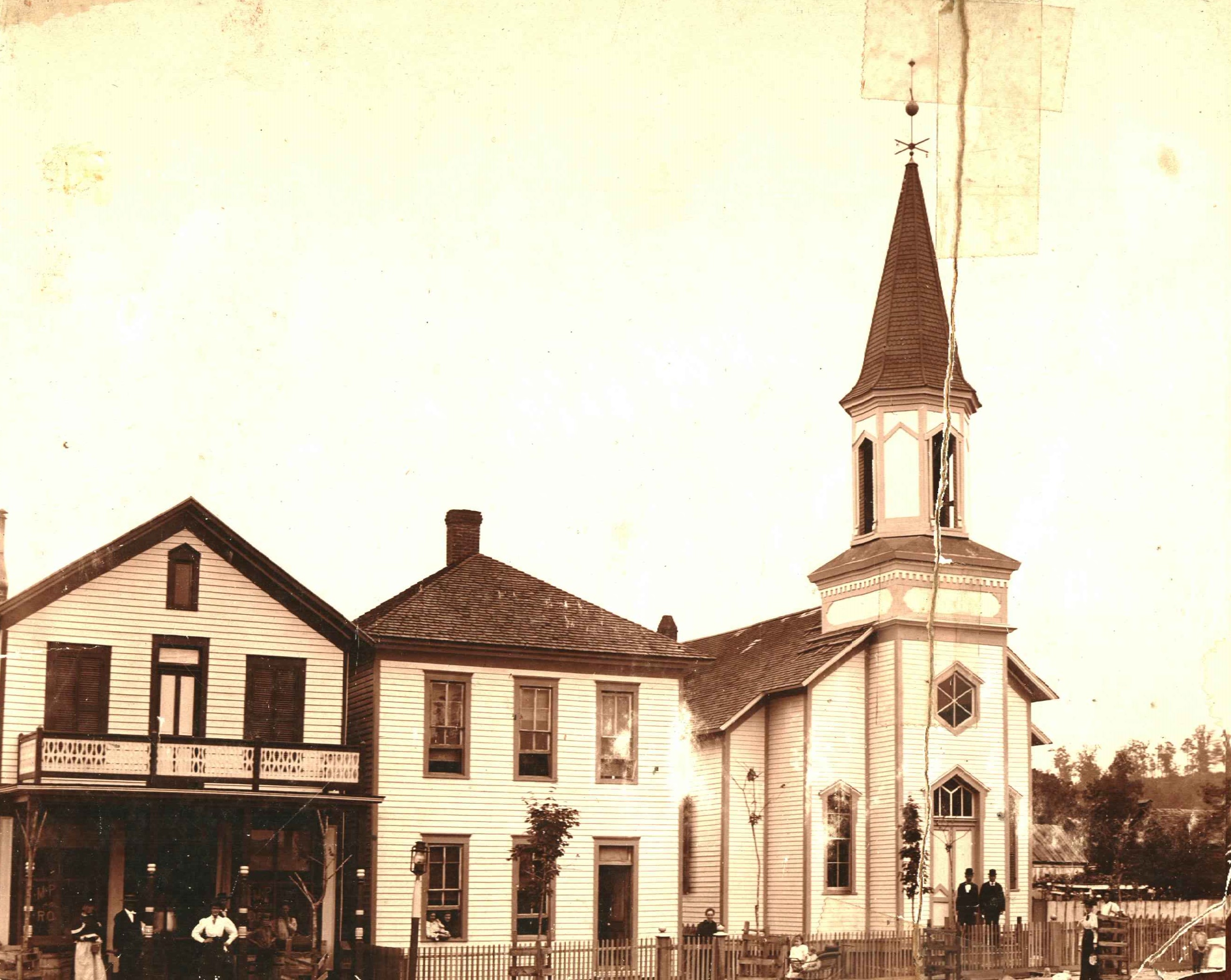 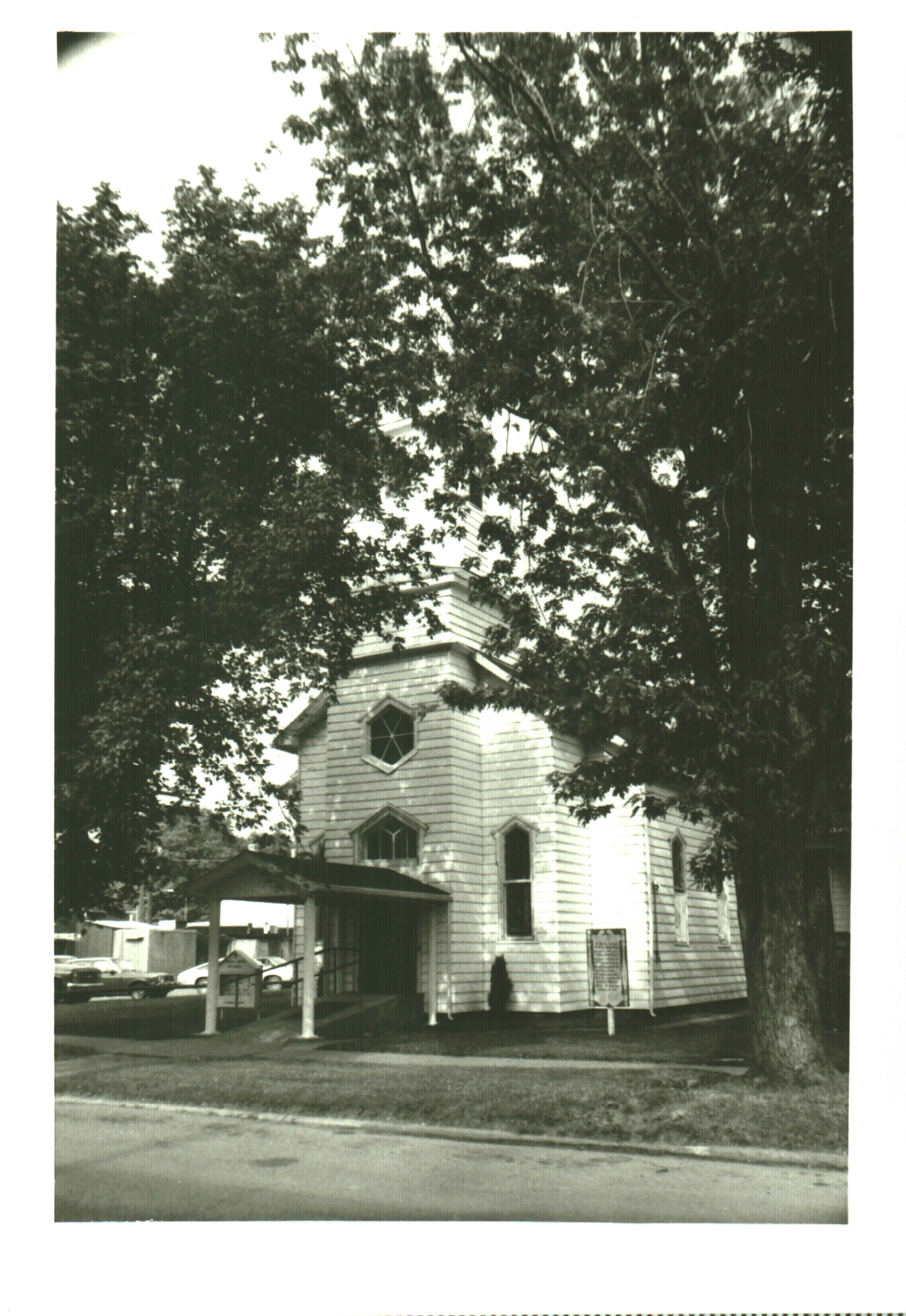 Methodism was one of the largest early church dominations in what is now West Virginia. Its success largely derived from its method of using circuits to maintain organized services. Roving clergymen, known as circuit riders, would travel throughout a region, presiding over worship services for various communities. In this way, Methodists were able to organize small congregations without the leadership of a full-time pastor. The circuit system was crucial to the development of organized religion in the isolated areas of Appalachia. The earliest Methodist circuits in western Virginia were established in the 1780s; a circuit reaching present-day Wayne County was in place by the 1830s.

Shortly after the founding of Ceredo in 1857, a building was constructed to serve as both a church and schoolhouse. The denomination of this church is uncertain; it is possible it may have held services for multiple different groups. Whatever church organization that operated in Ceredo collapsed during the Civil War as the town was decimated and most of the population left. In 1866 the Ceredo Methodist Episcopal Church was officially established. It was organized by a Rev. Hutchins from Catlettsburg, Kentucky and consisted of eleven charter members: Isaac Bloss, Sara Bloss, Alderson Workman, Z. D. Ramsdell, George Parsons, Milton Elkins, Ellen Willis, Mary Frizzell, Sara Warner, Lafayette Brown, and Hamilton Willis. This congregation was part of the Methodist Church’s Wayne County Circuit; starting in 1868 a Rev. Schwarz served as the circuit riding preacher. Services were originally held at the home of Isaac Bloss, and then later in a building shared by multiple denominations.

Sometime around 1874 the Ceredo congregation separated from the circuit to become an independent church. At the same time construction began on a permanent sanctuary, which was completed in 1879. The modest white frame church was built at a cost of $712 on a plot of land on Main Street donated by the Hoard family. The lumber used was harvested from the Hubbards Branch neighborhood. Sunday School classes began in 1887 and continue to this day. A parsonage was constructed beside the sanctuary in 1889, and later demolished in 1965. In March 1893 a severe storm damaged the church building during services; one woman, Sophia Meadows, nearly died after being struck by lightning. In 1920 a livery stable was moved beside the church and converted into an educational wing. During renovation projects in 2001 it was demolished and replaced with a new two-story building. The church building itself, aside from occasional restorations and exterior renovations, has remained largely the same since its construction; it still contains its original stained glass windows.

The congregation of Ceredo’s Methodist church has always been small, with membership never exceeding 200. Historically the turnover rate for pastors has been high as well; a researcher in 1987 reported that the church had gone through a total of 66 pastors at that point. Nevertheless the church has traditionally been very active in the community with various outreach programs. In the summer of 2004 it made news for a “gas ministry” in which it arranged for a local gas station to sell fuel at a discounted price; congregants filled the tanks and cleaned the windshields of customers’ cars. Today the church operates a non-profit thrift shop on the north side of Main Street.