Emerging from devastation, the Sweet Auburn Curb Market made Atlanta grow more than people realized. This market brought people of different races together, and the people of the market worked together to serve the greater good. The Sweet Auburn Market was a huge leap in the right direction in the fight for equal rights. 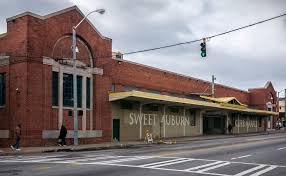 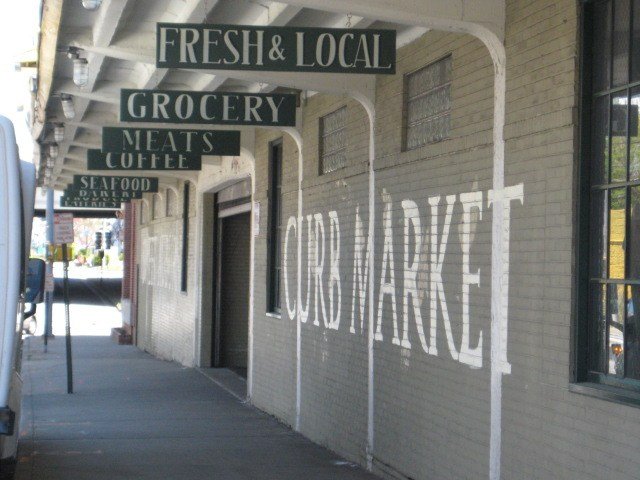 The Sweet Auburn Curb market was born from a tragedy that ripped through the town of Atlanta. The Great Atlanta Fire consumed most of what is now known as the Fourth Ward in May of 1917. The fire killed one person, left more than 5,000 people homeless, and more than 2,000 buildings were burnt to the ground. One year after the fire, farmers flocked to the burnt street of Atlanta to sell their produce. This outdoor market was an immediate success for the local people in the town. For the first time in a long while people could buy inexpensive fresh produce and local meat. All of the vendors were underneath a large tent selling whatever they had to give. At this time, Atlanta was still racially segregated, so the African American vendors had to sell their good out on the curb in smaller stalls. John Wesley Dobbs came up with the name The Sweet Auburn Curb Market because Auburn Avenue was said to be the richest Negro avenue in the world, and the curb part comes from them having to sell their goods on the curb. The name of the market really signifies the racial segregation of the South. Even though African Americans still had to sell their goods on the curb, they were able to bring in quite a bit of money for themselves.

In 1924, the Atlanta Women's Club thought that the market could use a more suitable place for the vendors to sell their products. So Nellie Peters Black and the rest of the Women's Club raised $300,000 for a brand new fireproof brick building. The new market opened on May 1, 1924 as the Municipal Market. The Market continued to flourish throughout the 1940s and 1950s, along with the rest of the neighborhood. Unfortunately, Jim Crow Laws forced African Americans to a small strip between downtown and the neighborhood to the east. By this time it had turned into more than just a place to pick up your groceries. This market turned into a place where people of equal opportunities could meet in peace. In the time period between 1920 and 1960, it was an issue for people of different races to be seen together. The only place that white and Black people could be together in harmony was the train station, and now The Sweet Auburn Market. Blacks and whites were treated equally here, which was unheard of in the South.

The Sweet Auburn Curb market was considered revolutionary in the Civil Rights era, because when people of different races entered the market, the color of their skin was not considered. People bought from the African Americans without the prior biases, and that was different than what people were used to. The Sweet Auburn Curb Market was a great move in the right direction towards racial equality in the South.