The Barnhart Rice Homestead, also known as the Stone House, was built in the 1820s. It was constructed from hand-cut sandstone ashlar blocks quarried only hundreds of yards away from its location. The house has undergone little work over the years and still has its original fireplaces and woodwork. Today, the homestead is one of the most well-kept examples of German vernacular architecture. 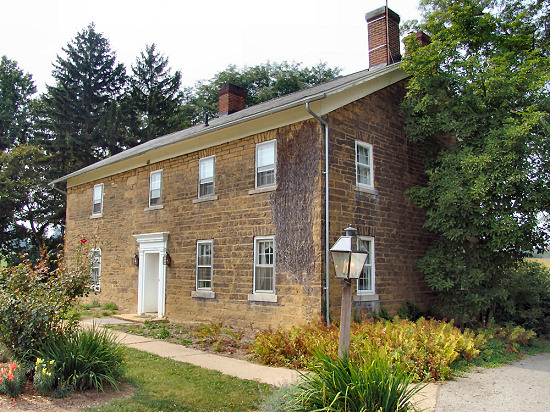 Frederick Rice was born in Pennsylvania on September 29, 1753. He fought under George Washington during the American Revolution and worked as a spy against the Native Americans of Pennsylvania for two years. After retiring from the military, Rice married Catherine Lauffer and they and their children moved to this 320-acre property, which was deeded to them by President James Monroe on May 21, 1821. Ownership was later passed on to his sons Barnhart and Simon, and it was kept in the family until 1891 when it became the Ohio Agricultural Experiment Station (later renamed the Ohio Agricultural Research and Development Center).

The house was damaged by a tornado on November 5, 2017. Half of the roof was torn away, and water damaged the interior.