Dr. Martin Luther King came to Boston University to pursue a Doctorate in Theology in 1951. The years he spent in Boston were very formative because he was able to solidify his theological, philosophical, and political ideologies with the help of BU faculty. After graduating, Dr. King moved to Montgomery, Alabama where he became involved with the Montgomery Bus Boycotts of 1955. It was his time at Boston University that gave Dr. King the strong values and ideology that he perpetuated throughout the African American Civil Rights Movement. 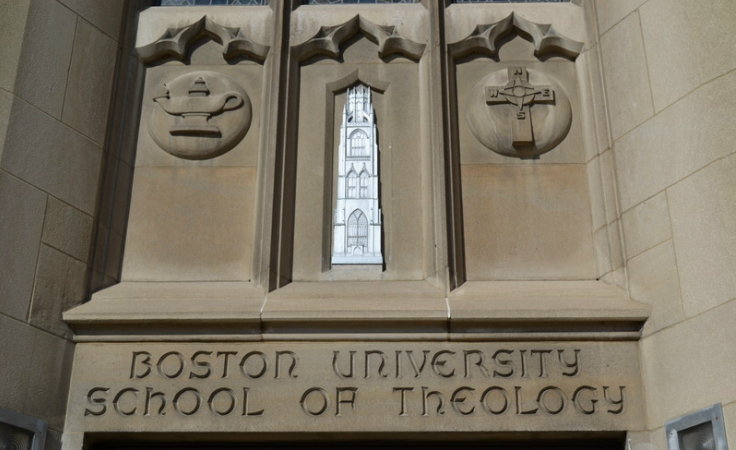 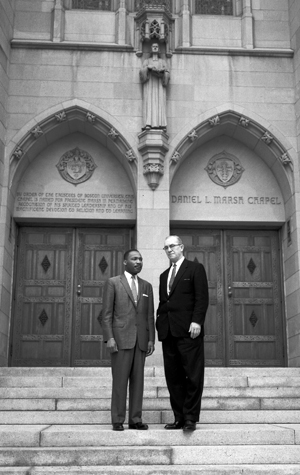 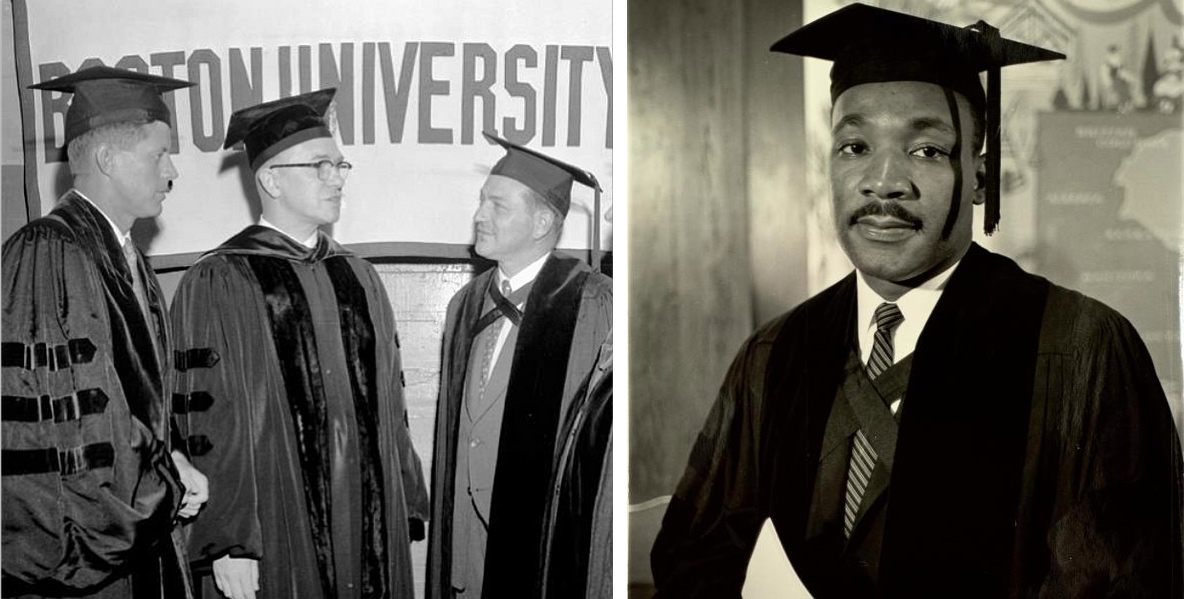 It can be easy to forget that Boston University is the reason Martin Luther King, Jr. became Dr. King in the first place. Dr. King came to Boston to pursue a doctorate in Theology in 1951, met his wife here, and established the building blocks of his theological and political ideology. The time that Dr. King spent at Boston University would influence the African American Civil Rights Movement of the 1950s and 1960s long after he stepped off campus. His time at BU was spent in discussion with great minds such as L. Harold DeWolf, Allan Knight Chalmers, and Howard Thurman, who guided him on many intellectual explorations.

Martin Luther King, Jr. went to seminary school at Crozer Seminary in Upland, Pennsylvania and went to Boston University because three Crozer professors recommended BU. During his time in Boston, Dr. King decided to live in South Boston in an area known as “Little Harlem” so he could spend time exploring the city and being involved in city life. His apartment building, located at 397 Massachusetts Avenue, still houses residents today. When King arrived in Boston, he was unsure of the direction he wanted his life to take. He was torn between going back to the south and becoming a pastor to very-high class church, or going into some form of social activism. Thankfully for the Civil Rights Movement, Dr. King became a driving force in the fight for racial equality in the United States.

While studying for his Doctorate in Theology, Dr. King became very interested in a form of philosophy called Personalism. Personalism is the idea that people hold the highest (but not only) intrinsic value. Therefore, every person should be respected because everyone was made by God the Creator and if you respect God you must respect one another. Personalism became a foundation for much of Dr. King’s political ideology later in life. He urged Americans both Black and white to treat each other with respect and dignity, because humans are held at an extremely high value in the eyes of God. Howard Thurman also influenced Dr. King’s activism by discussing with him the importance and power of nonviolent protests.

After graduating from Boston University, Martin Luther King, Jr. and his wife Coretta moved to Montgomery, Alabama in 1954 where he became the pastor of Dexter Avenue Baptist Church. The following year would bring with it the Montgomery Bus Boycotts and subsequently the African American Civil Rights Movement. Dr. King became extremely active in advocating for the rights of Black Americans and used much of what he learned at Boston University in his addresses to the public. His charisma and passion for the cause drew people to him and around him to the point where he was able to lead protest marches filled with thousands of people.

Dr. King is still a presence at Boston University today. He donated his papers to BU in 1964 and there is a statue at the center of campus dedicated to his work. The statue is named the “Free at Last” statue and it is comprised of 50 iron doves, one for each of the 50 states. The artist who created it says that when world peace is achieved, the 50 doves in the statue will rise up and fly away.