Created in 1942 at the behest of President Roosevelt, the Jacksonville United Service Organization (USO) is the longest and continuously-operating USO in the nation. Originally designed to meet the growing morale and recreational needs of service members far from home, it opened its doors to countless troops throughout war and peacetime. The Jacksonville USO is a 501(c)(3) Nonprofit Organization staffed by community volunteers and cooperates with currently ten other USO locations within North Carolina to create the USO of North Carolina system. The USO continues to be a civilian lead effort to provide various forms of entertainment, comforts, and assistance for thousands of service members and their families today. 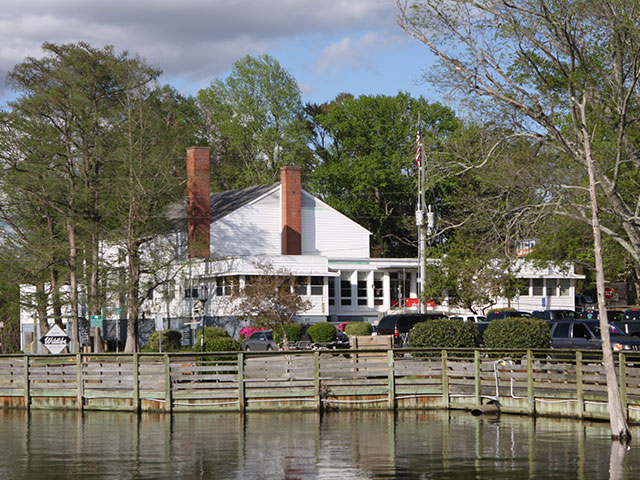 The onset of World War II made apparent the growing need for morale boosting and recreational services among military service members stationed far from home. At the urgence of President Roosevelt, six privately funded organizations: the Salvation Army, the Young Men’s Christian Association (YMCA), Young Women’s Christian Association (YWCA), National Catholic Community Services, National Jewish Welfare Board, and the Traveler’s Aid Association established the United Services Organizations for National Defense which would later be shortened to USO.1 The building was constructed by the Federal Works Agency using appropriations passed as part of the Lanham Act, which included provisions for the construction of 51 USO buildings in 19 states with the Jacksonville USO being one of three “Type A,” buildings to survive.1 The ownership of the Jacksonville USO was transferred to Marine Corps Base, Camp Lejeune in 1952 and since that date, the base had leased the building to the Jacksonville USO.1

The Jacksonville USO building is located on Tallman Street and relies solely on private donations, grants, and fundraisers to operate and receives no direct funding from the national USO or from the government.2 The USO continues to stay true to its original mission and provide support to military service members and their families both at home in the states and overseas.The USO of Jacksonville has a large auditorium, a snack bar, a cyber cafe, three meeting rooms, a game and movie lounge, library, and collection of over 75 years of military memorabilia open to the public.3