Completed in 1900, the Inn at Ragged Gardens is just a few blocks from Blowing Rock’s Main Street. Originally known as the Washburn House, the Inn began as the private residence of A.W. Washburn. The home became a boarding house and has operated as a bed and breakfast for more than a century. With thirteen rooms, an on-site restaurant and wine cellar, this location is a prime example of chestnut bark construction first made popular in Linville by architect Henry Bacon. In addition to its use as a bed and breakfast, the Inn is currently available as an event venue for weddings and large gatherings with information on the website. From May through October the Inn also hosts Music on the Lawn each Friday evening. A variety of bands perform free concerts for the public. These events are sponsored by nonprofit organizations and The Inn at Ragged Gardens welcomes all on Fridays.[5] 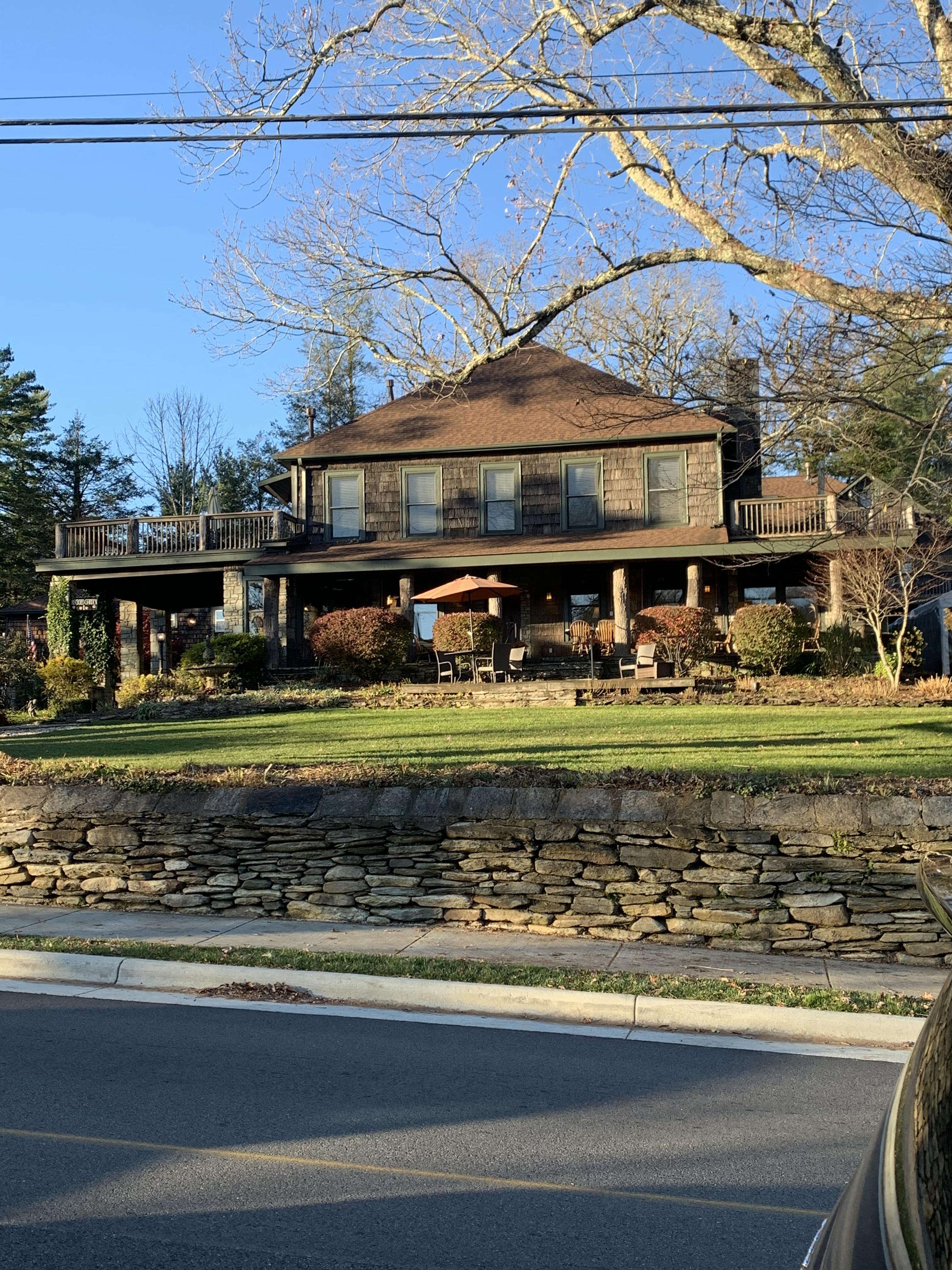 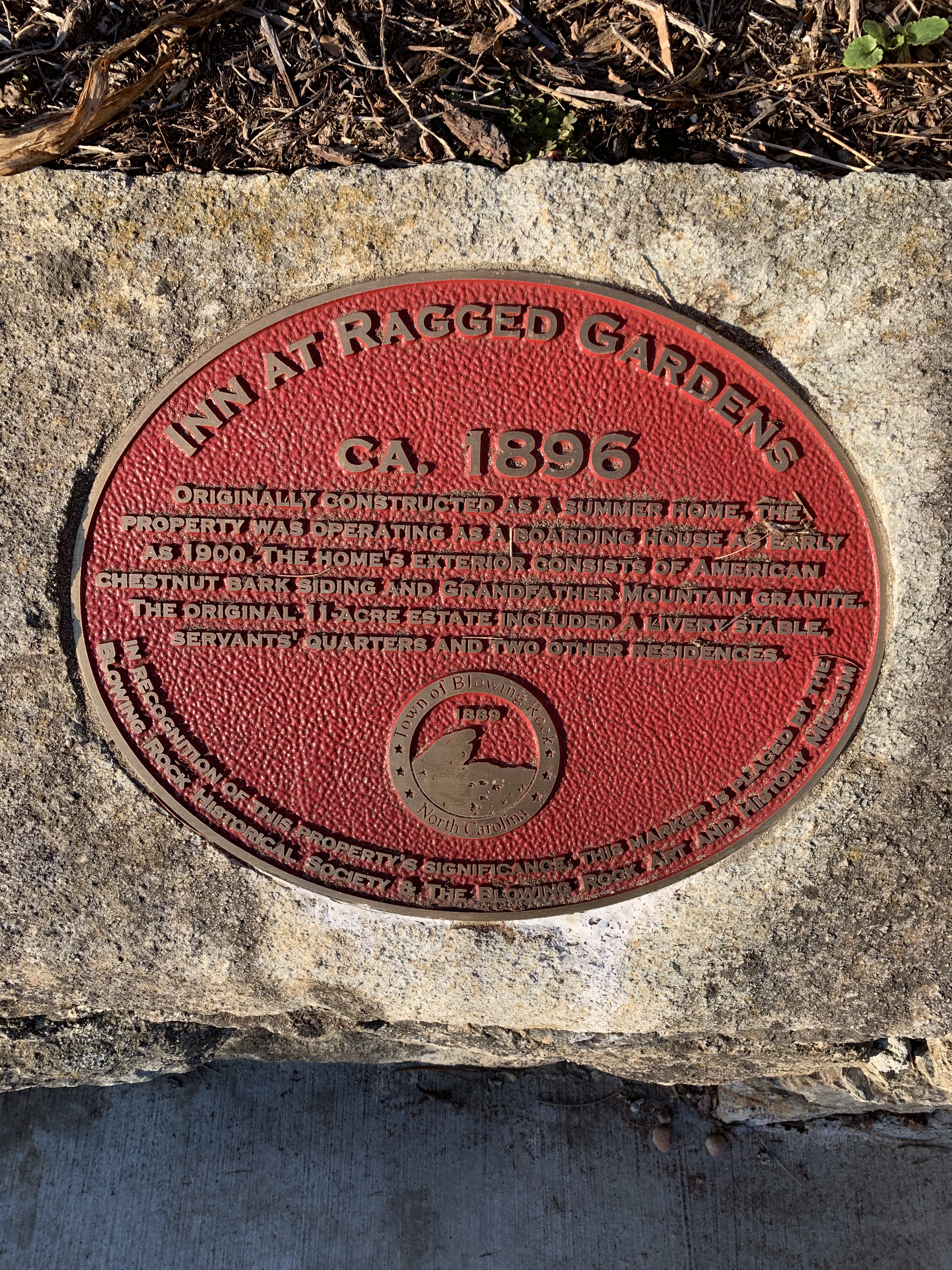 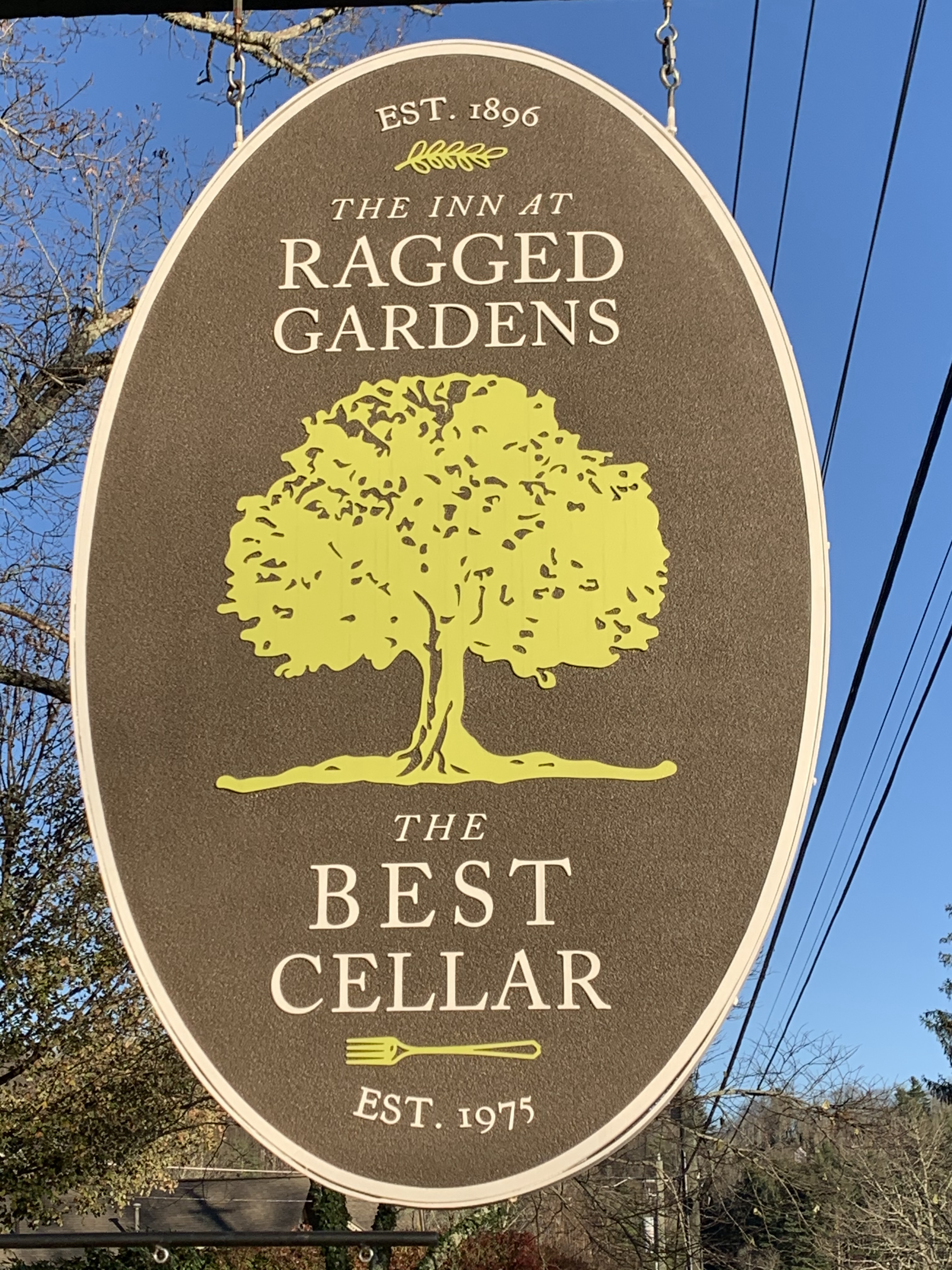 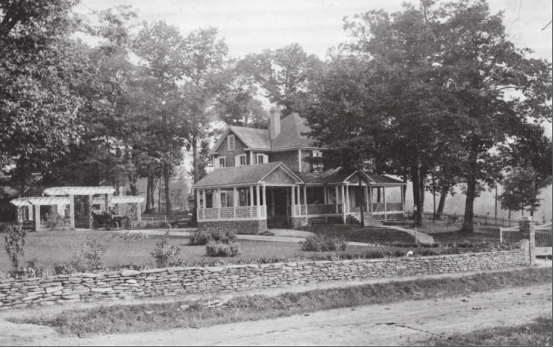 The turn of the twentieth century brought many wealthy families to the North Carolina mountains in search of cooler summer temperatures. A.W. Washburn, of Charlotte, N.C., joined the ranks of the “cottagers” with the completion of his Blowing Rock home in 1900.

The home utilizes chestnut bark for the exterior siding. This use of bark was made popular by architect Henry Bacon who, in the late 1800s, designed several cottages and community buildings in Linville, N.C. utilizing chestnut bark siding. He is best known for his design of the Lincoln Memorial in Washington D.C.

The chestnut blight of the early 1900s devastated the American Chestnut tree. Consequently, the large amount of chestnut paneling and trim work used on the interior of the Inn is a key feature of the home. The paneling on the first floor, the double doors leading into the reading room and the paneling of the room itself are all made of chestnut.[1] Grandfather Mountain granite is also used throughout the home. [2].

The original 11-acre estate included a livery stable, servants’ quarters and two other residences as well as riding trails connecting it to the adjacent forest. [3] A cottage used for extra boarding was added in 1927. The exterior of this second building is made of the same chestnut bark as the home. The home is located near the center of town but the use of stone walls and extensive gardens helps keep the property uniquely separated from the storefronts.[4]