Started1919, Hanna’s Oriental Rugs & Gifts has been a fixture of Main Street Blowing Rock shopping, supplying visitors with a large selection of oriental rugs, antiques, porcelain and fine linens. George Hanna built the brick building currently standing at 1123 Main Street soon after the 1923 fire that destroyed much of downtown Blowing Rock. The building was the summer home for Hanna’s rug business and also provided an apartment for the family. The current entrance is on the south side of the shop in the stone building that housed the Yonahlossee theater between the years of 1939 and 1979.

The original Hanna's building is the brick building with the awning on the left. The stone building on the right is the Yonahlossee Theater building. Photo 2018 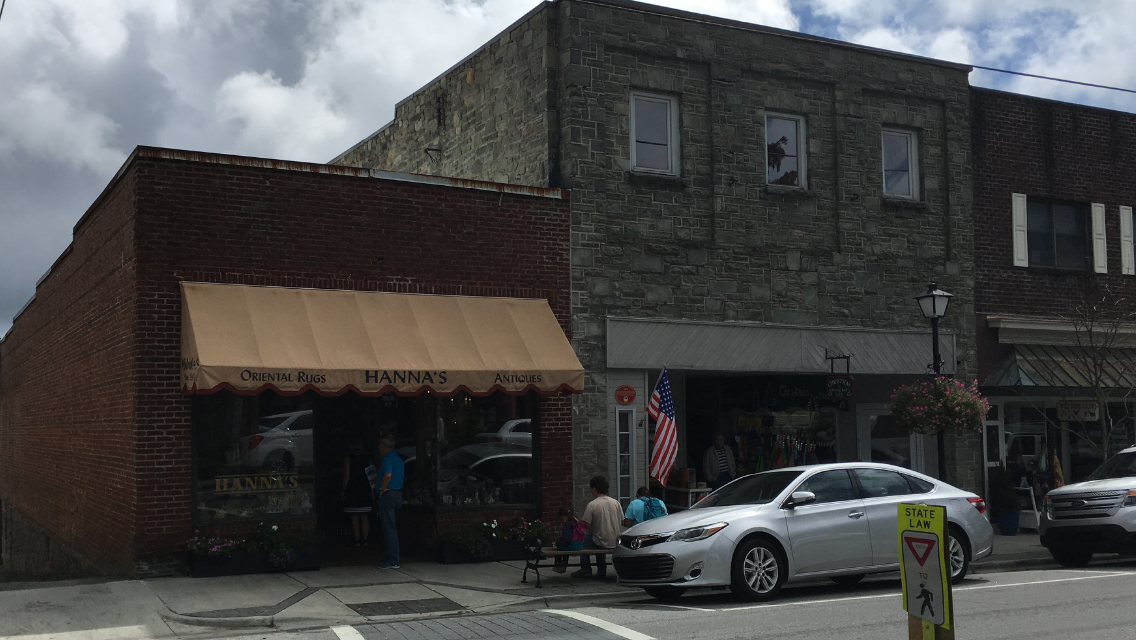 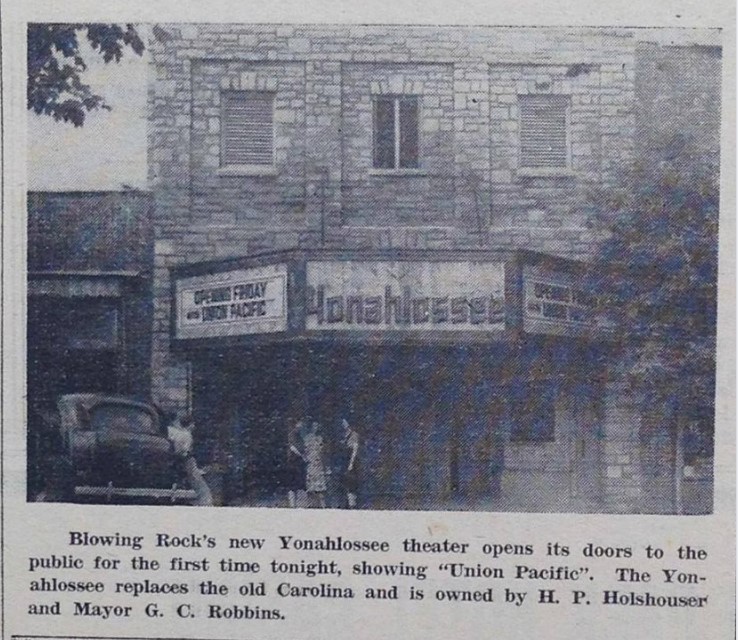 In March of 2018, Thamena Hanna accepted one of Blowing Rock's historic markers for the Yonahlossee Theater. 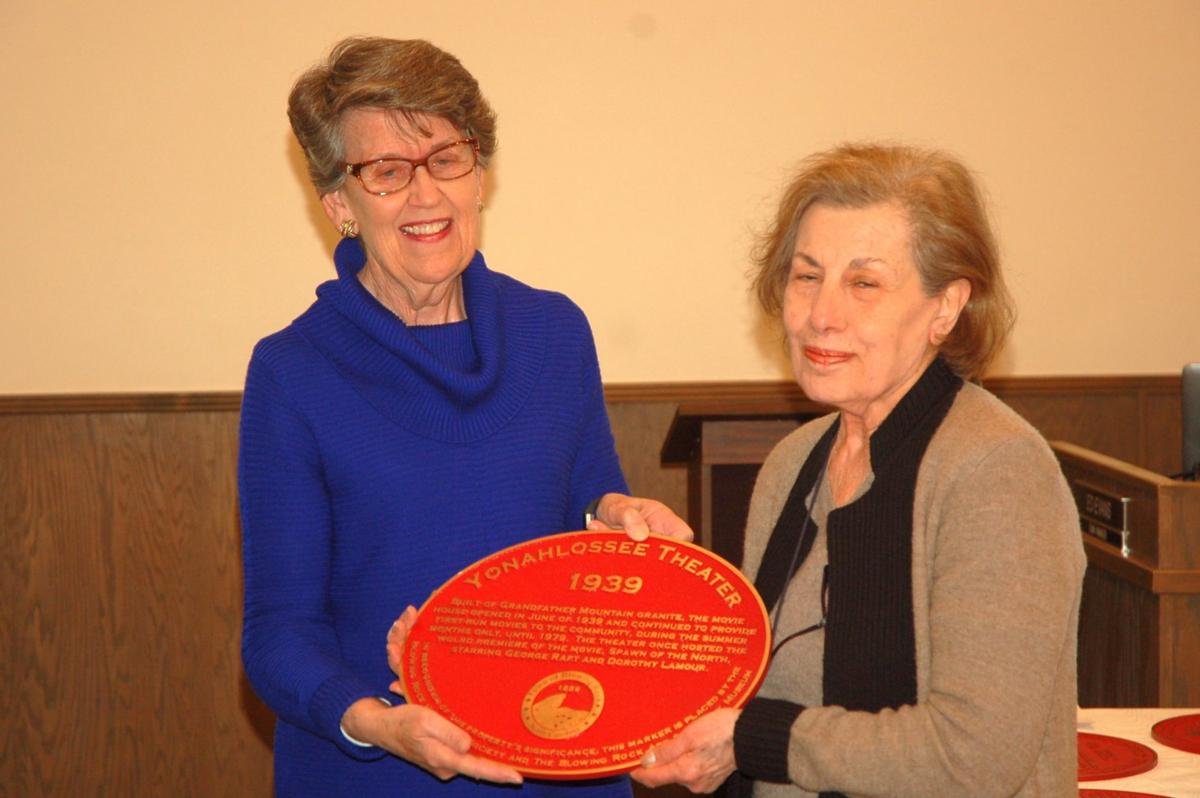 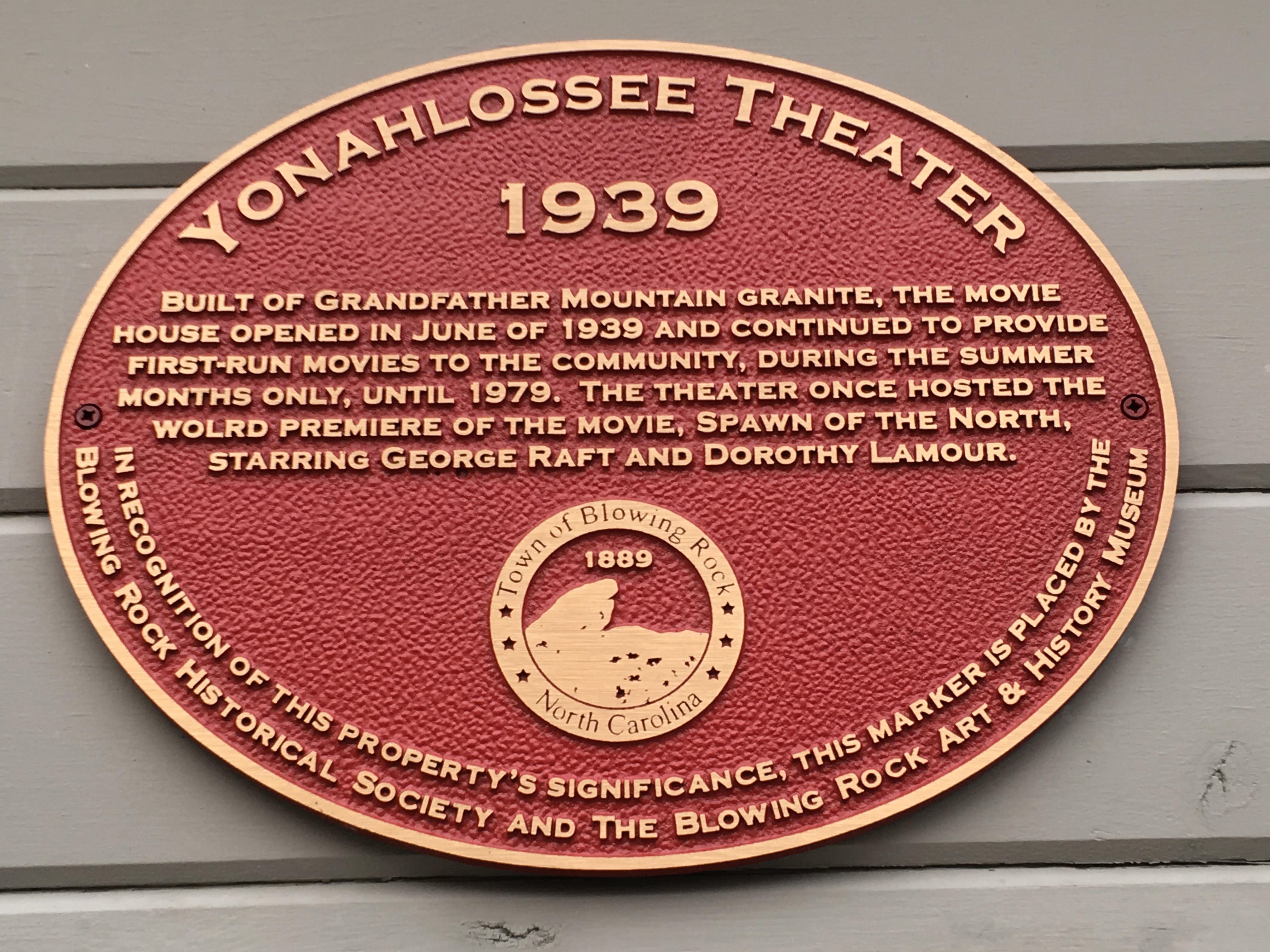 Clean mountain air, pure spring water and outdoor activity began drawing tourists to Blowing Rock as early as the mid-1800s. Consequently, by the end of the 19th century Blowing Rock officials were committed to promoting the town as a tourist destination. This endeavor created rapid growth in the town leading to a main street that was a collection of poorly built wooden structures. On October 3, 1923, a fire swept through downtown Blowing Rock destroying a large section of the town. Although the fire devastated the town, as Lena Robbins recalls, “it was also a blessing in disguise.” The fire swept away many eyesores and paved the way for new construction. After the disaster an ordinance banning wood construction on Main Street was immediately put in place and by the spring of 1924 reconstruction of the town was booming. Many new brick buildings, including the one built by George Hanna, were beginning to line Main Street.

Hanna’s operated in Blowing Rock every summer season between the months of June and October. As Thamena Hanna recalls, at the end of October they shuttered the store, packed up the merchandise and moved back to Sarasota FL, returning the following June to supply rugs and gifts to the summer “cottagers” and summer visitors. The beautiful homes of these prominent families can still be found around Blowing Rock. The Cone Manor, Chetola and Westglow are just a few of the homes that supported the businesses of downtown.

Currently Thamena Hanna operates Hanna’s, however, since 1919, four generations of the Hanna family have contributed to running the business. On March 10, 2018 during Blowing Rock's 129th birthday celebration, Thelma Hanna accepted one of the town's historic markers for the Yonahlossee Theater building.