The Navy-Merchant Marine Memorial in Washington, D.C. was constructed in 1934 to remember sailors who died during WWI. Often referred to as the "waves and gulls" monument, the Navy-Merchant Marine Memorial commemorates both the sailors in the United States Navy and those of the Merchant Marine who were lost in the vital task of protecting shipping lanes and transporting men and materiel in the Atlantic. The monument is located in Lady Bird Johnson Park. Visible behind the monument are the Washington Monument and Jefferson Memorial across the Potomac River. 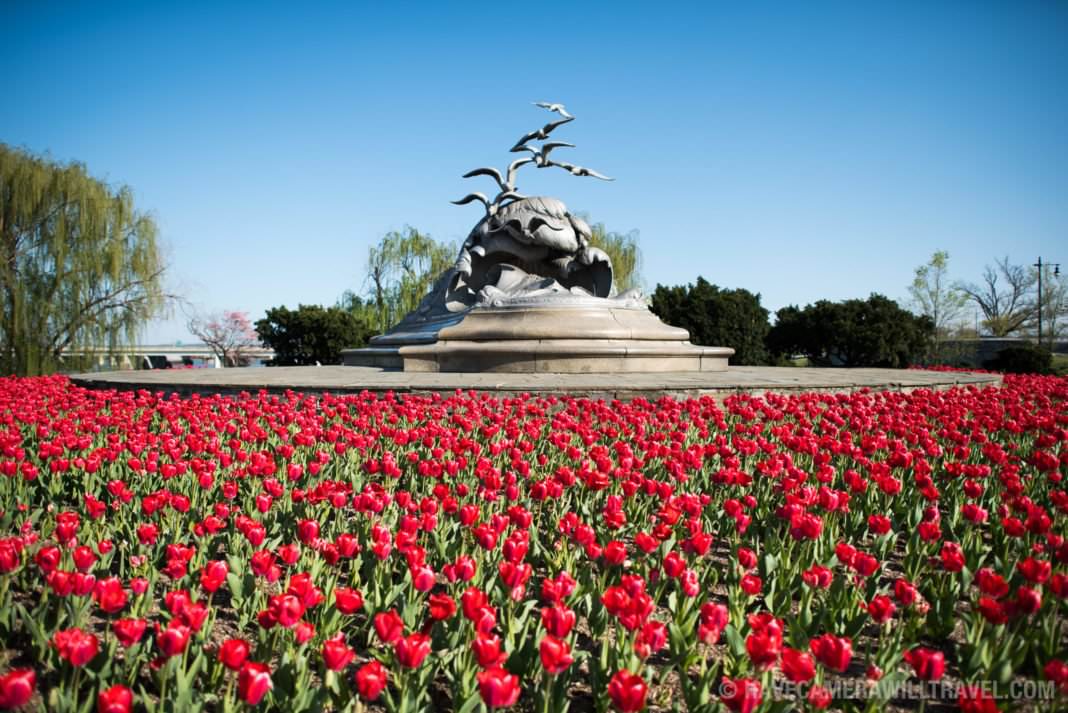 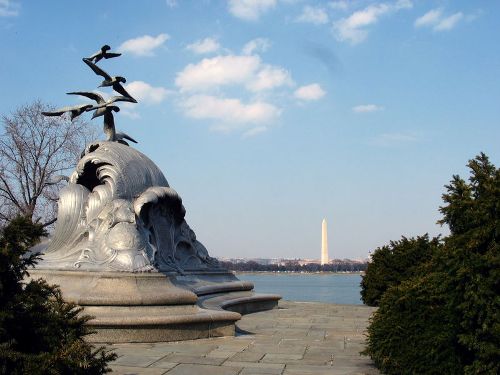 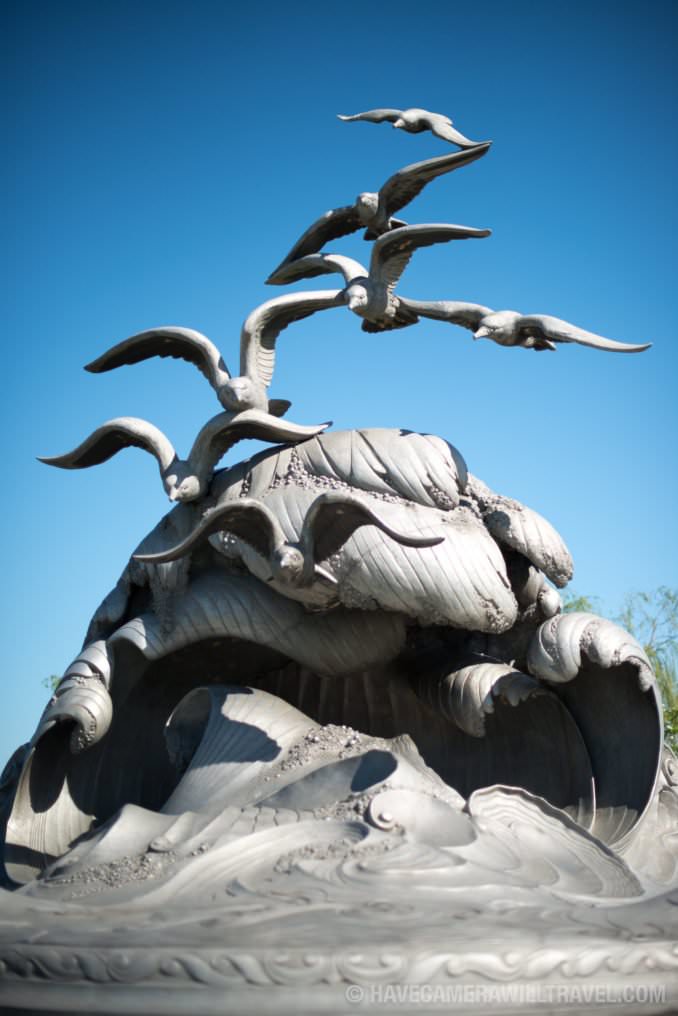 The Navy-Merchant Marine Memorial was designed in 1922 by Harvey Wiley Corbett and brought to life by artist Ernesto Begni Del Piatta in 1934. The 35-foot-tall monument stands as a memorial to all of the United States Navy and Merchant Marines who lost their lives in the contested seas of the First World War. The monument is surrounded by a flower bed that is full of red tulips each spring, a reference to the red poppies which became a symbol of commemoration following the publication of a poem that referenced the poppies of Flanders Fields in Europe.

The Navy-Merchant Marine Memorial, often referred to as the "waves and gulls monument" is within walking distance of the Pentagon in Lady Bird Johnson Park. The inscription at the base of the monument reads “To the strong souls and ready valor of those men of the United States who in the Navy, the Merchant Marine and other paths of activity upon the waters of the world have given life or still offer it in the performance of heroic deeds this monument is dedicated by a grateful people.” It was updated with a green granite base in 1941.