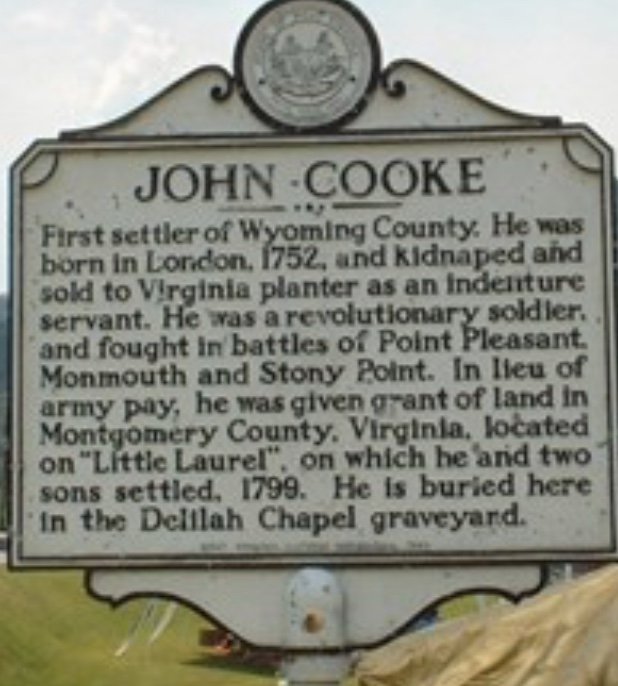 In 1777, John joined the Continental Army, and fought in battles at Pt. Pleasant, Monmouth, and Stony Point. During this time, instead of paying them with money, soldiers would sometimes receive a grant of land. This was the case for John Cooke. In recognition of his service in the Revolutionary war, he received a land grant and became the first settler of Wyoming County in 1799.

Cooke filed for his pension for his service in the Revolutionary War on September 17, 1832.  However, he died on November 21, 1832 at the age of 80, before his request was approved.  His second wife, Annie Hendrix, eventually received the pension payments. The Col. Andrew Donally Chapter of the Daughters of the American Revolution was responsible for creating the monument. John and his first wife Nellie, are both buried in the town next to each other. While the life of John Cooke began with unfortunate circumstances, he became a known man around Wyoming County, West Virginia.