Constructed and staffed in just thirteen months and operating between 1941 and 1945, Kansas City's North American Aviation was an aircraft manufacturing plant that produced many of the B-25 bombers used by the United States military during WWII. The plant ceased production in 1945 after completing 6,608 B-25 bombers. The factory was converted to automobile production by General Motors and the first car came off the assembly line in 1946. The large factory sat on the bank of the Missouri River adjacent to Fairfax Airport.

The federal government built the North American Aviation plant. In just thirteen months, the plant was not only complete but had trained employees who built the first complete aircraft. 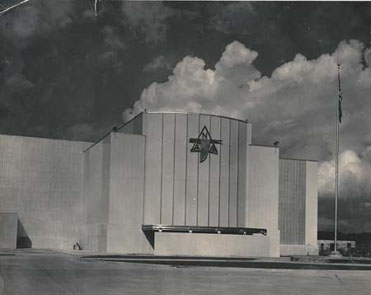 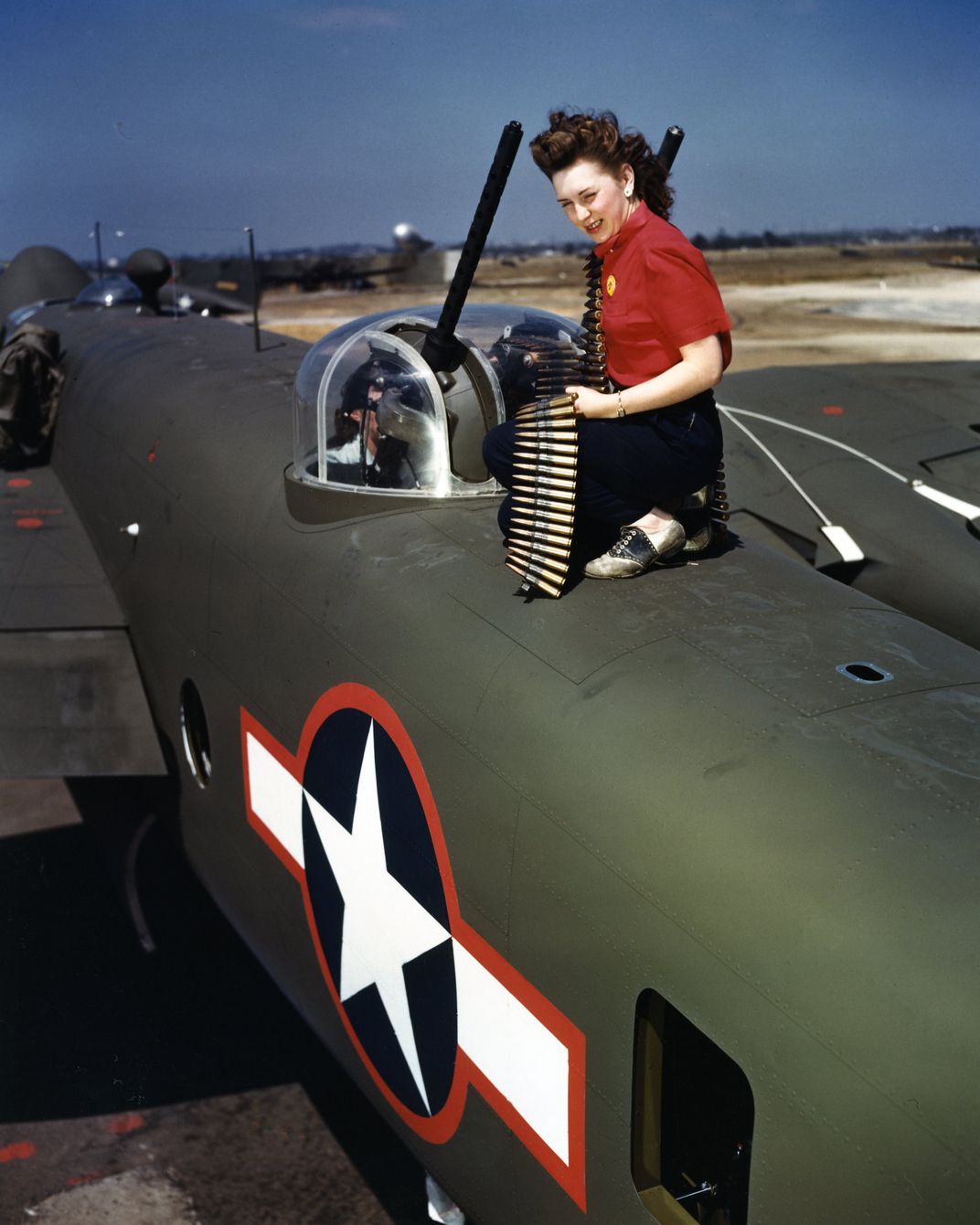 Prior to the construction of this and other World War II plants, demand for aircraft was fairly low and most planes were built one at a time. 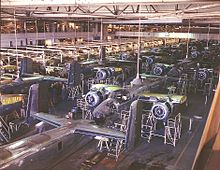 The lack of windows meant that the factory could operate in blackout conditions should American cities be under attack. 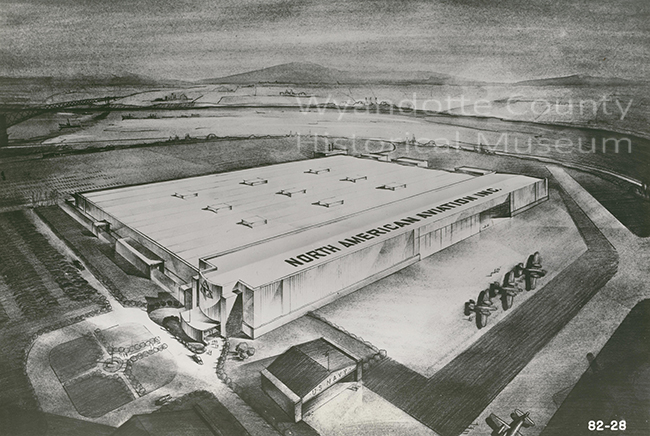 Future "Rosie the Riveters" who worked at NAA-K learn the art of riveting from an instructor at Kansas City's Lathrop Training School. 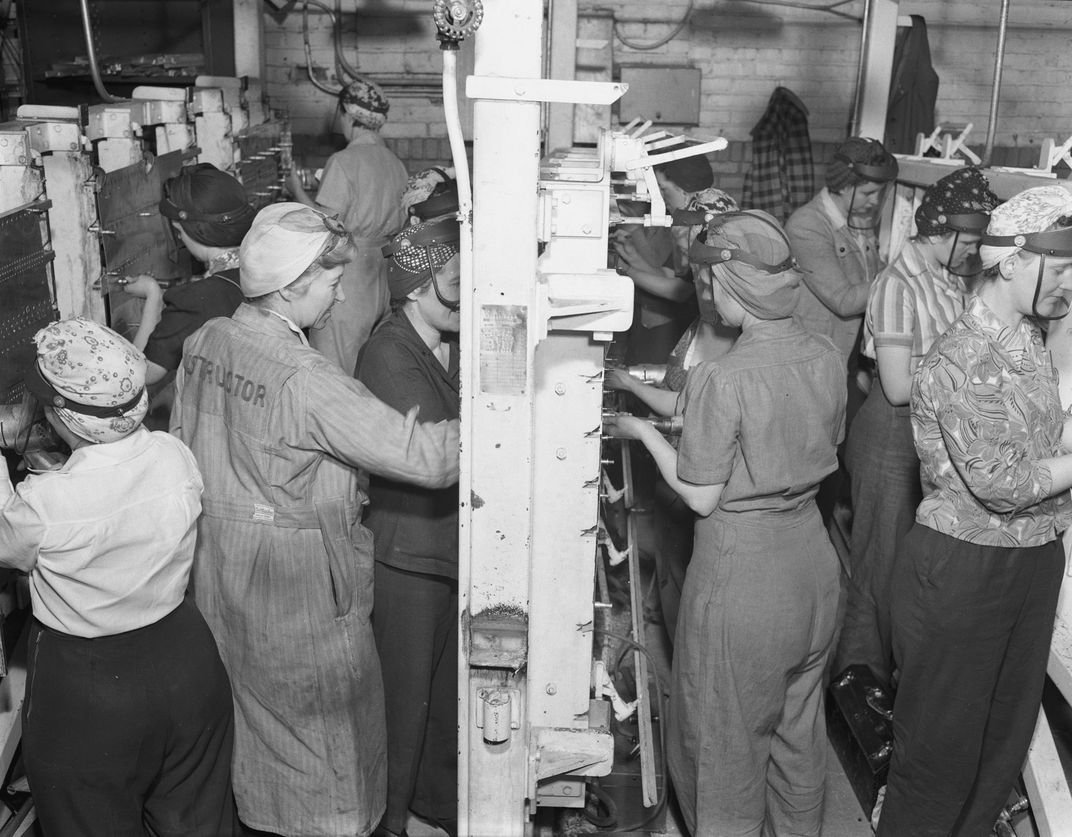 This particular factory constructed B-25 bombers which were one of the most important military aircraft in the war. The former North American Aviation plant is now owned by Boeing, and the plant is still in use by General Motors and also home to a medical clinic.
North American Aviation was building fighter planes as early as the 1930s, but it wasn't until the early 1940s that this particular plant played such a large role in the outcome of WWII. This plant, known as NAA-K ,built thousands of planes intended for training purposes, along with earlier versions of the B-25 bomber. To keep up with production, the company hired thousands of laborers across the United States. With the lingering effects of the Great Depression, citizens were eager to get back to work and the plant hired both women and men.

Construction of the B-25 bomber began in the summer of 1941 and continued through 1945. The B-25 was a significant factor in America's victory in the war. In fact, a squadron of B-25s that were modified to take off from an aircraft carrier and fly a long distance dropped the first bombs on Japan in the Doolittle Raid. While this attack did little to alter the war, it lifted American spirits following the attack on Pearl Harbor and marked the first time U.S. bombers attacked the Japanese islands. Commander Doolittle was later awarded the Medal of Honor for the attacks.

The area around the North American Aviation Plant was also home to a small Air Force installation that was used up into the late 1940s. Employees of the plant were given Army and Navy awards due to their excellence in building the planes that made a drastic difference during WWII. After the war, the plant converted to civilian construction with General Motors converting the plant to produce automobiles.