The steel-framed Rhode Island Hospital Trust Building (built 1917) stands eleven stories and marked by its marble-faced low levels and limestone facing above. building, faced mostly in limestone, with marble at the lowest level. The building stands as a reminder of the significance of banking institutions as the country approached the Gilded Age. The historic structure served the Rhode Island Hospital Trust, a banking institution founded in 1867 to manage the financial affairs of 1863-chartered Rhode Island Hospital, founded in 1863. The building now exists as part of the Rhode Island School of Design, housing its Fleet Library and housing for roughly 500 students. 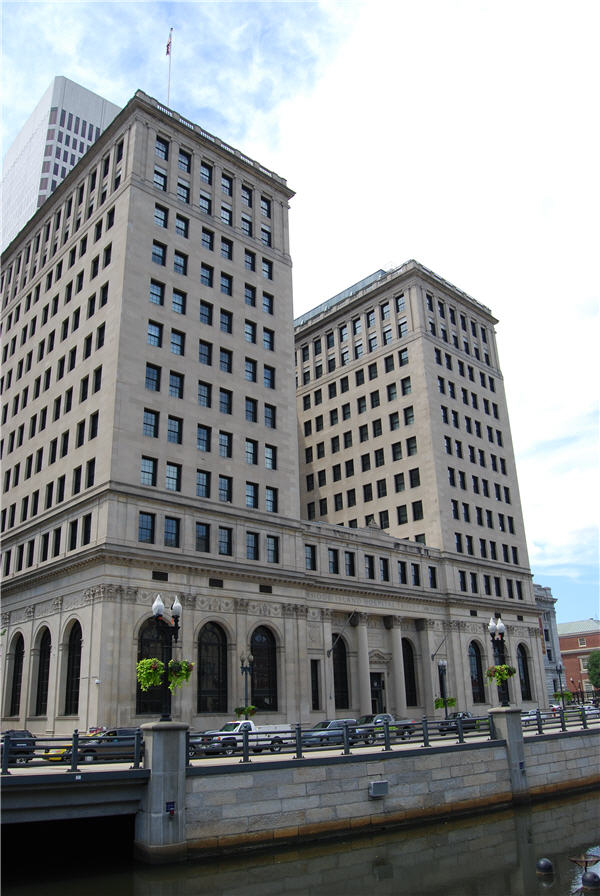 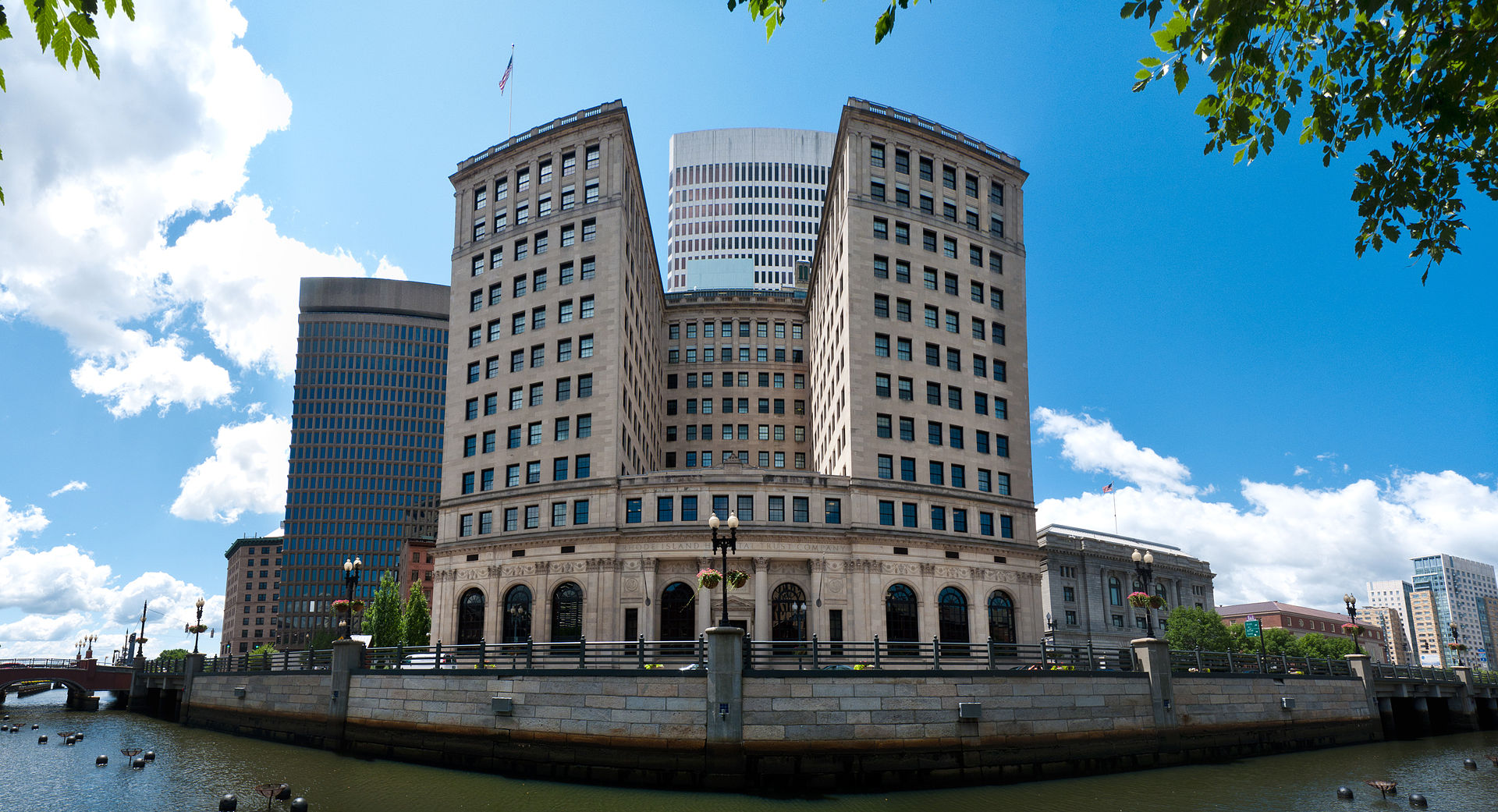 The Rhode Island Hospital Trust Building (built 1917) remains an attractive building despite its age. The eleven-story steel-frame building, faced in marble at its lowest levels and limestone above, served the Rhode Island Hospital Trust banking institution for most of the twentieth century. The Trust had been founded in 1867 to manage the financial affairs of the Rhode Island Hospital, which had been chartered 1863 and then opened 1867 (delayed by the U.S. Civil War). Over the years, the building evolved into a significant local commercial bank. The Bank of Boston purchased the building in 1985 and then, as with many historic buildings in Providence, was acquired by the Rhode Island School of Design, who bought it in 2004 and continue to occupy the building today.  The building stands as a reminder of the power of banks and financial institutions as the country gravitated towards the Gilded Age; extravagance in architecture and internal design, was a general rule for downtown buildings.
In addition to its attractive design, the building also demonstrated examples of modernized engineering (for the time). For instance, pile foundations comprised of steel and concrete footings were driven well below the waterline of the Providence River. As well, the building including an elaborate ventilation system, which drew in fresh air from the roof of the building, filtered it through a spray chamber to remove dust, dried it chemically and then sent it through the heating stack.
Along with its novel, historic architecture, its original tenant enjoys historical value, too. Providence recognized during the late 1850s a need for a large, well-staffed hospital. As a result, the town chartered the Rhode Island Hospital in 1863, partially funded by local donations dating back to 1857. And, despite the U.S. Civil War forcing delays in construction, the hospital opened its doors in 1868. During the lengthy construction process, it became increasingly apparent that there was a need for proper administration and financial management. Thus, in 1867, the Rhode Island Hospital Trust Company was organized.
The Trust company started small, operating in rented rooms, but gradually took on other commercial banking functions as a way to aid the hospital and to invite citizen depositors and shareholders. As the company grew, a building became necessary (and desired), which resulted in the eventual construction of the now-historic Rhode Island Hospital Trust Building.
In 2004, the Rhode Island School of Design (RISD) purchased the building and began a renovation project that finished in 2005. Ten floors are used for student housing, dining, and activities while the lower levels are home to the RISD Fleet Library.