Located on the west exterior wall of the Robbins Hunter Museum, the only monument dedicated to the first woman to run for president of the United States in 1872, Victoria California Claflin Woodhull can be found. This monument is located less than 15 miles from her hometown Homer, Ohio and stands as a clock and bell tower with her name on it. A wood carved statue of Woodhull slides out of the clock each hour while campaign music periodically plays. More information about Victoria Woodhull's campaign and other life accomplishments can be found inside of the Robbins Hunter Museum. There are specific hours that can be found below for when the museum is open, but the Victoria Woodhull clock can be seen at all hours, as it is located outside of the building.

Victoria Woodhull spent the 1872 Presidential Election Day in jail for publishing an article claiming that a famous preacher at the time, Henry Ward Beecher, was an "adulterous hypocrite". 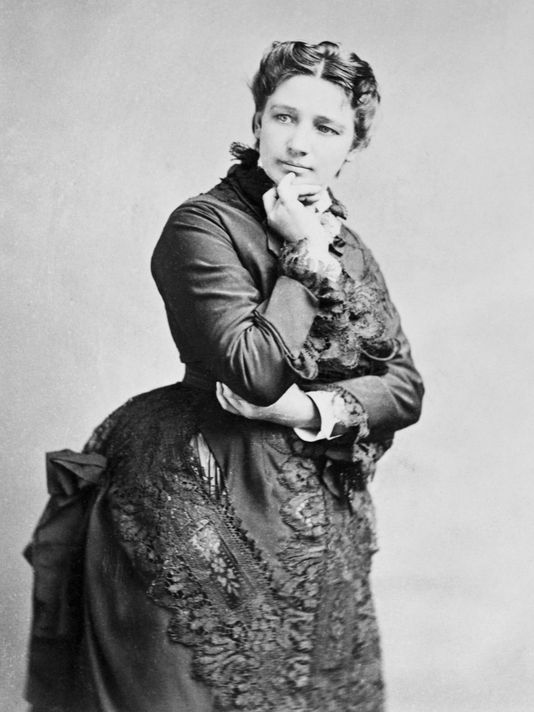 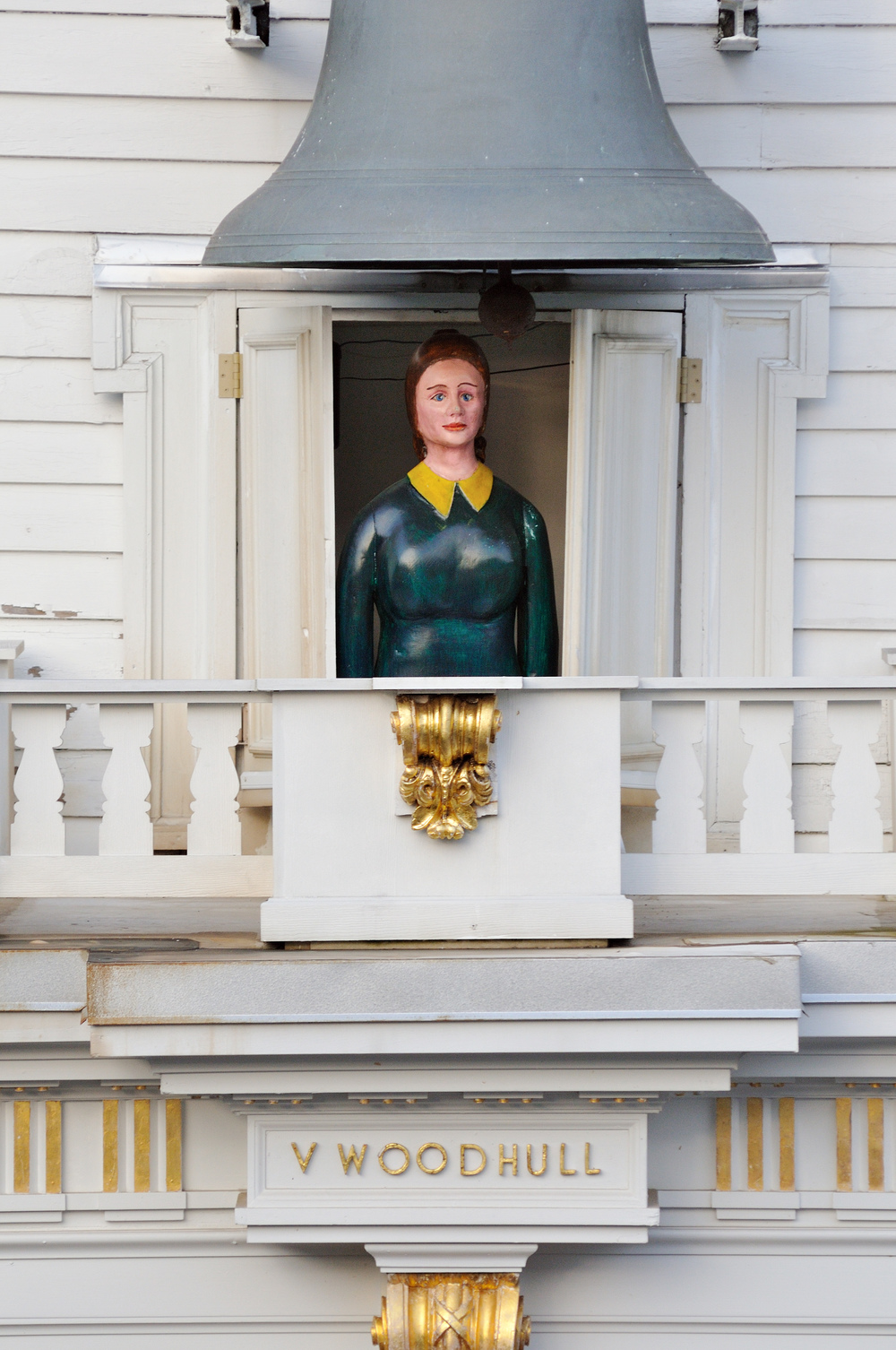 Robbins Hunter Museum: location of the only known monument for Victoria Woodhull 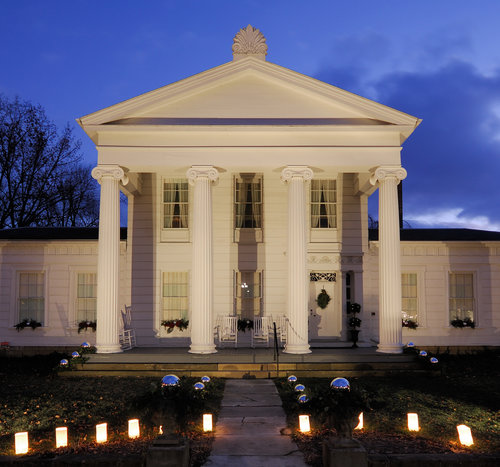 In 1868, Victoria Woodhull and her sister named Tennessee travelled to New York City where they met Cornelius Vanderbilt. Vanderbilt helped the sisters set up a business, allowing them to become the first women-run stock brokerage company. The sisters then created a publication called Woodhull and Claflin’s Weekly where they expressed their thoughts on women’s rights, birth control, and free love. This gave the sisters much publicity as they would express an unpopular opinion on such controversial topics. The journal also published the first English translation of Karl Marx's The Communist Manifesto.

To gain a larger political stance on women’s rights, she created an Equal Rights Party and ran for presidency in 1872. In her campaign platform, Woodhull included regulation of monopolies, nationalization of railroads, an eight-hour workday, direct taxation, abolition of the death penalty and welfare for the poor, along with the issue of women’s rights. Her campaign was quickly ruined due to her reputation of having multiple relationships and other personal details about her private life. Many states did not put her name on the ballot, and the states that did, did not count the votes, so there is no official count of how many US citizens voted for Woodhull. In 1877, Woodhull and her sister moved to England and spent the rest of her life standing up for her beliefs through writing. Victoria Claflin Woodhull Martin died on June 9, 1927, in Bredon's Norton, Worcestershire, England.

The clock dedicated to Victoria Woodhull is located above the side entrance facing the Granville Library of the Robbins-Hunter Museum. By parking in front of the library and taking the sidewalk that leads between the two buildings, the bell and clock cannot be missed. Inside of the Robbins-Hunter Museum, the newspaper articles and her campaign platform is on display. In Woodhull’s hometown in Homer, Ohio, there is also a state issued brass sign honoring her.