This is the former residence of artist Loïs Mailou Jones and contains a small historic marker that shares the story of Jones and her nearly seven-decade career in the arts. Jones was the first African American to graduate from the Boston Museum of Fine Arts School. The home was called the "Little Paris Studio" among many and Jones Was one of ten African American artists honored by President Jimmy Carter in 1980. Her work is held by several museums such as the Hirshhorn Museum in Washington, the National Museum of American Art, and the Metropolitan Museum of Art.

Jones inside her DC home. 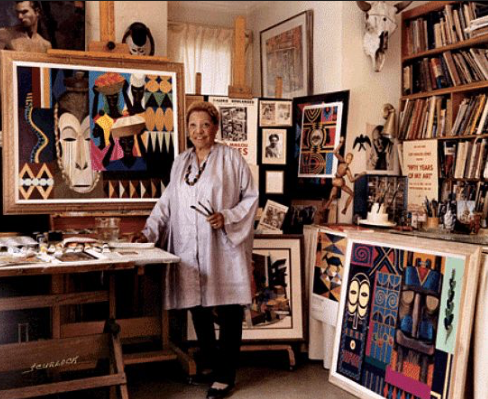 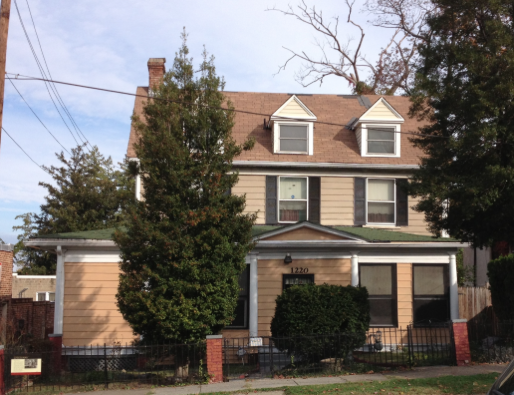 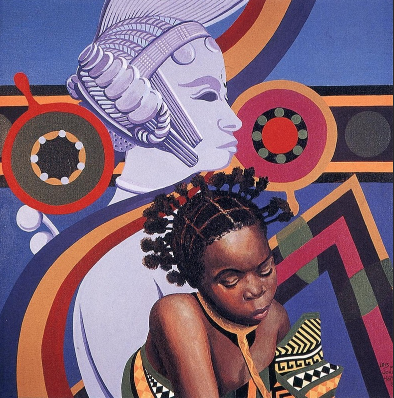 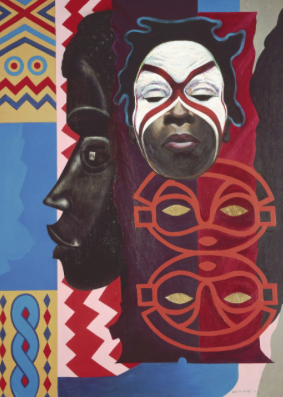 Loïs Mailou Jones was born in Boston, Massachusetts on November 3, 1905. Her mother was a hairstylist and often designed and sold hats. Loïs's father was a superintendent of their apartment building who attended school in the evenings and eventually earned a law degree.

Jones showed aptitude in art at an early age and her parents nurtured this gift and supported her education by providing supplies and instruction. Jones attended Boston’s High School of Practical Arts and at the age of 17 she had her first solo art exhibition. After completing high school Jones entered the School of the Museum of Fine Arts in Boston and later graduated in 1927. She earned her teaching degree and in 1930 she began teaching art at Howard University in Washington, DC.

Jones taught at Howard University while continuing her education through summer programs at other universities. She reached a turning point in her career when she earned an invitation to study in France. This also gave Jones a chance to escape the racial turmoil of the United States. When asked what Paris had to offer and why she would benefit from going to France Jones is quoted as saying, "freedom...  to be shackle free." "That's the thing that released you from all of the pressure and stagnation which we suffered in this country," Jones continued.

Jones continued to teach at Harvard and traveled to Haiti and to several African countries where she collaborated with other artists who inspired her later work. She won many prestigious national awards taught thousands of students. By 1983, Jones had paintings that were featured by 16 museums. In her 80's, Jones opened her own gallery in Martha's Vineyard. She passed away peacefully in her home on Quincy St. on June 9, 1998.  A small marker commemorates her career and her work can be found in museums all around the world.