Harboring fugitive slaves had been a career for Thomas Garrett’s family from the time he was born. When he was young, he had helped a kidnapped slave escape from slave hunters, and from that point forward, he knew what he was meant to do in life. His life was full of many triumphs, but also had errors while trying to help the slave community. He was called Delaware's greatest humanitarian by the people of Delaware because of his accomplishments involving the underground railroad. He helped over 2500 slaves to freedom before his career ended. 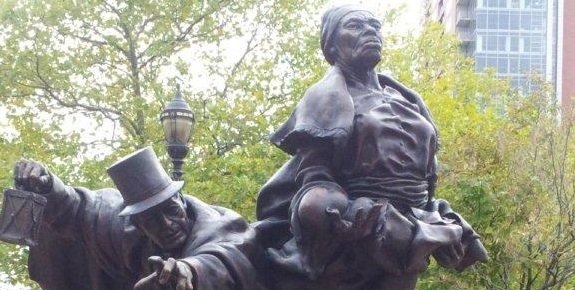 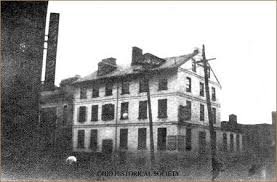 Thomas Garrett was born in Upper Darby, Pennsylvania on August 21, 1789. His family had been hiding fugitive slaves in the farmhouse ever since he was a child. The very first time he had ever helped a slave was when the family servant was kidnapped from her quarters late in the night in the year 1813. Garrett married Mary Sharpless of Chester County, Pennsylvania, and by February 1819 they had 3 children together, two girls and one boy. In 1822, the Garrett family moved to Wilmington, Delaware, the northernmost town of the slave state. This town was only five miles away from the Pennsylvania state border; Chester County was the epicenter of abolitionism. This is important because Pennsylvania was a free state, which means if a slave made it there, they were free. After moving to Wilmington, Garrett went into the iron and hardware business, then opened his home on Shipley street to fugitive slaves trying to get to freedom. Two years after the family moved to Wilmington, their second son Henry was born and then their third daughter was born.

In June of 1818, Garrett had joined the Pennsylvania Society for the Promotion of the Abolition of Slavery. The organization was founded in 1775 but was not recognized until 1784 and went by the name The Relief of Free Negros Unlawfully Held in Bondage. This was the very first abolitionist society to be recognized in America. Anthony Benezet and Thomas Paine were two of the members that play a large role in American history. Anthony Benzet was an educator as well as an abolitionist who helped found the society. Thomas Paine was a political activist during the Revolutionary war, and was against slavery from the beginning. Benjamin Franklin was the first elected President of the society, and he also petitioned the U.S. Congress in 1790 to ban slavery altogether.

Thomas Garrett helped save over 2,700 slaves in his 40-year career as a stationmaster at his home. One of the families that Garrett saved was the Garnet family in 1824. The Garnet family of eleven was given permission to go to a funeral but they escaped from the covered wagon that was carrying them while it was stopped. They first traveled to Garrett's station in Wilmington, and from there to New York City. The Hawkins family was also helped to freedom in December by Thomas Garrett. Samuel Hawkins was a free man, but his wife and six children were enslaved. His family was apprehended at John Hunn's Underground Railroad Station, and then taken to New Castle County Jail. Garrett heard what was happening and took the fugitives before Judge Booth, Chief Justice of Delaware, on the writ of Habeas Corpus. The judge ordered that the fugitives were to be released. Garrett ordered a coach from the Underground Railroad to help get them to Pennsylvania. After these events Garrett and Hunn were both sued for harboring fugitive slaves. John Hunn had two trials, where Thomas Garrett had four. Charles Glanding and his wife, the owners of the Hawkins family, sued Garrett for $5400.