Doubleday Field has been home to baseball games for over a century and the current stadium was constructed in 1939 with the support of the Works Progress Administration. The field named in honor of Abner Doubleday and some people continue to believe that this was the location of the first baseball game in 1839. In reality, baseball evolved from other games with less than formalized sets of rules such as rounders. Variations of baseball were played from New England to the Midwest and Mid-Atlantic from the 1830s to the start of the Civil War. The war helped spread the game as soldiers were introduced to the game and variations of rules. This movement of people and ideas led to the emergence of a more standardized set of rules as men from all over the country played one another while in camp. The war also spread baseball to the South, and there are even sources that reveal games being played during organized truces between opposing armies. This stadium is located near the Baseball Hall of Fame and is home to the Hall of Fame Classic and other events that celebrate the history of America's Pastime.

The Doubleday Field Marker, located on the front of the grandstand, commemorating the construction of the field as a product of the Works Progress Administration and the Village of Cooperstown in 1938 and 1939 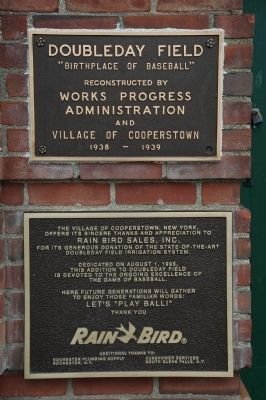 Photo showing the entrance to the grandstand behind home plate. From here, the Works Progress Administration marker can be seen just to the right of the main entrance. 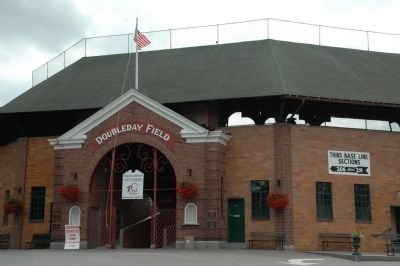 Photo by Alan Lincourt. A crowd packs the outside area and parking lot to Doubleday Field. 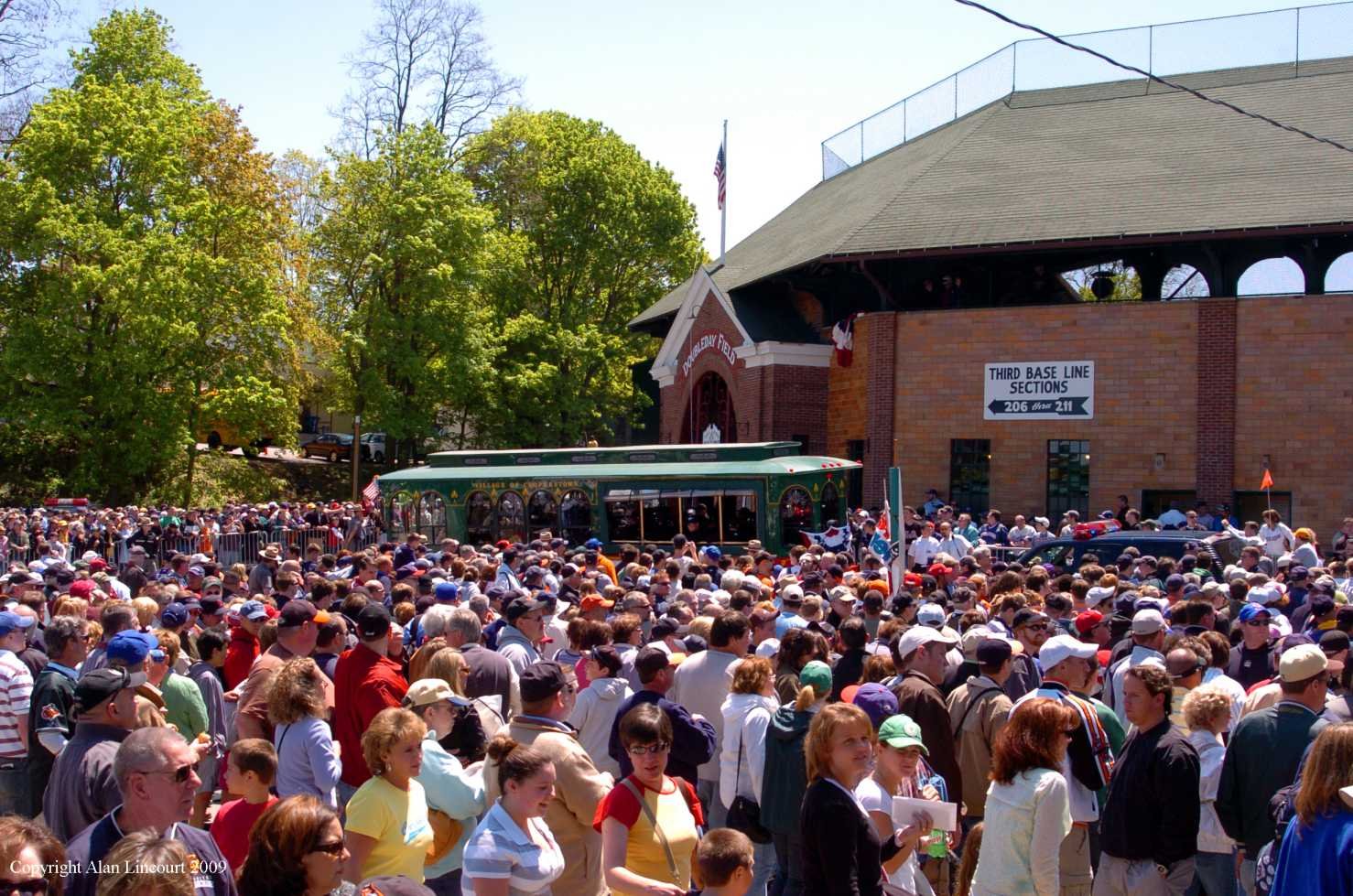 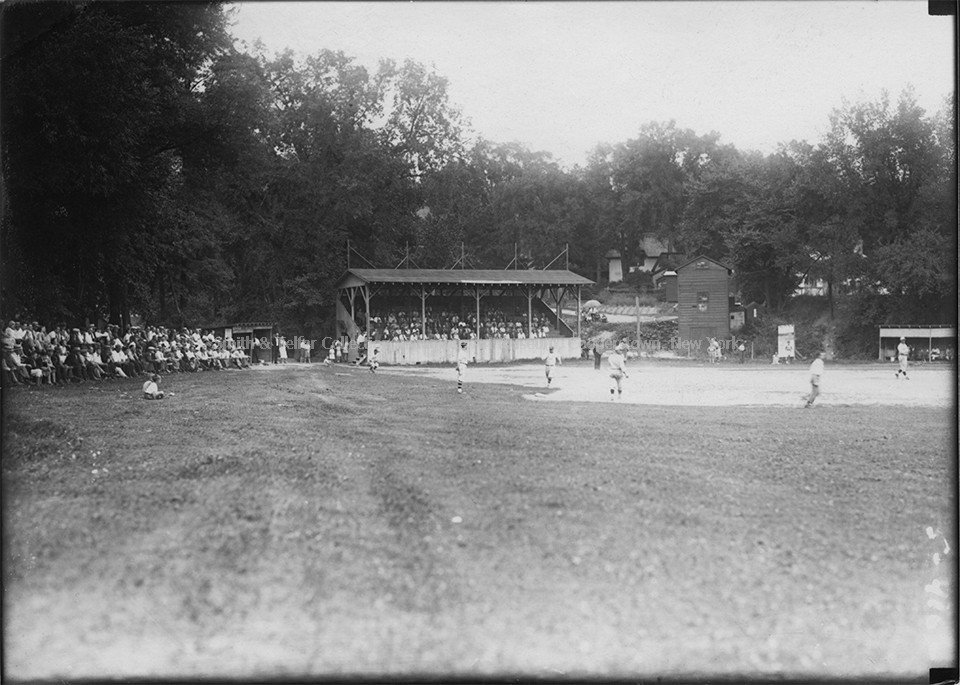 Current grandstand and seating arrangement, which opened in 1939, allowing the field to house nearly 10,000 spectators. 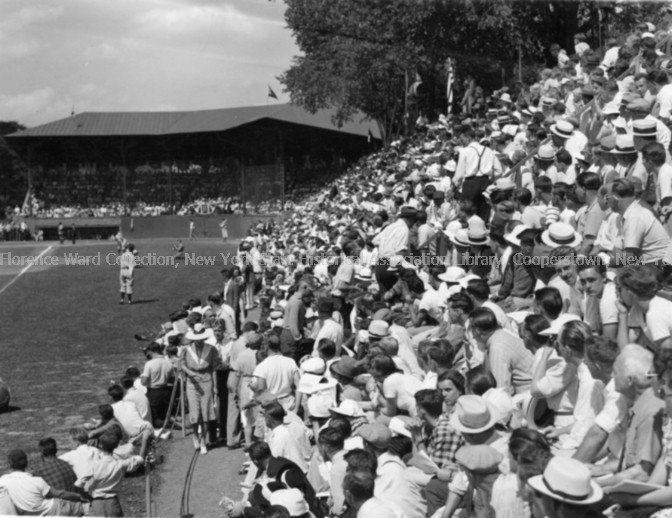 View from behind the left field fence during one of the many games played each year. 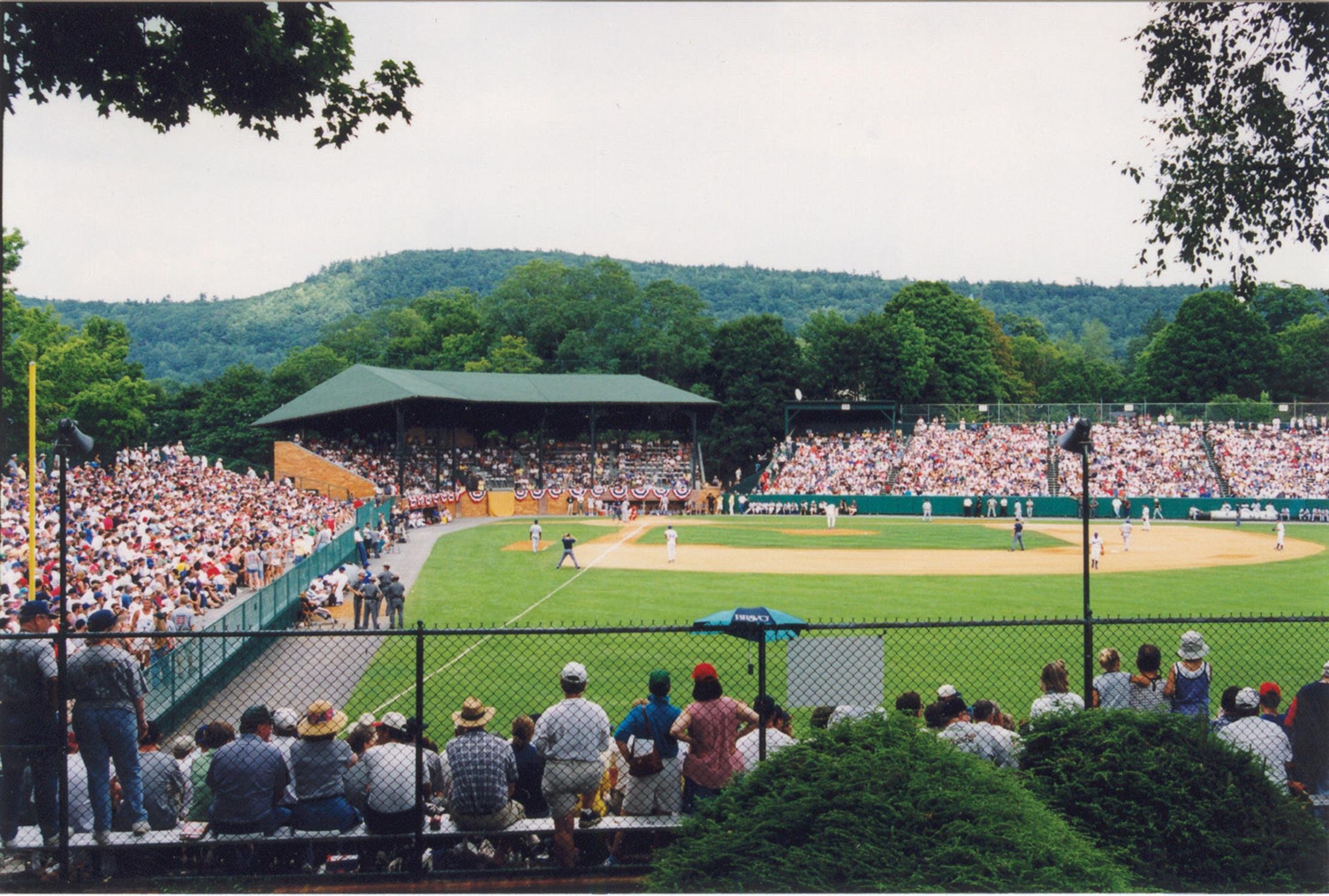 View from behind the bleachers down the left field foul line, also shows the picturesque setting for a good baseball environment. 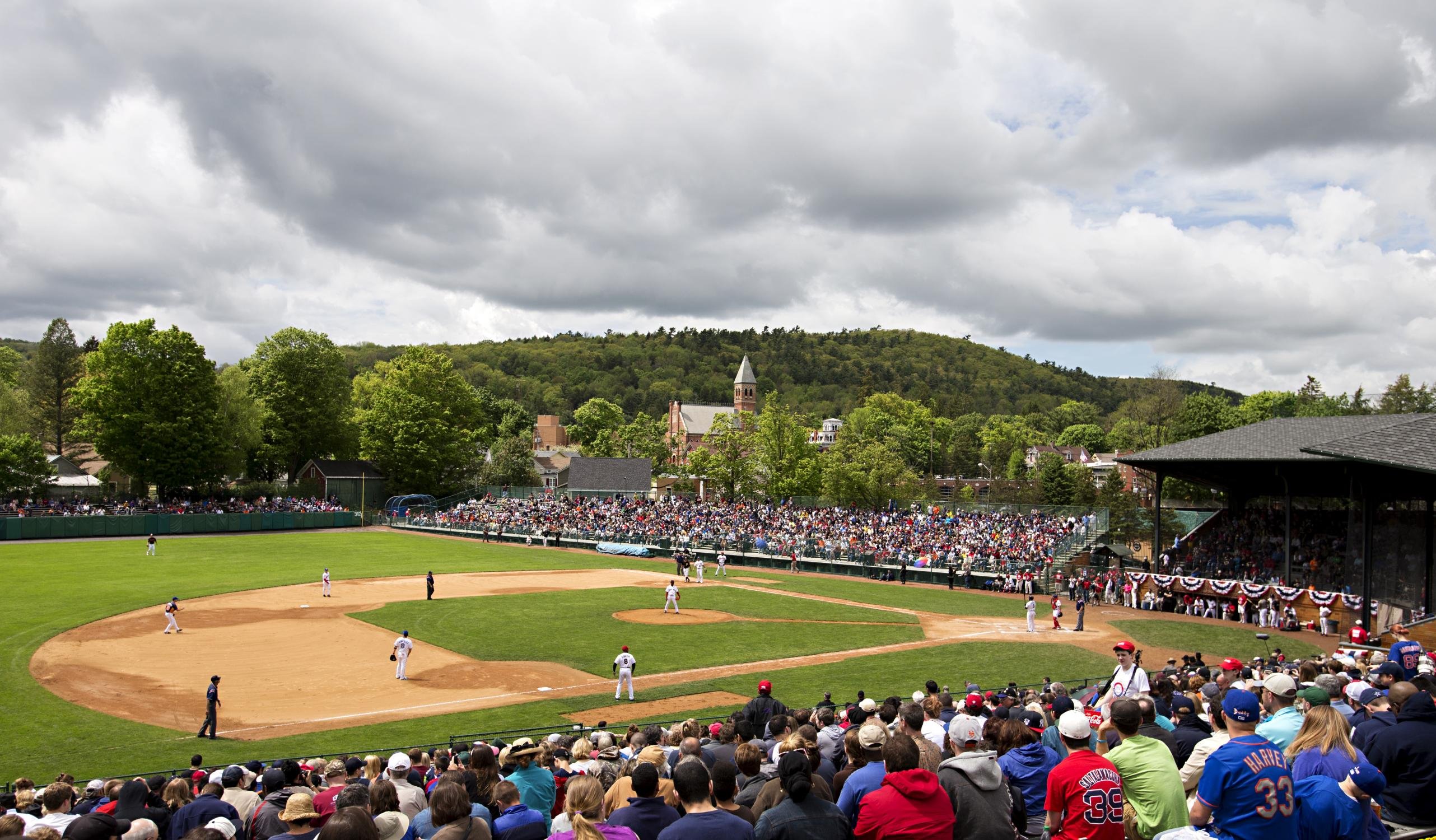 The field is named in honor of Abner Doubleday who was identified by the Mills Commission in 1905 as the leading figure in the creation of baseball while living in Cooperstown in 1839. Historians have demonstrated flaws in the composition and conclusion of the study, but the idea that Cooperstown was the birthplace of baseball remains. What is known is that this field stands at the location of a former cow pasture where local children and citizens would play games that more closely resembled the rules of the modern game of baseball than the various iterations of rounders and other ball games that had long been played in Europe and North America.

In 1919, a baseball field was created here with the support of local volunteers. the first game was played in 1920 and baseball has been played here ever since. After being purchased by the Village of Cooperstown, the field would slowly turn into a stadium. In 1924, a wooden grandstand was built offering seats for 250 spectators, In 1939, the current stadium was constructed with funding from the Works Progress Administration. The first game played here included many baseball legends including Babe Ruth.

Many legends of the game have come to play on this field since 1939, The annual Hall of Fame Game was played by two major league teams from 1940 to 2008. The game continues as the Hall of Fame Classic but does not include players on current major league rosters. The field also hosts concerts and festivals.