This home at the corner of Louisiana Street and North 5th Avenue, formerly Cottage Street and Church Street, was built in 1900 by Charles Reynolds, a lumberman, businessman and dealer in real estate, on the site of a previous house owned by W.L. Dankoehler. It was sold in 1919 to Clyde M. Stephenson, a longtime cashier at the Merchant’s Exchange Bank and later an insurance underwriter. After C. M. Stephenson’s death in 1948, his son, C. M. Jr. and wife ran the business out of the home. Notice the F.J. Stroh house in the background.

As of 2020, the sidewalk stone on this corner has been demolished. 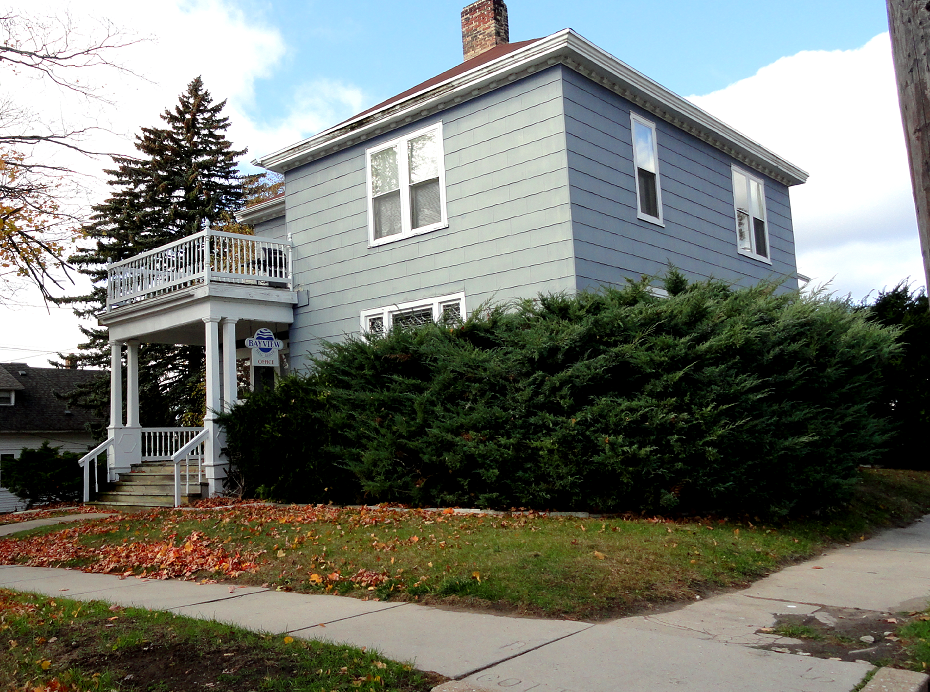