444 Louisiana Street Frank Stroh (1872-1939) had a painting and decorating business at his home on Cottage Street (now Louisiana). Like several other businessmen he had his name incised on the sidewalk in front of his business between the present 4th and 5th Avenues. In addition to the decorating business, Frank was the Fire Chief for 40 years. In the Door County Historical Museum, you can visit the fire station to see photos of Mr. Stroh, three fire trucks and displays of old firefighting photos and equipment. This stone is now gone (2020). 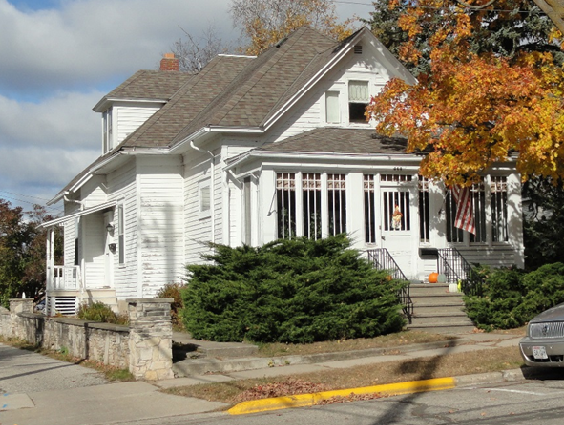