This marker is in the vicinity of where the Confederate Soldiers buried their deceased after the Battle of the Bridge and other actions that were part of the Jones-Imboden Raid. There were 39 deceased soldiers buried here. The soldiers belonged to the 6th, 7th, 11th and 12th Virginia cavalry units. These type of cemeteries are spread out across the region, burying the dead was something that had to be done hastily and with as much honor as could be given during a time of war. Later on after the war there was an effort to make a database for Union cemeteries, but there wasn't anything done for Confederate graves.

Near this marker lies a mass Confederate Grave with 39 deceased from the Battle for the Bridge. 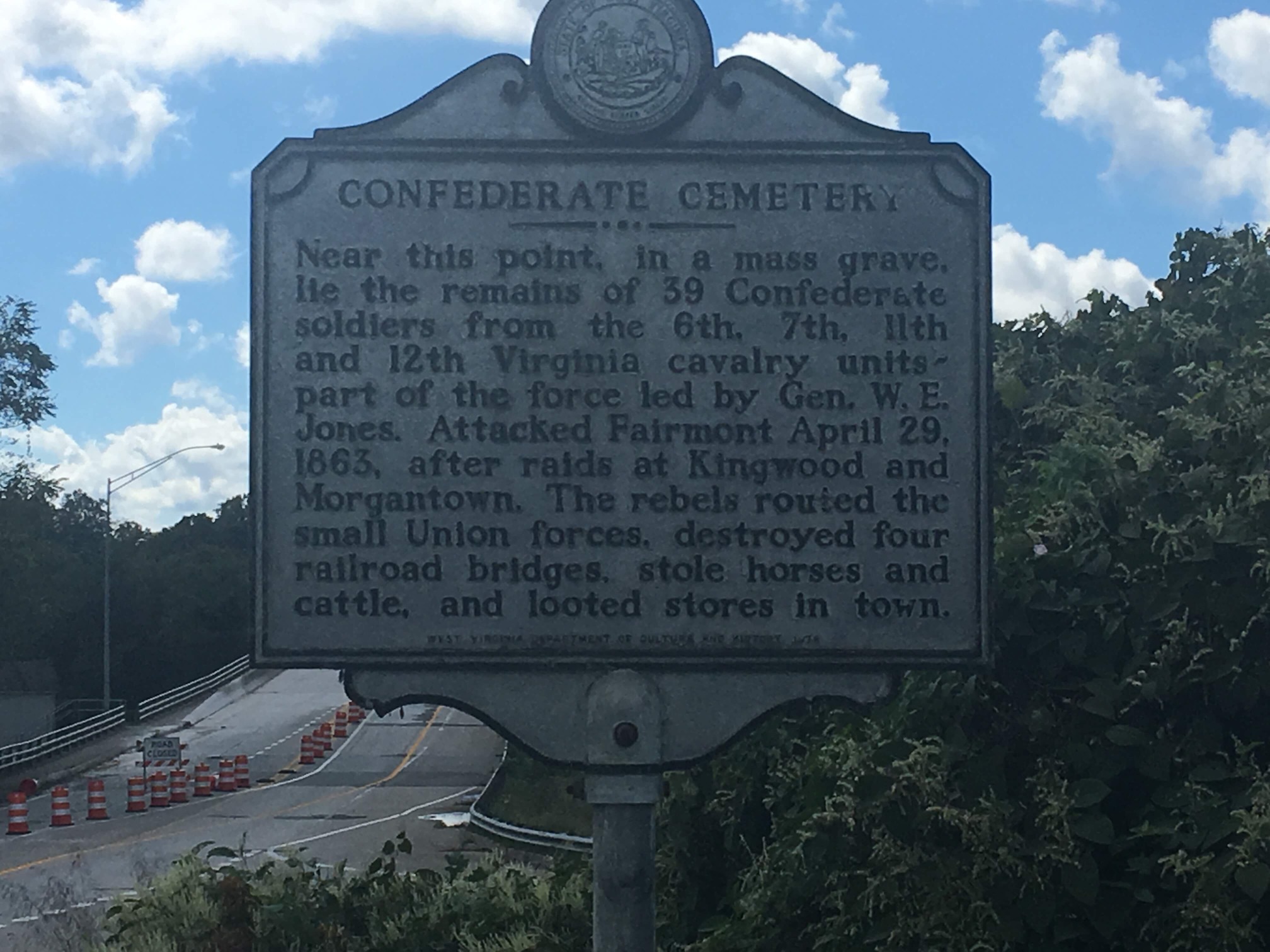 The suspension bridge that was fought for in The Battle for the Bridge, April 29th, 1863. 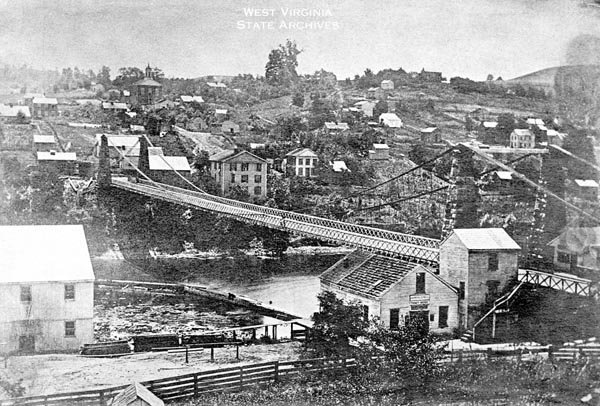 This cemetery was used to bury those Confederate soldiers killed in the Battle of the Bridge in Fairmont, WV on April 29th 1863 between Confederate forces led by William “Grumble” Jones and John D. Imboden and Federal and Union Soldiers.  It was part of the larger Jones-Imboden Raid that stretched through Virginia and what is know known as West Virginia. The raid was against the Baltimore and Ohio Railroad which was being used to supply the Union. The casualties for this battle were lopsided with the number of dead reaching 50-60 for the Confederates while only a few were killed on the Union side.

Burials during the Civil war were an arduous process especially for those that  were in enemy territory. They didn't often have time or space to bury the dead properly and would either cover them with dirt or use group graves. Graves for specific people were rarely used and it wasn't until after the war that more formal burials were done. Even then the government didn't do anything for the Confederate soldiers that had laid down their lives and instead put their emphasis on the Union soldiers.

The first national cemeteries were established in 1862 and by 1870 there were over 73 national cemeteries with over 300,000 soldiers buried in them. Congress passed legislation that allowed the President to purchase property and set up these national cemeteries. They were only for those soldiers who fought on the Union side and originally it was only for those soldiers who died during the war. In 1873 they opened them to all who had served on the Union side, not just those who died during the war. It wasn't until decades later that anything was done by the government for Confederate soldiers.

The grave at this location was one that was dug by those in Gen. Jones force and placed here before they left Fairmont to Buckhannon. They were buried together for simplicity's sake and like most of the graves during that time were done with speed in mind so they could move on to the next target. The federal government didn't organize or honor Confederate soldiers in decades following the war and it was up to local, city or state governments to decide what to do with the bodies after the war. Social groups after the war were the ones to make an effort to set up public graves.