View inside the caverns 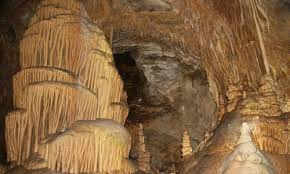 Another view inside the caverns 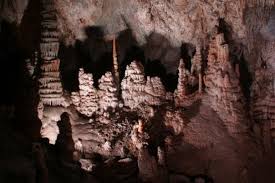 Another view of the caverns 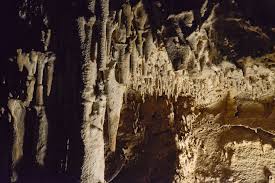 Entrance to the caverns

A view of the state park 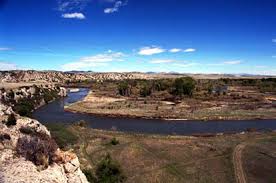 The caverns were first discovered by Tom Williams and Bert Pannell in 1892 when they were hunting one winter day. At first, Williams and Pannell thought it was smoke rising from the hill side, but as they got closer they realized that it was actually steam rising from the caves. The steam was caused by warm air being pushed into the cold air outside. Both Williams and Pannell promised they would return to these caverns and it took Williams until 1898, six years, to come back. He brought friends with him and ropes and candles so they could explore the caves below. They all enjoyed the caves and they thought it would be a good way to make money.

Tom Williams approached Dan Morrison, who was familiar with the undergrounds, and he was known to always find ways to make money. Williams approached Morrison and took him to the caverns and Morrison immediately began to think of ways to make money out of the caverns. Morrison had already filed many claims for property in the hills, and he did not hesitate to claim the land that the caverns were on. After Morrison claimed the caverns, he began to expand the property; he built a trail to the caverns, broadened another entrance, and built steps in order for people to have access to the inside of the caves.

Soon after Morrison was finished with the renovations, news got around about the caverns. After plenty of attention was drawn to the caverns, the Northern Pacific Railroad began to claim the caverns as their property. This dispute soon went to the courts, and the railroad won the property of the caverns but the Railroad Company ended up giving the property to the federal government.

Once the caverns were property of the federal government, President Theodore Roosevelt named the caverns the Lewis and Clark Caverns. The government selected the caverns as the nation’s 12th national monument, and then the government prohibited anyone from entering the caverns. Dan Morrison broke the first lock that was meant to keep the people out of the caverns and led tours through the caverns. He continued this every time the government would install another lock, until he died in 1932. The government debated what to do with the caverns, and Officials of the National Park in Montana thought the park was too magnificent to not display to the public, but they could never figure out how to open the gates. During this time, the state of Montana was searching for a state park but was not able to attain a location.

The government decided to give ownership of the caverns to the State Parks Program, but the government made improvements first. These improvements included: roads, a visitor center, widened pathways, and limestone steps. They also made it possible for the visitors to have a one way tour of the caverns, instead of having them climb tons of stairs like before. When World War II ended, the state of Montana began making and funding improvements to the caverns. They tore down the wooden stairs that Dan Morrison had built, and had a spiral staircase installed. They also had a small railroad built that began at the visitor’s center, and ended at the center of the caverns. There was also a tram that was installed, but both the train and tram were considered to be unsafe and were soon removed. Now, in order to get to the caverns from the visitor’s center, you must follow a trail on foot. There is also an amphitheater, picnic areas, a campground, rental cabins, areas for fishing, a swimming beach, and bike trails at the Lewis and Clark Caverns State Park.