Florida School For The Deaf And Blind (FSDB) 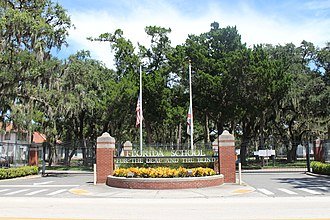 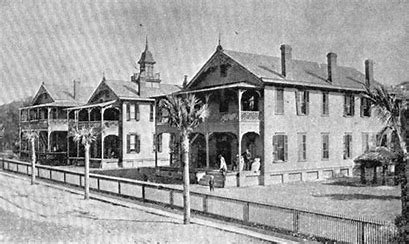 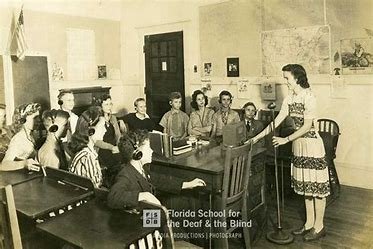 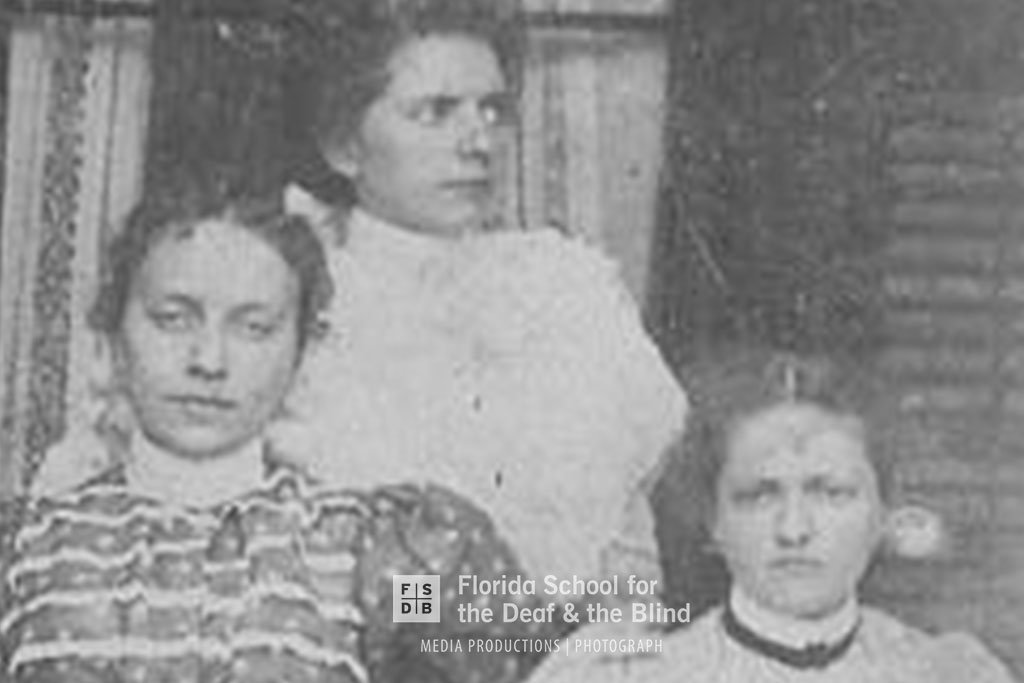 Shoe shop at the School for the Deaf and Blind. Not after 1963. Black & white glass transparency. State Archives of Florida, Florida Memory. Accessed 14 Nov. 2018.<https://www.floridamemory.com/items/show/132381>. 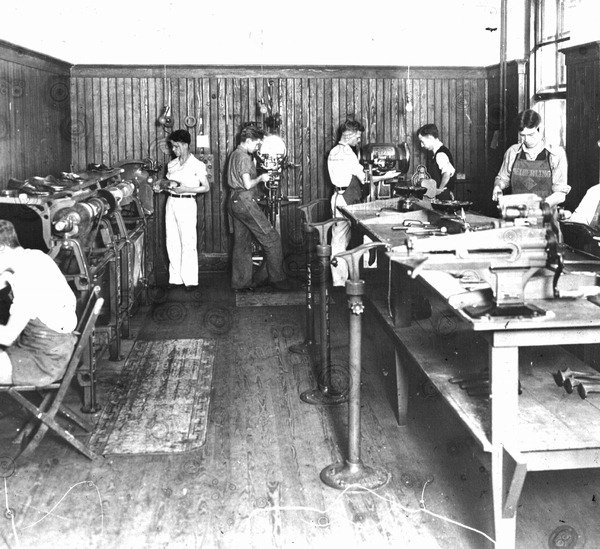 Florida’s School for the Deaf and Blind (FSDB) is located in St. Augustine, Florida and has a president whose name is, Dr. Jeanne Glidden Prickett. FSDB  “[is a school for] children with hearing and visual impairments from pre-school through grade 12 on a state-of-the-art campus encompassing 80 acres of land and 47 buildings” (city walking guide). Seventy-five percent of the students live and learn on campus and go home on the weekends. In 1882 a man whose name is Thomas Hines Coleman graduated from Gallaudet University, which is a college for the Deaf and “was the only one at the time” (history of fsdb), founded Florida School for the Deaf and Blind. “In 1883, Governor Bloxham convinced the state legislature to set aside $10,000 for each of the years 1883 and 1884 to begin the work of the school” (history of fsdb). Together that was $20,000 to build this school. In 1885, the school was finally opened and was called Florida Institute for the Blind, Deaf, and Dumb. The word “dumb” was used for people who were mute or did not speak. FSDB school is 133 years old but unfortunately the wooden building from the 1880s are not still standing. William A. MacDuff built the first three wooden school buildings on the south campus on Genoply Street which cost them $12,750. “The first floor of each building served as classrooms, with dormitories and teacher/staff living quarters on the second floors” (history of fsdb). The oldest structure that is still standing to this day is from 1914.

This school is very significant because at that time “Florida was one of the few states that had not yet made provision for the education of children who were deaf/hard of hearing, or who had visual impairments” (history of fsdb). Now it is one of the top Deaf and Blind schools and the largest in the country. In 1885 there were only 6 students who went to the school “by 1892, the first graduating class had 62 students, and in 1898 the first graduating ceremony took place” (st. augustine record). “The first two graduates were Artemas Pope and Cora Carlton, who later married” (city walking guide). Some famous people when to FSDB as well, Ray Charles, music legend, Marcus Roberts,  Florida State Assistant Professor and jazz artist, and Ashley Fiolek, national motocross champion. Ray Charles went to FSDB in “1937. During his eight years there, Charles received a formal music education, mastered Braille and learned to play piano, organ, clarinet, trumpet and saxophone” (division of cultural affairs).

Now this school has grown a bunch, from 62 students to “over 600 students on campus and nearly 400 infants/toddlers and their families statewide through its Parent Infant Programs” (history of fsdb).

The school campus includes 47 buildings on its property with a cafeteria, health care center, music hall, dormitories, classroom buildings, an administration building, two auditoriums, a recreation center and even a police/security building. The healthcare center is open 24 hours, and is staffed by 17 nurses. The school’s annual budget has increased from $20,000 to more than $30 million….Many siblings attend the school, as well as third- and fourth-generation families. All of the boarding students travel home on weekends either by school bus or school van. There are students from as far away as Pensacola to the west and Key West to the south. Every Sunday, a bus travels from Pensacola east on Interstate 10, stopping in Tallahassee to pick up students and returns them to the school in St. Augustine. (st.augustine record)

FSDB is more than just a school it’s a home for some people.

On May 29, 1993 a museum opened. This museum holds, “ History, Chronology of FSDB Presidents, History of Campus Buildings, School Artifacts (servingware, diplomas, etc.), Time Capsule (to be opened at 2025 homecoming), Class Photos of Graduates, Academic & Vocational Memorabilia, Sports Memorabilia” (museum of fsdb). In 1995 “during the 50th Homecoming Anniversary” over 1,000 people came to visit the museum. FSDB Memorabilia started in the Moore Hall in 1993 then moved in 1999 to “...the first floor of the former household center-dormitory building into a permanent site for FSDB memorabilia” (museum of fsdb). It officially opened spring of 2000.  Volunteers keep the museum running smoothly and is open to the public during certain dates but if you want to go visit it whenever you’d have to make an appointment thru the volunteer museum historian. “On October 27, 2000, Georgette Fleischman, then the oldest living FSDB alumni, cut the ribbon at the dedication ceremony” (museum of fsdb). This school is a very important part of history to the Deaf and Blind community. Without this school it would be very challenging for kids to learn the proper way they need to learn for how they are.