From 1919 and into the 1980s, The Bakery filled the Kanawha Valley with the smell of fresh baked bread. The company worked under the name Purity Maid Bread until it was bought out by Flowers Bakery. The production of bread served as an important aspect to the state's economy until the recession in 1980. Since then, the building has been sold multiple times to different companies. Today it is under renovations to becoming a central hub of fine arts in the Kanawha Valley area.

This is the current street view of the building today. The factory opened its doors in 1919 it was only an 1100 square foot building. Two other factories combined with the original occupied 138,000 square feet. Photo courtesy of loopnet.com 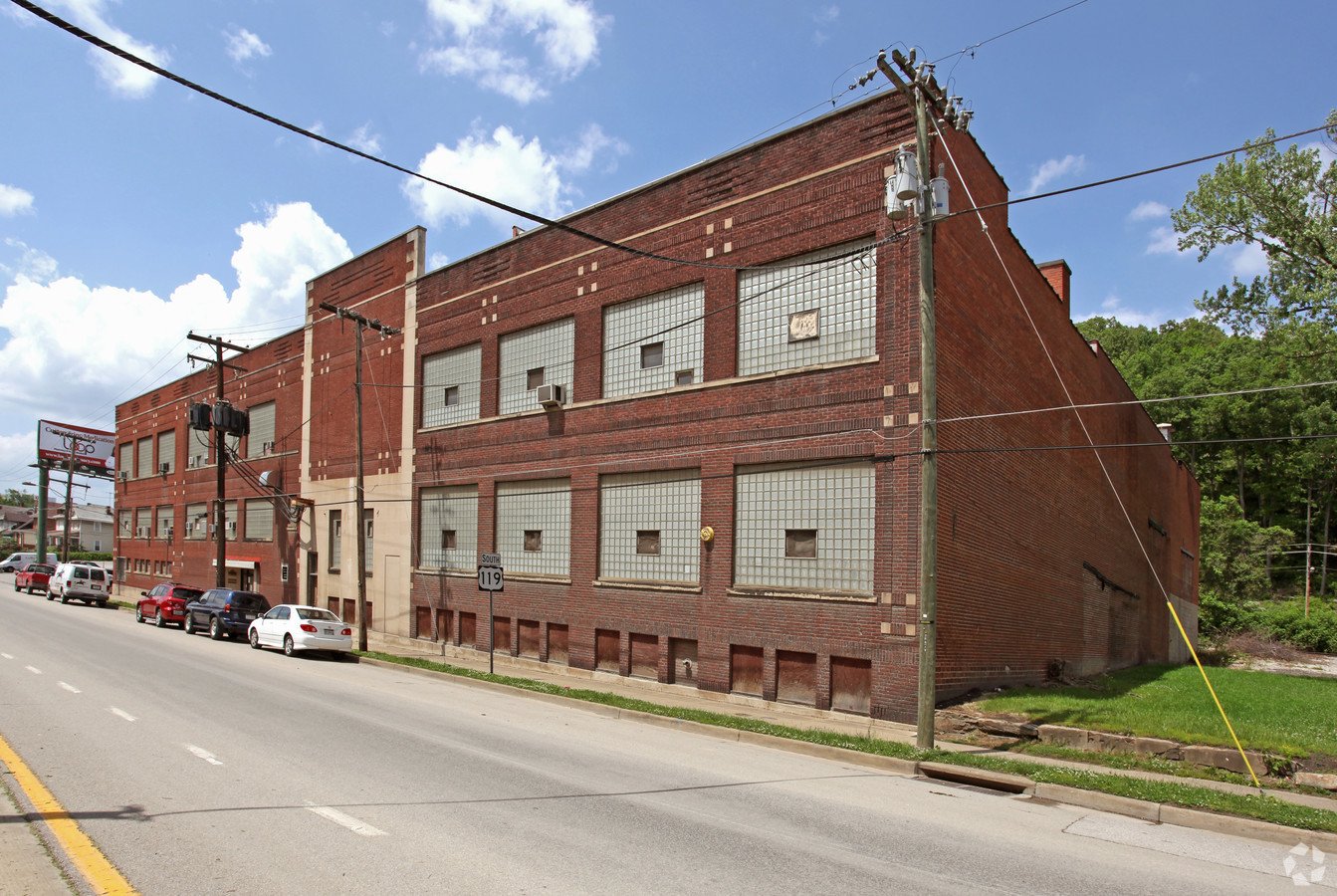 An add from 1940 showcasing the three buildings from mywvhomes.com. The production and need for bread continued to increase throughout the state that two more buildings opened in Beckley and Welch, West Virginia.

Workers in the Charleston factory in the 1940s from mywvhome.com Sixteen people were first hired in 1919. In 1949, the factory employed 350 people. 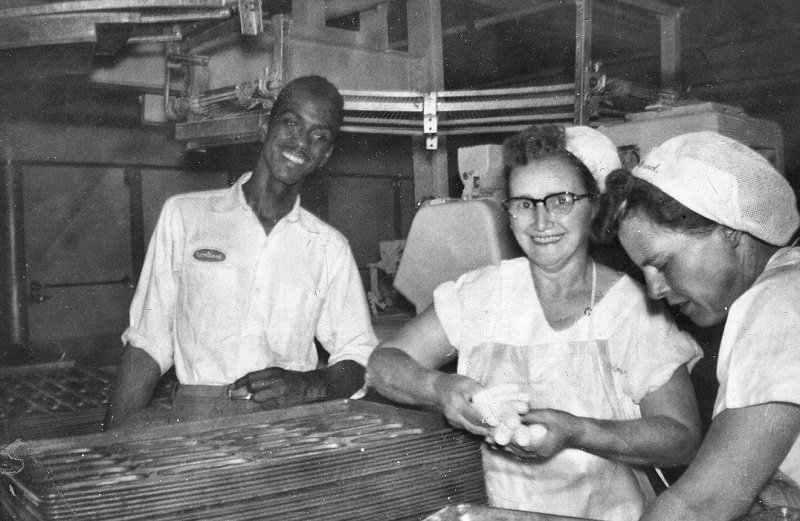 The band Awake At Last preforming in May 2018. The ongoing renovations to the building aim to bring in more music into the areas as well as spread awareness of other fine arts that are missing around the area today. Photo Cred: Author of this page

The smell of fresh baked bread drifted through the west side of Charleston for almost seventy years. W.F. Grady, the founder of Purity Maid Bread, came to Charleston from New York in 1911. He started as an engineer for General Electric and left to work for Conlon Baking Company. In 1914, Grady left his position at Conlon to open Purity Maid Bread. The 11000 square foot building was seen as a mammoth plant during the time. The advancement of equipment made bread production almost triple and the name Purity Maid Bread spread throughout the region. The quick production of bread, cakes, and pies made Purity Maid the most popular brand in the region for baked goods.The success of the factory led to the opening of two more factories: one in Beckley and one in Welch, West Virginia.The company produced roughly 207,600 loaves of bread during the 1940s within a 24 hour period.

Up until the late 1980s, the factories continued to produce bread. The company was bought out by Flowers Bakery in the 1980s and the three factories continued producing products under the name Flowers Bakery. The recession in the 1980s caused the factories to go bankrupt and the three factories were forced to close their doors and laid off all of their employees. The MultipCap Poverty agency bought Charleston building in 1992 and only operated for a few years until the agency closed.

The building has gone under frequent renovations by active members of the fine arts world. Today, The Bakery is being transformed into a central hub for music, theatre, and other fine arts activities. The Bakery currently has one stage for concerts, two recording studios, and fifteen bands that practice in the office spaces.

"If there is one thing an artisan is great at... it is taking NOTHING and turning it into SOMETHING WONDERFUL!"1

The Bakery is a non-profit organization looking to further the fine arts in the Charleston area. The Bakery has a small stage built for smaller concerts that many members of the surrounding communities feel is necessary in order to bring in bands and create a space for music to grow. Along with the stage for concerts, The Bakery plans to have acting and music lessons, wine tastings, and yoga studios. The once popular bread factory is transforming into a fine arts hub that Charleston, West Virginia so desperately needs.

"Our goal will be to create a space where musicians, thespians and artists of ALL kinds can come together and display their talents in an environment run SOLELY by the artists themselves. Along side Ojeda, the collective will be aided and maintained by a Board Members  The Charleston Music & Arts Collective has secured rental space in The Bakery and will begin renovations on a new Multi-Use Event Area."2

Mullins, Cathy. "Purity Maid Bakery." My WV Home. http://www.mywvhome.com/thirties/purity.html.
This website is a great resource on the history of the factory throughout the 30's, 40's, and 50's. It provides pictures and articles from the decades of workers and the development of the factories throughout the state.

Lynch, Bill. "Charleston Musicians Cooking up a Plan to save 'The Bakery'." The Washington Times. August 06, 2017. https://www.washingtontimes.com/news/2017/aug/6/charleston-musicians-cooking-up-a-plan-to-save-the/.