Herrington Manor State Park, located in Oakland, MD, is a 365-acre state park that was established by the Maryland Department of Natural Resources in 1964. Before becoming a state park, a 19th-century mansion stood at the grounds. Built in the 1800s by Abijah Herrington, it passed down ownership several times by wealthy residents of Western Maryland until 1913 when the Maryland Board of Forestry purchased the house and its property for the use of forests. In 1935, the state of Maryland owned the house and the land in order to accommodate members of the Civilian Conservation Corps, who worked on projects there until 1942. The house fell into disrepair, and it was demolished in 1964, leaving behind only remnants of the house. Today, visitors and campers can go hiking, biking, fishing, swimming, kayaking and camping (tent, RV, or cabin camping). In addition, there also winter activities available at the park such as sledding, snowshoeing, and cross country skiing. There are twenty furnished cabins at Herrington Manor State Park that people can rent for $15 per night and are open year-round, which is convenient for people who wish to experience the outdoors overnight in the winter.

The Herrington Manor House, taken in 1940, taken 24 years before it was demolished; the latest photo of the house ever taken; photo courtesy of the Maryland Department of Natural Resources 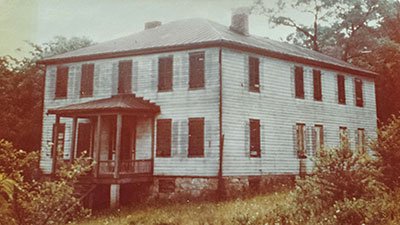 View of Herrington Manor State Park with the Visitor Center and the lake shown, both of which were built by the Civilian Conservation Corps; photo courtesy of Maryland Department of Natural Resources 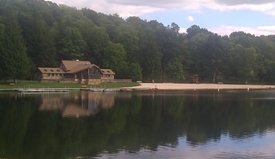 One of the twenty cabins located at Herrington Manor State Park, photo courtesy of Maryland Department of Natural Resources 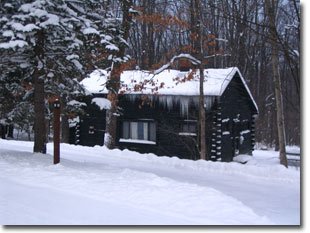 Construction of the dam that would form into a lake at Herrington Manor; taken in 1934 when the Civilian Conservation Corps began conducting projects at Herrington Manor, photo courtesy of Maryland Department of Natural Resources 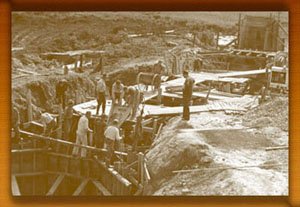 Before becoming a state park, Herrington Manor was a house that stood on the state park grounds. Built in the mid-1800s, the house was an example of Georgian-style architecture in the 19th century. The manor's namesake was Abijah Herrington, a Baltimore land investor who built and invested in the house that is now at Herrington Manor State Park. Additionally, rumor had it that he was a sergeant of the Sandy Creek Rangers during the American Revolution. However, there are no physical documents that show his name being in that regiment, nor were there any local deeds or surveys that feature his name, so the mystery behind Abijah Herrington remains to be solved.

After Herrington's death, the Herrington Manor house changed ownership several times until 1913 when Abraham Lincoln Sines and Edmund George Prince, the wardens of the Maryland Board of Forestry, purchased the house and its property. Four years later, 700 acres of forested land was added and given to the Maryland Forest Reserve by U.S Ambassador to France Henry White and his brother, Julian Leroy White. During that time, Maryland Forester Fred W. Besley opened the Herrington Manor Reserve, ensuring the sustainability of the vast amount of white oak trees, which represent the natural beauty of the Western Maryland region, as well as to allow tourists to visit the land.

By the mid-20th century, the house began to fall apart, and the Maryland Department of Natural Resources demolished it in 1964, leaving behind only remnants of the mansion that can still be seen today. Since its designation as a state park, renovations have been made to the visitor's center, the restrooms, and the campground in order to maintain the park and ensure that visitors and campers have a decent experience. Kayak and canoeing lessons are held at Herrington Manor State Park and rentals are held there as well so that kayakers can experience Mother Nature on the lake. The impact that the park's history has, such as efforts of the Civilian Conservation Corps and the house's transition of ownership, influences the park that exists today.