Robert “Bob” Stamm Butcher: West Virginia man, war hero, farm owner, husband, father, hard worker. Born and raised in St Marys, West Virginia, Bob did what most rural men at this time did not do: travel the world. With his service in the military during WWII, Bob was able to experience what it was like to sacrifice leaving his family at home and return to them with a newfound respect for the world. The Robert Stamm Butcher Farm House still stands today with the original equipment and architecture still intact. Across the road from the farm, Bob watches over the land he once shed blood, sweat, and tears on from the first row in the graveyard where he was laid to rest in 2001.

Robert and Faye Butcher’s Gravesite. Robert’s mother is buried to the left of them. This graveyard is directly across the street from the farm. Photo by author. 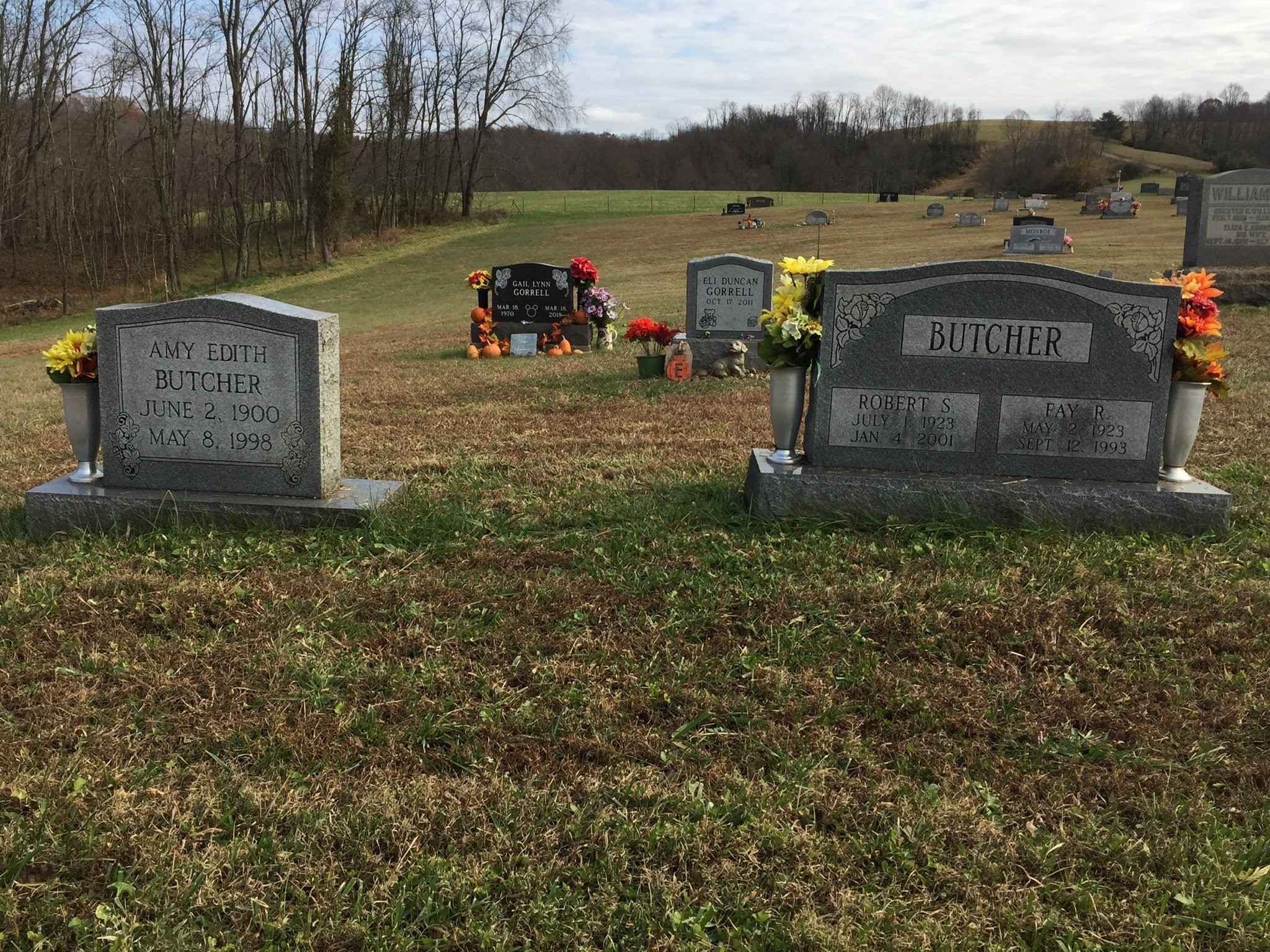 House that Robert lived in with his wife and four children. Photo by author. 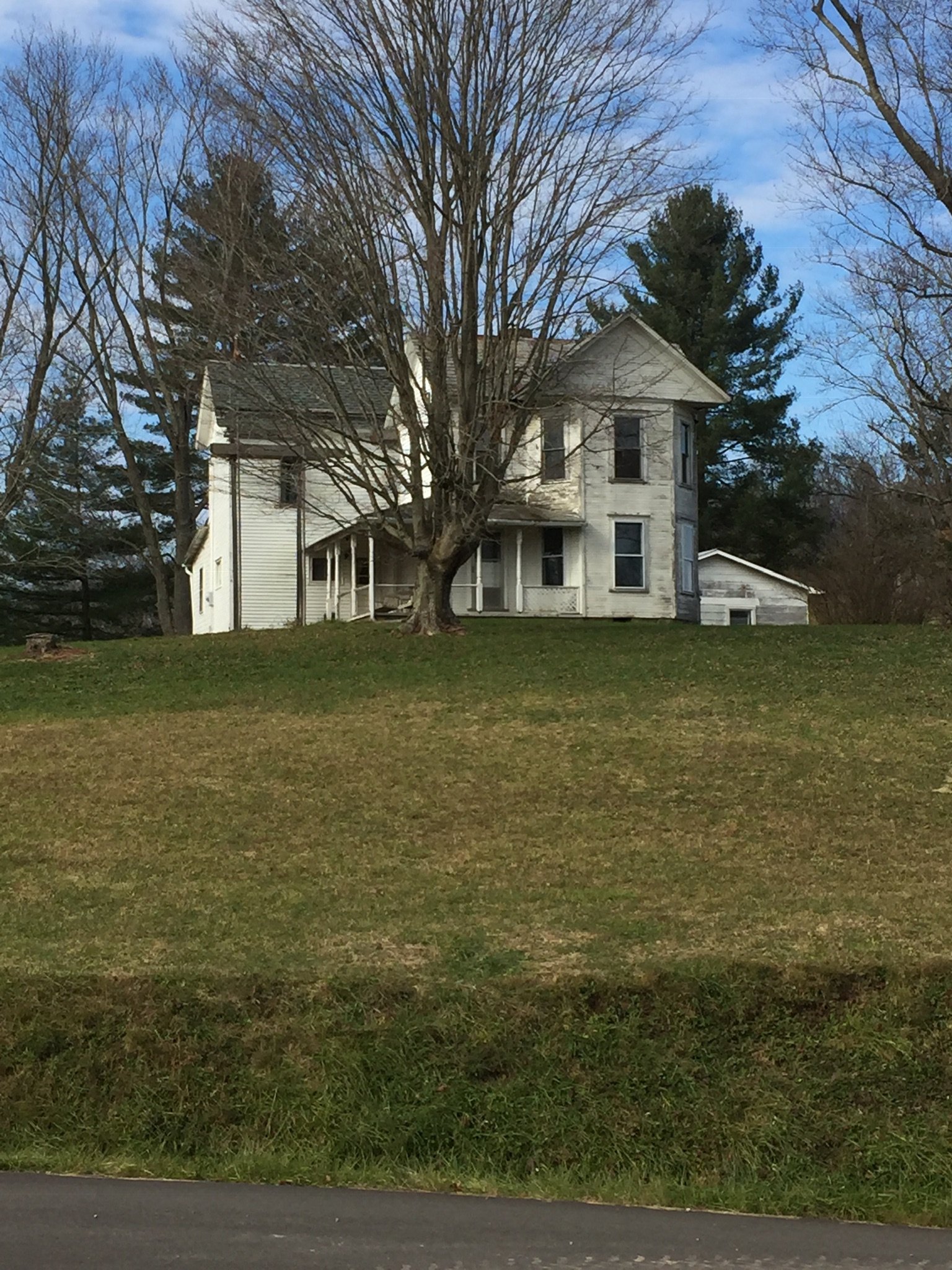 The Barn that Robert built. Photo was taken in November 2018. This barn used to contain cows, hay, and feed. Photo by author. 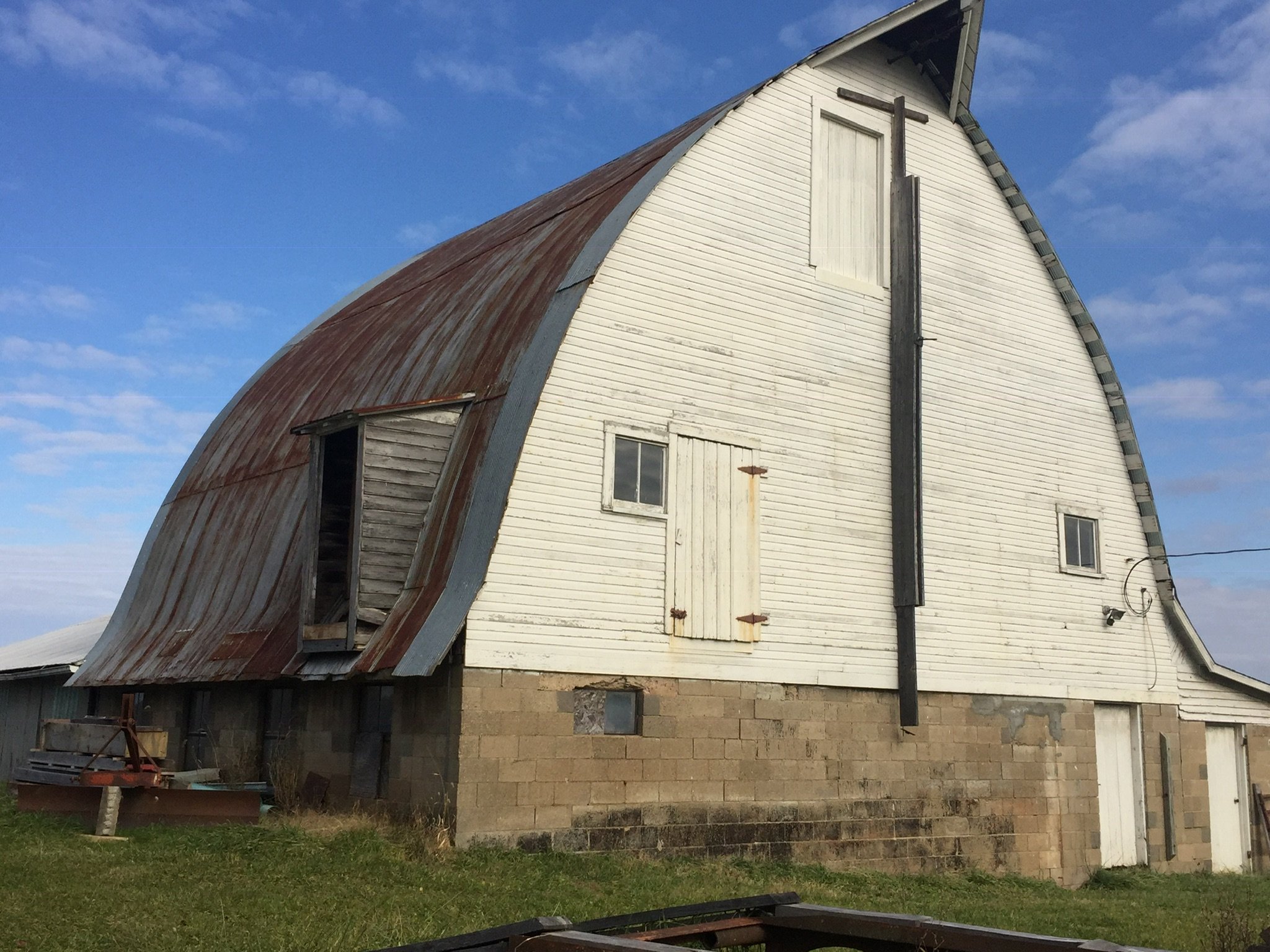 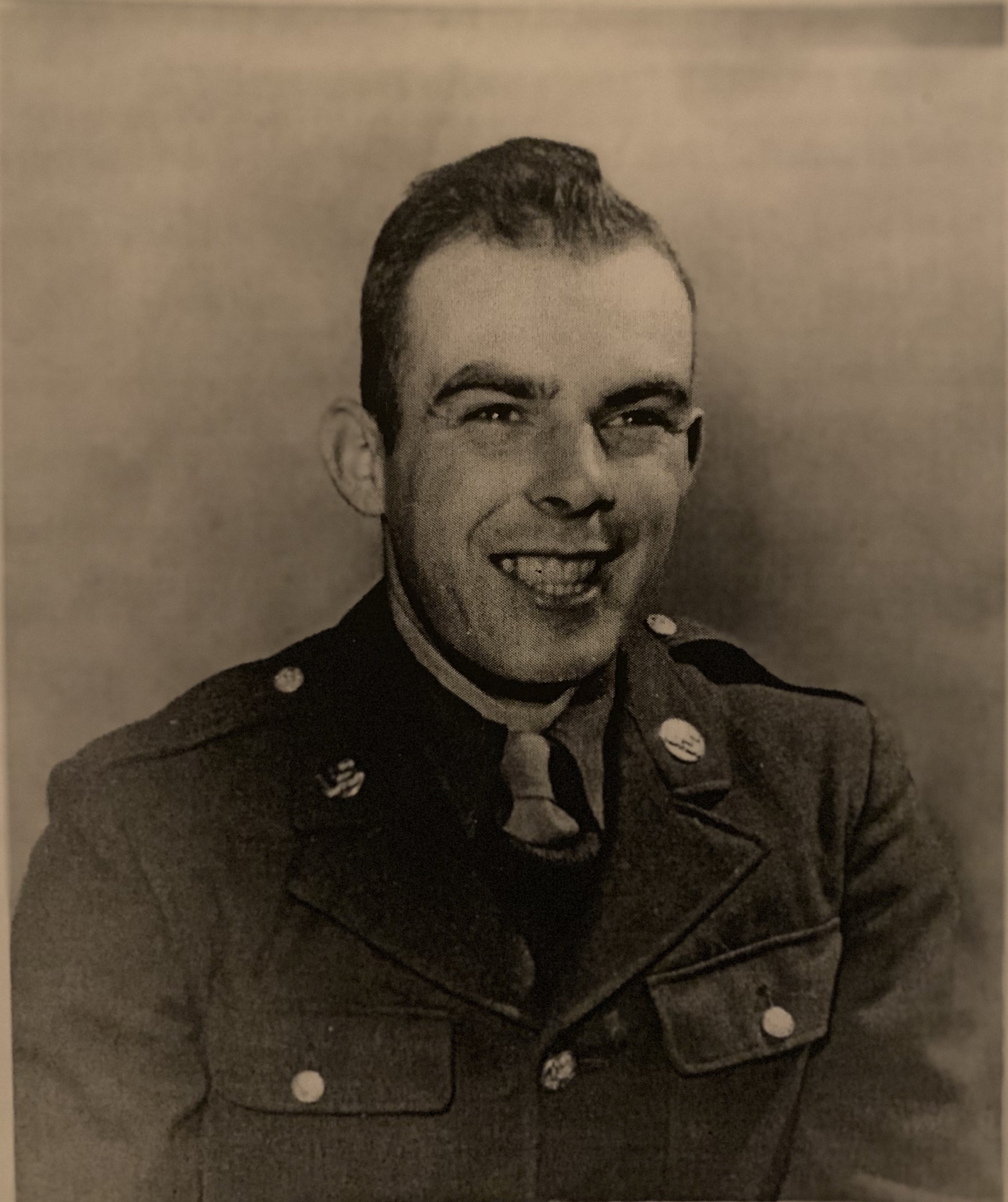 Robert Stamm Butcher, “Bob”, was born July 1, 1923 in Pleasants, West Virginia. Bob grew up in the small town of St Marys, West Virginia. St Marys is located along the Ohio River in the Mid-Ohio Valley and is one of two incorporated cities in Pleasants County. After graduating from St Marys High School, Bob married Fay Rozelle Bradfield in St Marys on August 16, 1942. The Butchers and the Bradfields had lived in St Marys for quite awhile. Today, many of the streets on Route 2 are named after their families and members of their families. The following May of 1943, Bob received his draft notice for World War II. Before Bob was drafted he worked as an annealer for Crucible Steel Corporation in Midland, Pennsylvania and worked in his fathers automobile repair garage part time between 1935-1943.

On June 4th, 1943 Bob and 43 other men boarded train #9 in Clarksburg, West Virginia for basic training at Camp Sutton, North Carolina. Bob went through 13 weeks of boot camp and immediately started advanced training before traveling and preparing to go overseas. A month before Bob left the country, his first son, Robert Vincent Butcher, was born. On December 17, 1943 a notice was mailed home to his wife Faye, indicating a change of address. The next day his battalion was on its way, by train, to Camp Kilmer in New Jersey. The battalion left Camp Kilmer on January 7, 1944 to a dock where they boarded The Mauretania. The Mauretania left on January 9 and arrived in The Mouth of Mersey in Liverpool eight days later.

When Bob was asked what he did in the military his response was “I drove a Jeep.” Bob served in England until August 1944 when their battalion moved to France. Bob served during The Battle of the Bulge, transferred units, and was involved in other classified assignments before separating from the Army on New Years Eve 1945. Bob was discharged as a Tech/5 with the Good Conduct Medal and European African Middle Eastern Service Ribbon. Bob was also credited with being part of the Rhineland Campaign.

Since 1860, agriculture has remained important to the economy in St Marys and has remained of the main sources of income. When Bob returned from his service in the war, he bought a piece of farmland in Arvilla in 1948, an unincorporated area in Pleasants County. The land was a little over 108 acres. Bob and Fay worked on the farm and had three more children. Bob’s farm was mostly a cattle farm for Angus beef.

On January 4, 2001 Bob passed away from natural causes. His youngest son, Timothy, remained on the farm and continued the work until he could no longer keep up with it. The property was sold to another family from Connecticut. Today, the house still stands and the barn is still in great condition. The original square bailer, tiller, tractors, tools to work on the machines, and feeding troughs still remain on the farm. The farm does not have cows anymore. The family who now owns the house and farm uses it as a vacation home. It was vacant when the photos were taken in November 2018.