Roslindale is a residential neighborhood in the city of Boston that currently borders Jamaica Plain, Hyde Park, West Roxbury, and Mattapan. It is accessible through the Massachusetts Bay Transportation Authority (MBTA) on the commuter rail, orange line, and various bus routes. Before the 1870s, Roslindale was a rural outlier until 1887 when a bridge collapsed under a commuter rail, killing 24 people and maiming over 100. The tragic “Bussey Bridge” accident near South St made national news and people walked all the way from Boston to see the wreckage. Some estimates at the time claim that more than “50, 000 people descended onto Roslindale just to see the spectacle" (Sidhu). Once they arrived, they saw how beautiful the area was and began moving there. In the few decades following the accident, Roslindale began to transform into the urban suburbia that it is today.

Previously known as the business section of South St, this area is now thought of as Roslindale Village. The street car in the center connected Forest Hills Station with West Roxbury. Today, the Roslindale Village Commuter Rail is in the distance. 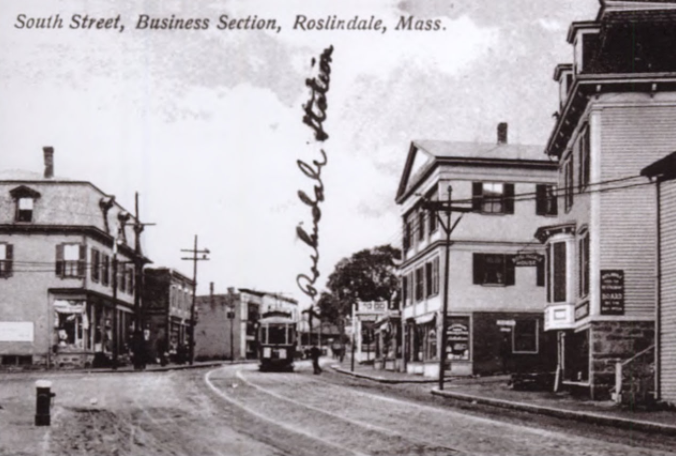 In 1712, The Second Church of Roxbury was established and built on Peter's Hill. It is now on the corner of Centre and Church Streets near the West Roxbury Parkway. Theodore Parker delivered sermons at this Church which attracted a large audience. 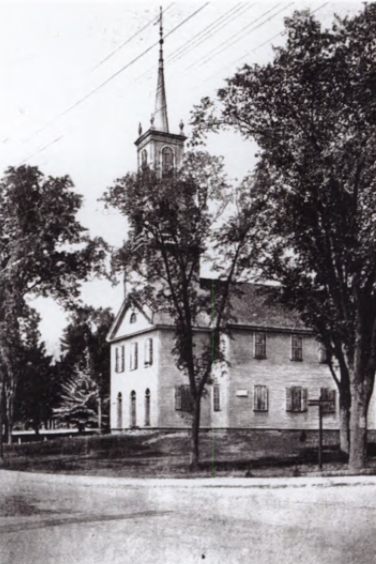 This is Roslindale's Sacred Heart Church on Cummins Highway (previously known as Ashland St.) The Church was built in 1893 and still stands today as one of the major churches in the Roslindale community. 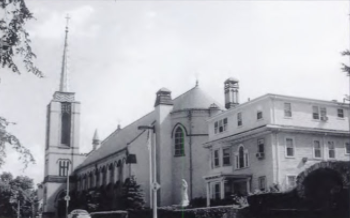 A modern day photo of the center of Roslindale Village which today houses numerous local businesses. Though it was once a major shopping district in Boston, it has now dwindled to a small scale area for shops and restaurants. 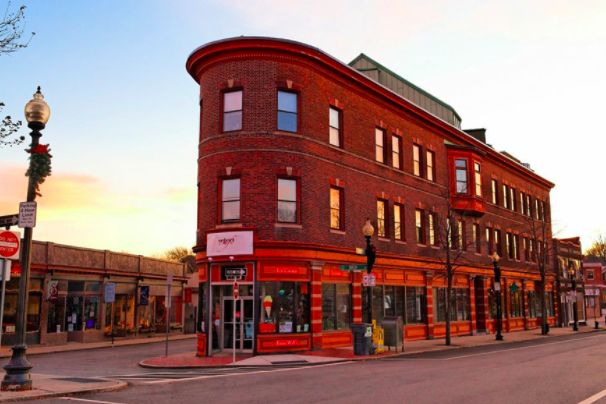 In the early 18th century Roslindale began to distinguish itself from Roxbury, which at the time included Roslindale, Jamaica Plain, and West Roxbury. The approximate 45 families living in the area were tired of their weekly 6 mile commute over tough roads to the First Church in Jamaica Plain. Residents appealed to the church to build their own parish, but when they did not receive a response they built one anyway.1 The townspeople formed the Second Church of Roxbury, which later became Theodore Parker Church and is now known as Holy Name Parish.4

Before the late 1800s, the rural area between northern Roxbury and West Roxbury was known as “South Street Crossing.” In 1870, the residents of this area asked the U.S Post Office for a local post office. The U.S Post office agreed but rejected “South Street Crossing” as a name for the new district. John Pierce, a prominent English resident at the time, suggested the name "Roslindale" since the terrain reminded him of Roslyn, a small town outside of Edinburgh, Scotland.3

Once referred to as the "Suburb Superb", the streetcars and railroad which ran through the area aided in Roslindale's rapid development.4 Between 1870 and 1920, a building boom converted Roslindale’s open spaces into the middle class suburb we see today. Families chasing the American Dream built single and multi-family residences while still maintaining open green spaces such as the Arnold Arboretum and George Wright Golf Course. Currently, the multiple family homes and green spaces are still notable features of the Roslindale neighborhood. At one point, there even existed a billboard on Washington Street near the Forest Hills train station, which read, “Welcome to Roslindale—Gateway to Suburbia."2

In the heart of Roslindale lies Roslindale Village, a once a major shopping district in Boston, which has since died down to small shops and restaurants. Adams Park, the green space in the middle of Roslindale Village is named after Irving W. Adams, the first man from MA to die in WWI.2 Cummins highway, a major street through Roslindale was named after Reverend John F. Cummins, who was the first pastor of the town’s Sacred Heart Church.2 Today, Roslindale is a beaming and diverse residential neighborhood with various schools, religious institutions, and local businesses.