As part of a larger urban plan intended to transform Hartford's East Side neighborhood, city leaders approved a massive demolition of existing housing and businesses and the construction of Constitution Plaza. Hotel America, a modern twelve-story hotel completed in 1964, was one of the most recognizable buildings in the new plaza. The property changed owners and names several times over the years and is now the Spectra Boutique Apartments. The building was added to the National Register of Historic Places in 2012 owing to its architectural design and role in the urban redevelopment of this part of the city.

The Hotel America in the 1960s 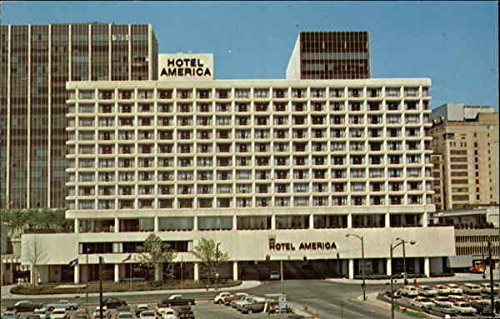 A more recent view of the building 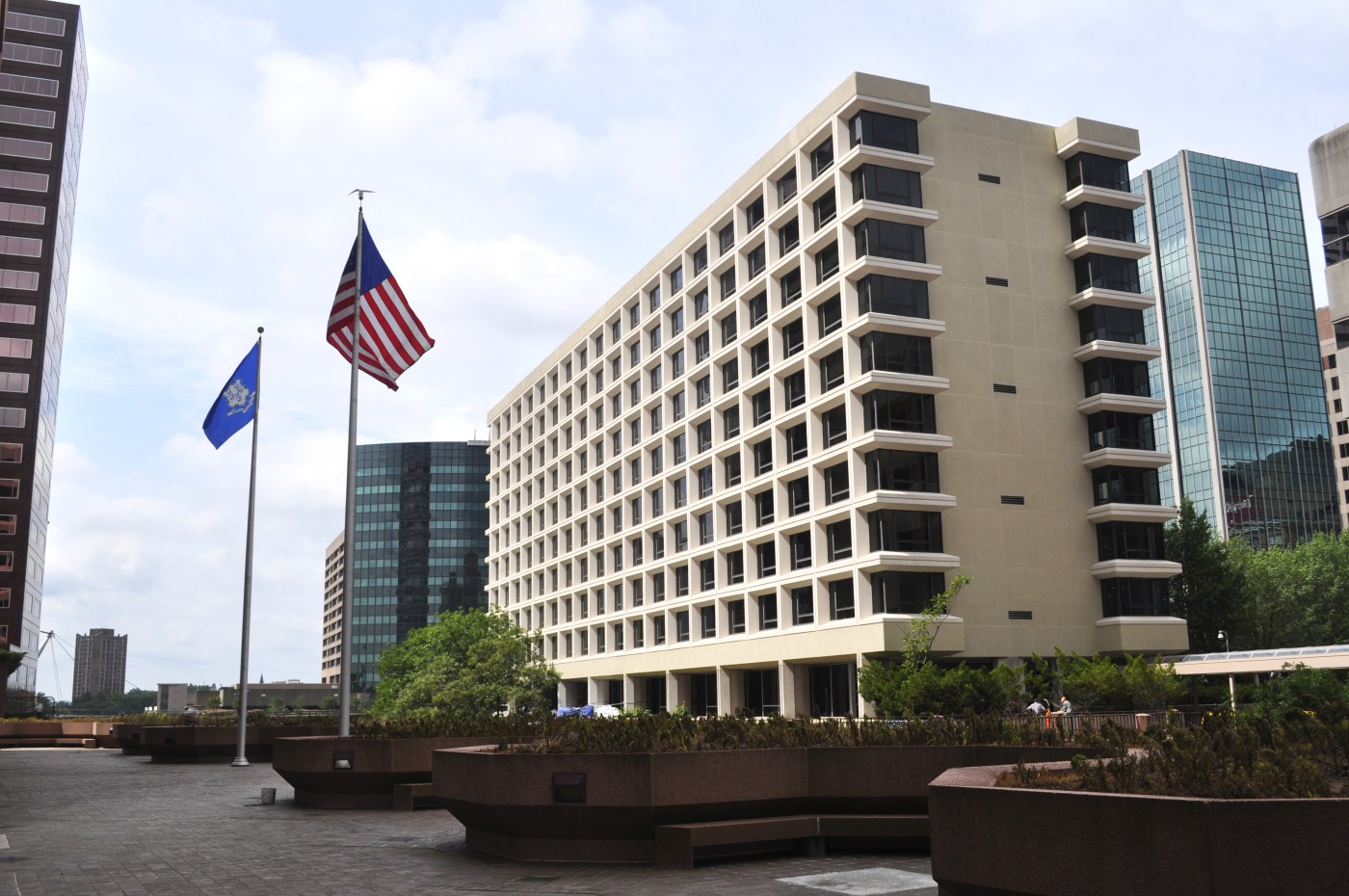 In the mid-twentieth century, many mid-size and large American cities became enamored with the idea of “urban renewal”—which often involved removing neighborhoods that were deemed slums and replacing them with office buildings, hotels, and parking garages. What was frequently lost in the rush to raze such neighborhoods was that many of them were historic neighborhoods with diverse populations. Those histories were lost as hotels and office buildings were constructed in their places.

In Hartford, the city’s first major urban renewal project much of the eastern downtown area was razed in what was hailed as a grand redevelopment of a blighted part of the city. Flooding in the 1930s seriously damaged that part of the city, leaving a slum in the minds of many in Hartford. The neighborhood—rechristened Constitution Plaza—became home to a mixed-use complex of office towers and parking spaces, and hosted numerous public events during the year, including the Festival of Lights.

A central part of Constitution Plaza was the Hotel America, which was completed in 1964. A twelve-story building, the Hotel America was designed in a decidedly modern fashion, its exterior styled with pre-cast concrete panels bolted to concrete slabs. It was a style that didn’t appeal to everyone and garnered the property its share of criticisms. At the time, the hotel was also considered very technologically advanced, with a thermostat control in each room, a novelty when the hotel was built.

Over the years, the Hotel America changed owners—as well as names—several times. In the 1970s and 1980s, it was known as the Hotel Sonesta and the Summit Hotel. In the 1990s, it became known as the Clarion before closing and sitting empty for a number of years. It was purchased in 2011 and transformed into luxury apartments. Owners kept the building’s exterior largely as it was when it was built.

In 2012, the building was added to the National Register of Historic Places although it was forty-eight years old, two years short of the NRHP’s fifty-year requirement. It was nominated because of its architectural significance and its role as a pioneer of Hartford’s urban renewal of the 1960s.