At this location, Albert Patterson was gunned down on June 18, 1954, while being the Attorney General elect of the State of Alabama. He was determined to rid Phenix City of corruption: gambling, prostitution, drugs, booze, and murder. The Phenix City mob prevented him from taking office by killing him. The next year Hollywood came to Phenix City to tell his story. Patterson's son, John, was the protagonist of the movie (The Phenix City Story). As a result, John not only was chosen Attorney General, in 1958 John Patterson was elected Governor of Alabama. 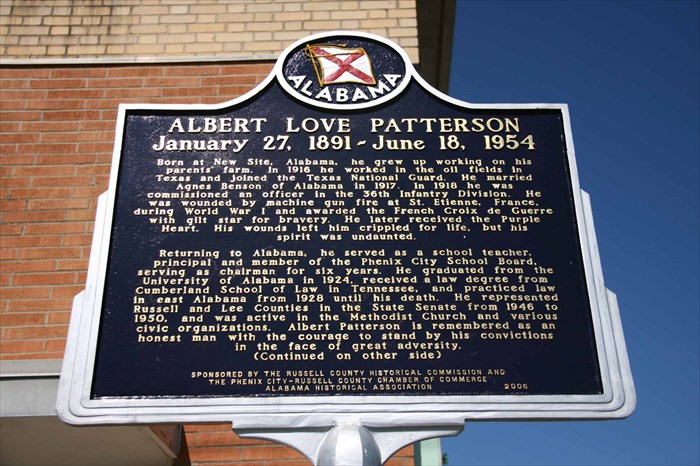 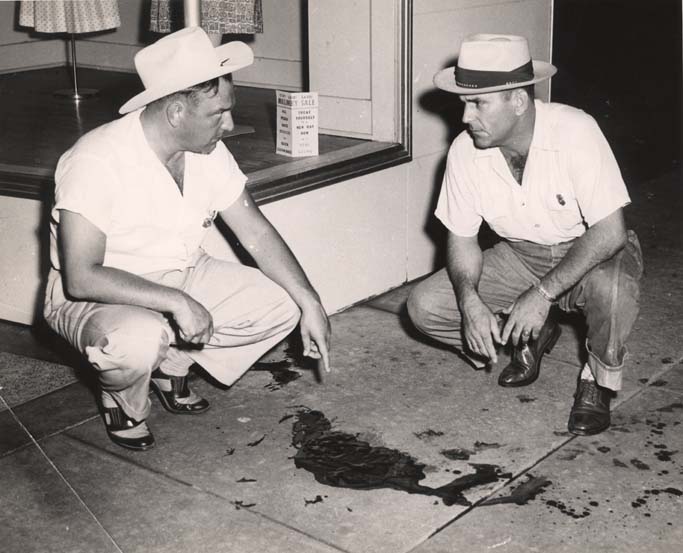 Patterson's son, Governor John Patterson, was still living as of 2018.