Dating back to its inception in 1831, Mount Auburn Cemetery is known as the oldest rural cemetery in the United States. Located in Cambridge and Watertown at 580 Mount Auburn Street on 72 sprawling acres, it is a popular destination not only to mourn loved ones, but to explore and absorb the city’s beauty. One of the most famous features of the cemetery—that attracts tourists and Cambridge residents alike—is its 125-foot hill with picturesque views of Cambridge and Boston. Designed by Henry A.S. Dearborn, a member of the Massachusetts Horticultural Association, the cemetery contains intricate plant life. With gravestones of well-known Bostonians, dozens of plant forms, acres of winding paths, and vast views of city, Mount Auburn Cemetery is a destination to learn about Boston’s history, or for a simple afternoon walk during any season [3].

Photo of the plant life and paths in the cemetery at springtime. Photo courtesy from google advanced search https://www.flickr.com/photos/mountauburncemetery/4616402464 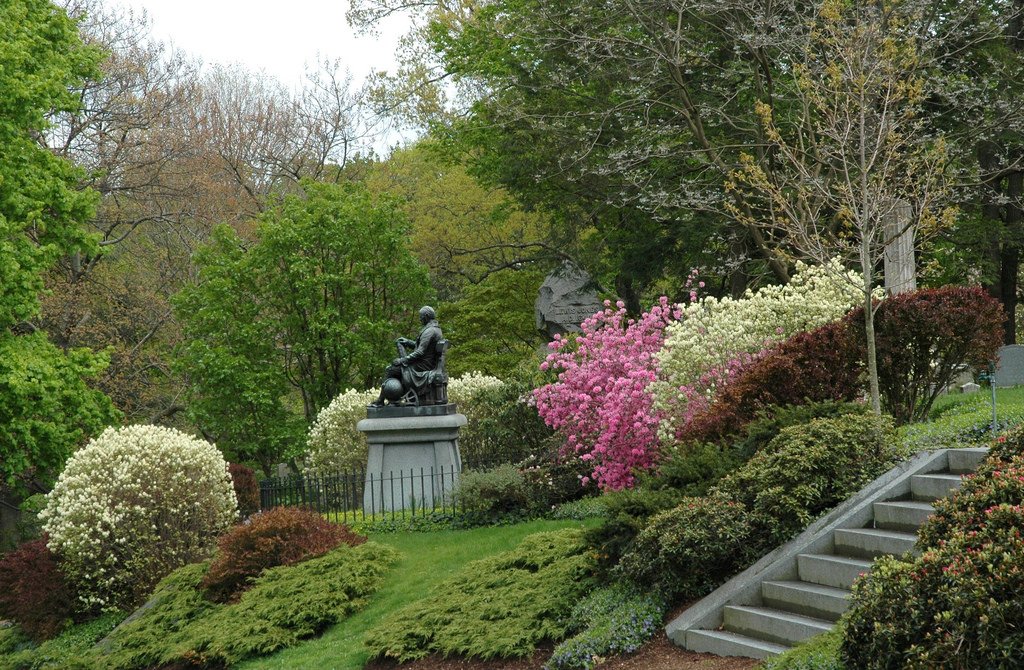 View from the top of Washington Tower, a major attraction in the cemetery. Photo Courtesy google advanced search used with permision https://www.flickr.com/photos/cdevers/4056119481 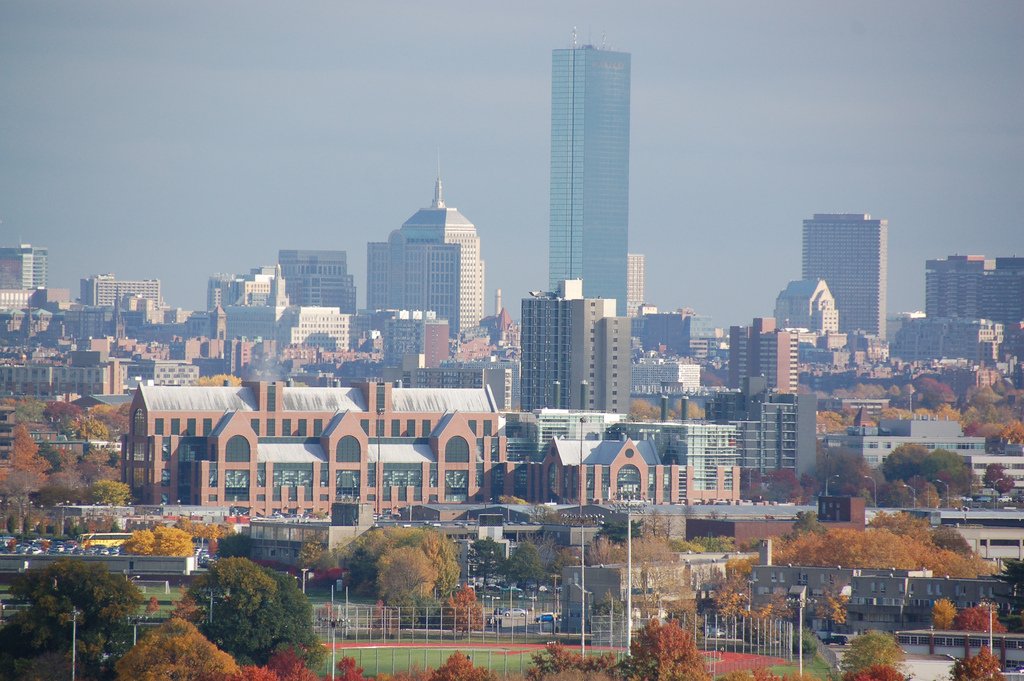 Photo of Washington Tower. Visitors climb to the top to see spectacular views of Cambridge and Boston. Photo used with permission from https://www.flickr.com/photos/cdevers/4048838694/in/photostream/ 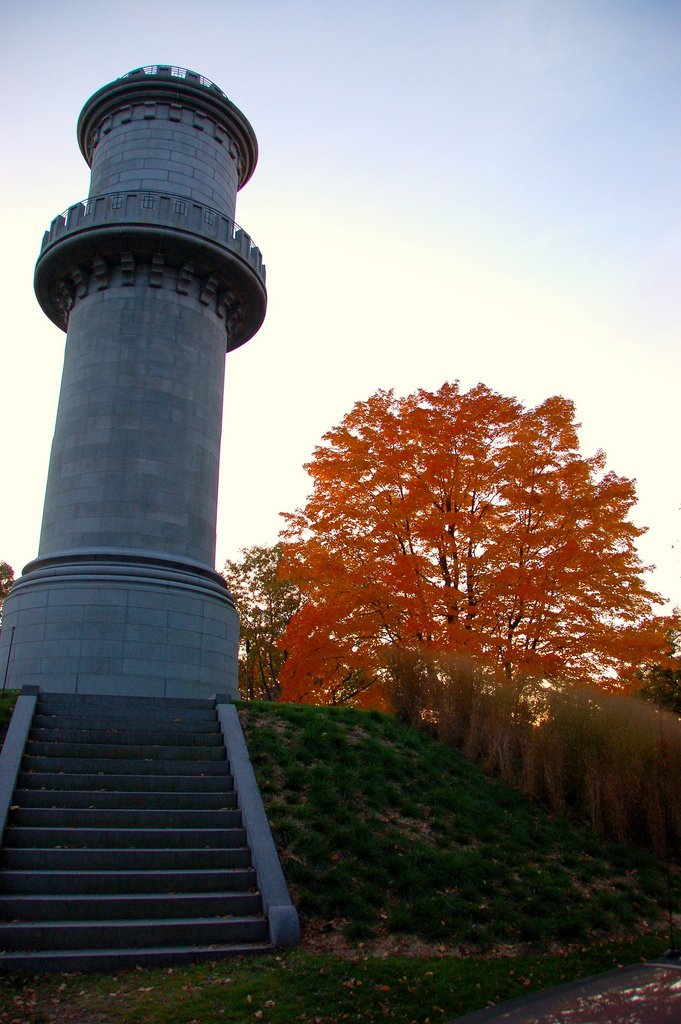 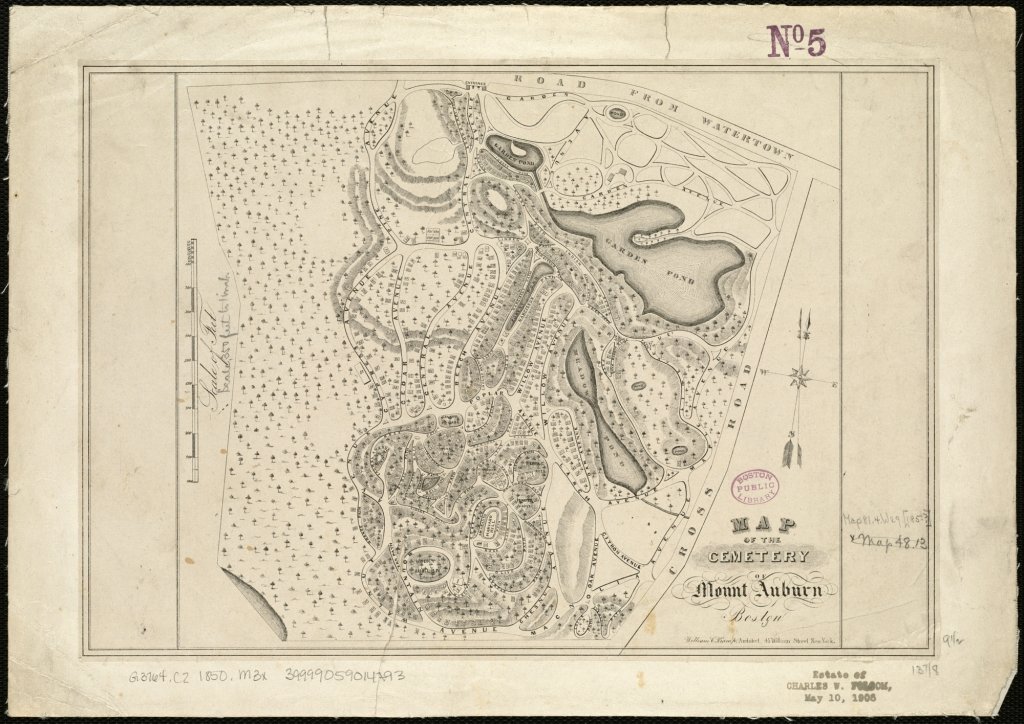 Mount Auburn Cemetery was built out of necessity, but was also meant to capture the beauty of plant life and to provide the tranquility of a garden, all while honoring the dead. In the 1800s, many citizens and doctors were worried about the rising number of burials, and feared that crowding in tight urban cemeteries would cause diseases to those still alive[3]. Perhaps the best example of the overcrowded city is that of Lowell, an industrial area that grew too fast for the environment, destroying much of the natural land around it [5]. In response to these concerns of desolate landscapes and destroyed or polluted lands (like that of Lowell) Boston doctor and Harvard professor Jacob Bigelow had the idea for a “rural” cemetery far from the city center that allowed for families to be buried alongside beautiful scenery with flowers and trees—and plenty of space [3]. According to Thomas Bender, the rural scenery and secluded location became a place "where soft sunlight opened new sights to eyes hardened by the factory's darkness" and provided a distinct break from the overcrowded and gray city [5]. As he points out, the cemetery successfully became a space to escape the Lowell-era industrial city centers and urban landscapes.

To achieve this desired "rural" effect, Henry A.S. Dearborn of the Massachusetts Horticultural Association and designer of Mount Auburn Cemetery, used ideas from Abney Park in London and Pere Lachaise in Paris, featuring great plant-life and long paths; the beauty of the gardens surrounding the burial sites marks a distinct change from previous cemeteries like Granary and Copp’s Hill Burial Ground, which were built with colonial-style architecture [1].

In 1835, the cemetery became a nonprofit organization dedicated to “horticultural experimentation” including planting trees and vegetables, building ponds, and learning about botany [3]. The reaction to the cemetery was overwhelmingly positive by many, becoming a template for future rural cemeteries [2]. In fact, the plans were so successful that many consider the cemetery to be one of the most important landscaping designs in the country, earning its place as a National Historic Landmark in 2003 [4]. However, not all of the seemingly positive reactions to the cemetery were voiced. For example, it is said that the people who gave the most praise to rural cemeteries were those who were big into urban business, who essentially created the Lowell-like conditions that made people need rural landscapes in the first place [5]. Thus, the most heard voices about these cemeteries were from people who were benefitting from them in some way.

Today, the cemetery "inspires all who visit, comforts the bereaved, and commemorates the dead in a landscape of exceptional beauty" [4]. This mission statement, from the cemetery's general website, represents the legacy of Mount Auburn, which is that of "exceptional beauty" that honors the dead while also enlightening those who visit. Not only is Mount Auburn Cemetery important because of the way it changed cemetery layouts and locations, but also because it "inspires" people who visit, demonstrates an appreciation for the dead, and an appreciation for horticulture. The cemetery is open for the public to enjoy still today.